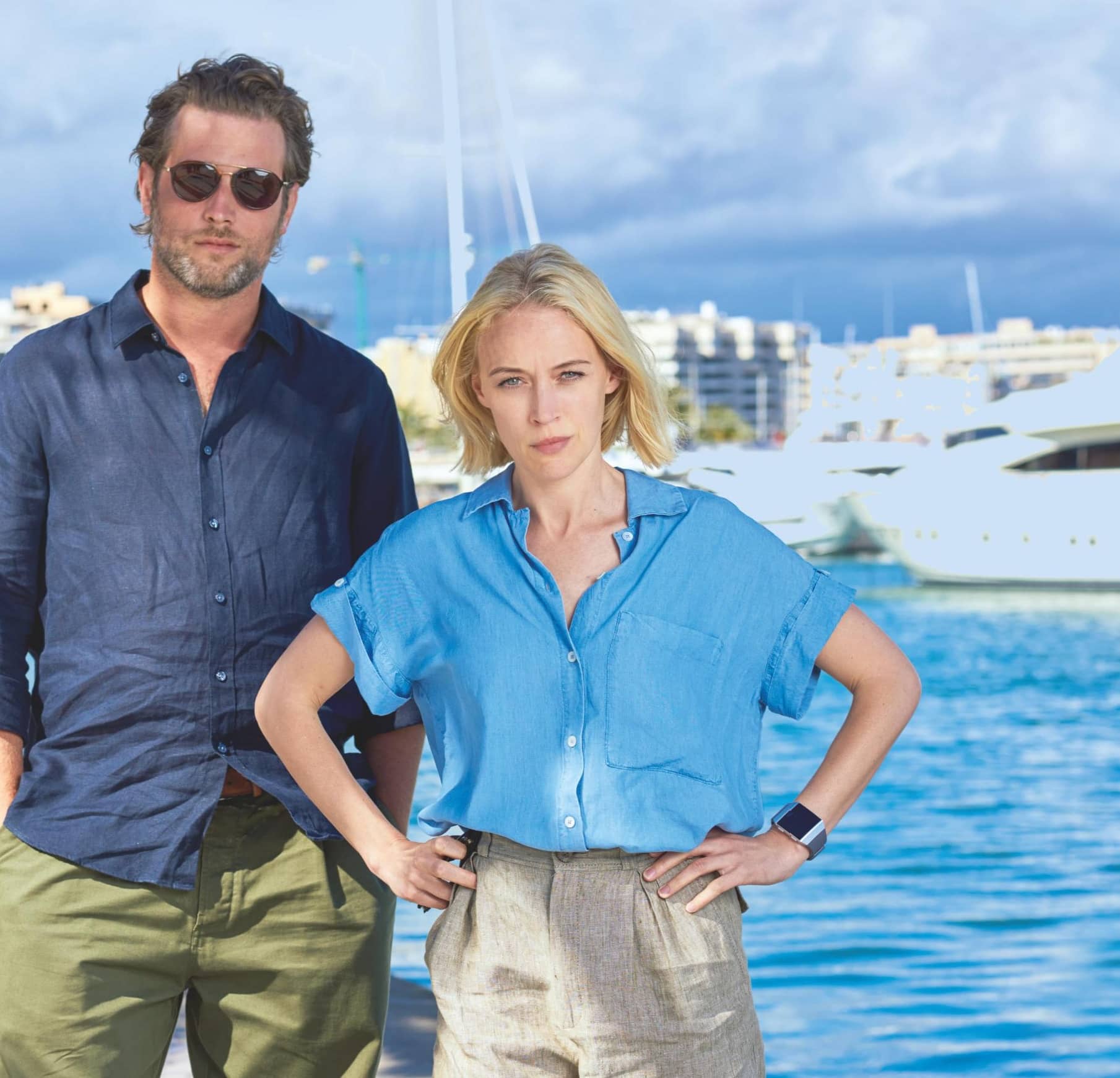 Emma Bullimore
Lucky TV Times has been invited to the beautiful island of Mallorca, the setting for BBC1’s new daytime crime caper The Mallorca Files. The marina offers a glistening backdrop for a buddy-cop adventure, which promises the romantic intrigue of 1980s US comedy Moonlighting and the fun of crime-solving shows like BBC1’s Shakespeare & Hathaway.

They might rub each other up the wrong way, but a twist of fate forces them to work with each other, cracking all sorts of cases, from murders to sports doping in the cycling world.

Written by The Good Karma Hospital and Trust Me creator Dan Sefton, the show – which has just been commissioned by the BBC for a second series – will leave you guessing whodunit, and wondering how quickly you can book a getaway to a Spanish island!

How would you best describe The Mallorca Files?

Julian: It’s a feelgood series about two mismatched cops with different approaches to investigating a crime. There’s lots of sun and fun – and five different languages spoken on set. I will also be dubbing myself into German for the first time!