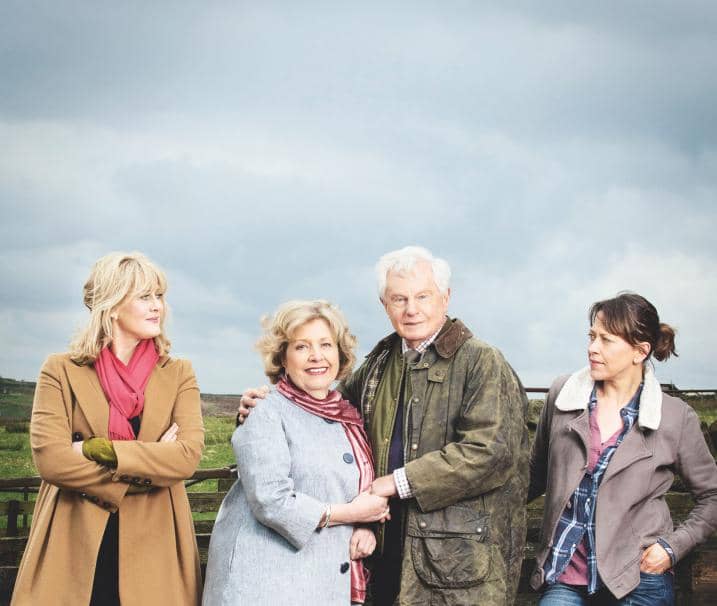 Plot details are well and truly under wraps at the moment, but we’re sure Sir Derek and Anne’s reunited childhood sweethearts Alan and Celia will still be dealing with trouble and strife caused by their respective daughters Gillian and Caroline (Nicola and Sarah)! The four-parter will hit our screens next year. 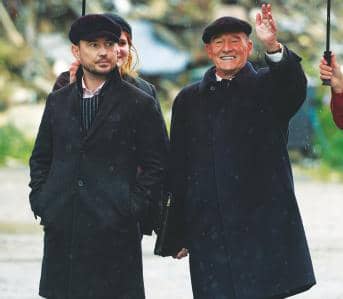 The plot sees Line of Duty’s Martin Compston and Gentleman Jack’s Sophie Rundle play a couple who’ve been trying for a baby for years when a chance encounter with teenager Kaya (TV newcomer Mirren Mack) leads them to ask her to be a surrogate.

Hatton Garden’s David Hayman (above, with Martin) also stars and it’s expected to air in 2020. 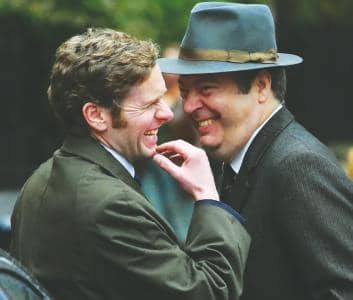 We love this sweet snap of Shaun Evans and Roger Allam having a laugh in between filming scenes in Oxford as Endeavour Morse and Fred Thursday for the seventh series of the classy period crime drama.