The door of Room 104 is opening again for a second series of the darkly comic anthology set in a seemingly ordinary room in an American motel, where strange, life-changing and sometimes surprisingly emotional events occur as different guests check-in.

Also available as a box set, the 12part series begins on Sky Comedy with a double bill, which sees a 30th birthday for Gracie (House’s Charlyne Yi) ruined by the arrival of her sister, before the second episode sees Jim (Star Trek: Discovery’s Rainn Wilson) confront a former teacher. 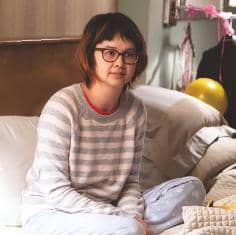