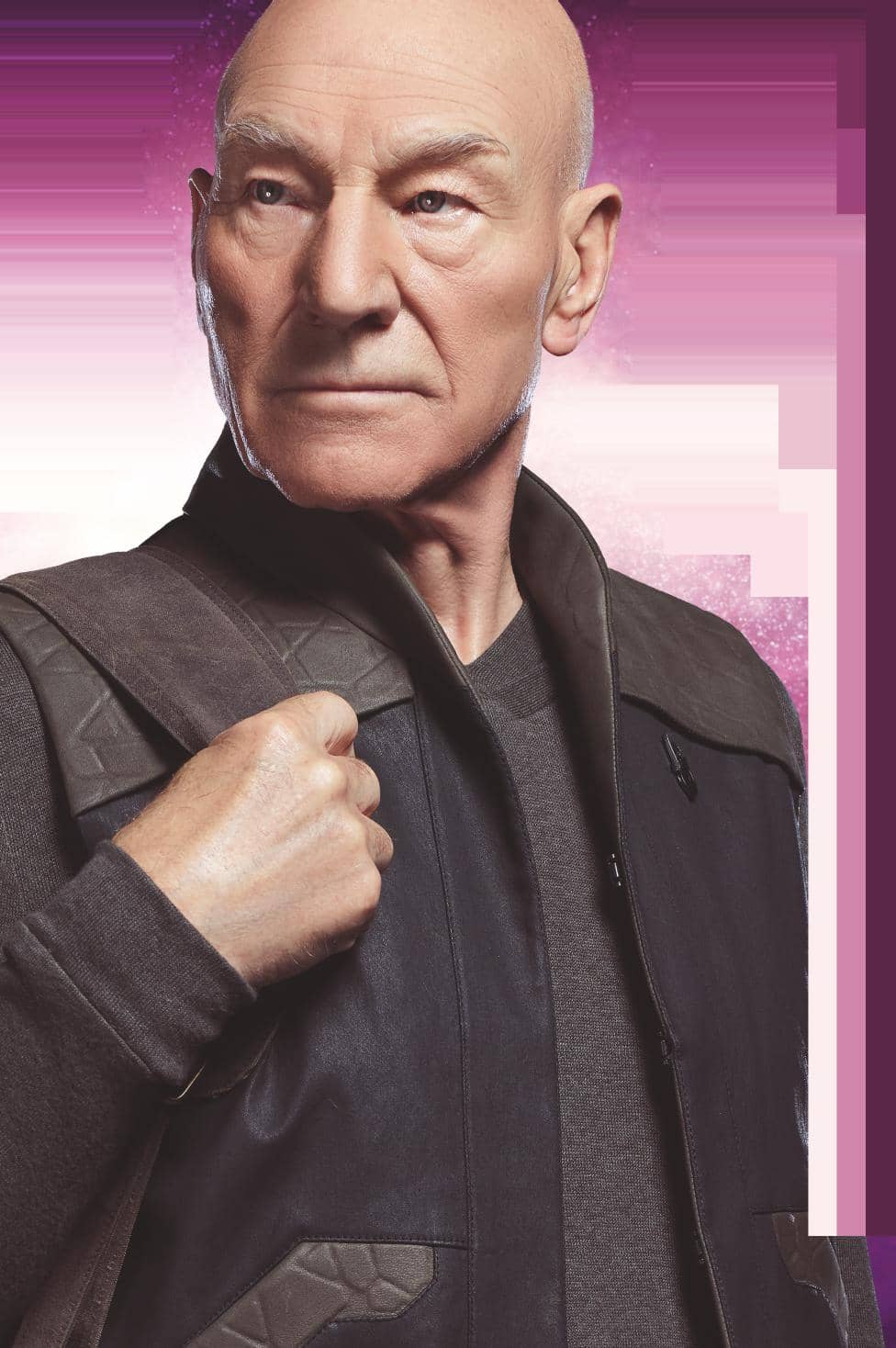 Sir Patrick Stewart ‘makes it so’ this week when he returns to his iconic role of Jean-Luc Picard in an epic new 10-part Star Trek series that beams onto Amazon Prime Video.

It’s 33 years since the British actor first appeared in the role of the tea-drinking starship captain in the TV series Star Trek: The Next Generation. Now, Star Trek: Picard rejoins the character in the year 2399 as he embarks on the next chapter of his life.

‘Picard is a lot older and we’re not shying away from that – we’re dealing with a man who’s in a very different place in his life,’ says showrunner Michael Chabon. ‘Yet it was terribly important to everyone that he remains fundamentally Picard.’

As the series opens, we find Picard working on his family vineyard, still deeply affected by the death of his starship colleague Data and the later destruction of the planet Romulus. But he is drawn into his former world once again when a mysterious woman named Dahj (Isa Briones) comes to him, asking for his help.

‘Events began to unfold that conspire to take Picard back to the stars,’ reveals the show’s executive producer Alex Kurtzman. ‘But because he’s no longer a member of Starfleet, he no longer carries the weight of that behind him.