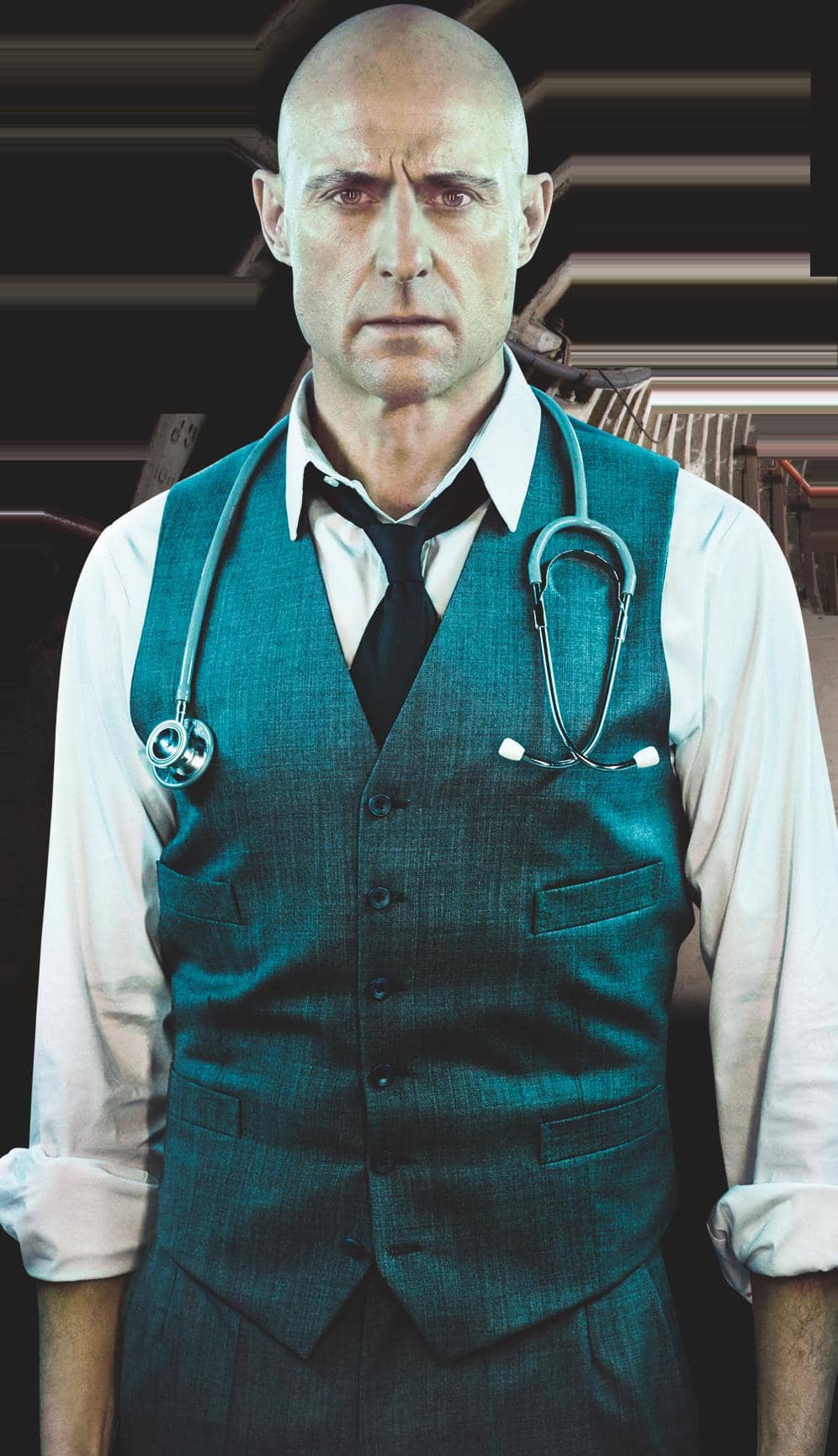 A surgeon takes drastic action when his wife is diagnosed with a life-threatening illness in Sky One’s dark new eight-part thriller Temple, adapted from the hit Scandi noir series Valkyrien.

Deep State’s Mark Strong stars as surgeon Daniel Milton, who, unable to simply stand back and watch his wife Beth die, sets up an illegal clinic beneath Temple Underground station in London, in a desperate bid to find a cure.

With the help of a disaffected transport worker, Lee (Line of Duty’s Daniel Mays), who has access to a vast labyrinth of tunnels, Daniel creates a clandestine medical facility to help anyone willing to pay for treatment outside the system. But how long will it be before his secret is uncovered? We caught up with Strong, 56, to find out more…

What kind of man is Daniel Milton?

He’s a good man, but makes risky decisions that put people in danger for the love of his wife. There are times when the audience will support him and think he’s doing the right thing, but there are other occasions when he might lose their confidence. It’s the back and forth that I’m interested in. You push people to the edge and make them feel like he’s terrible and then bring them back because they realise maybe he’s doing this for a good reason. It’s fun!

How does the story start?