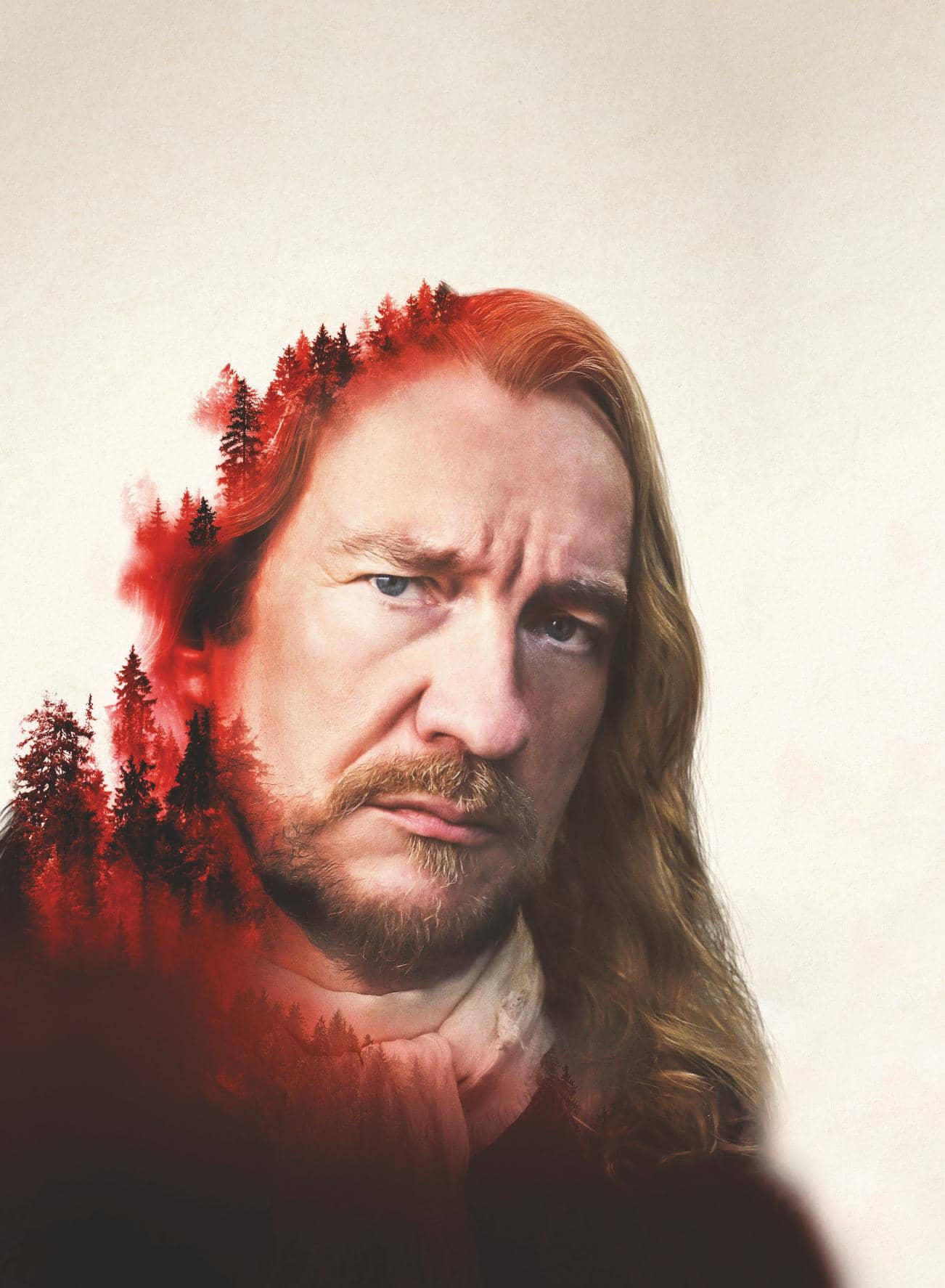 The eight-part drama, which begins with a double bill this week, follows European colonists as they arrive in the French North American Empire, better known as New France, in the late 17th century. From the rich and powerful to traders and servants, the settlers plant their flags in Canadian colonies. They each have a personal motive for being there and their own ambitions for the land, but a massacre will change everything.

‘It’s the 1690s and lots of different types of people are trying to settle in New France, completely taking advantage of the indigenous nations and taking land from people,’ explains Aneurin Barnard, 33, who plays Hamish Goames, a trader working for the Hudson’s Bay Company.

‘Immigrants are attempting to set up shop and start a new life, dreamers are trying to find their feet and people are ducking and diving, willing to sacrifice anyone for anything.’

Barnard adds that the drama has a strong environmental message as well as the ethical one at its heart.