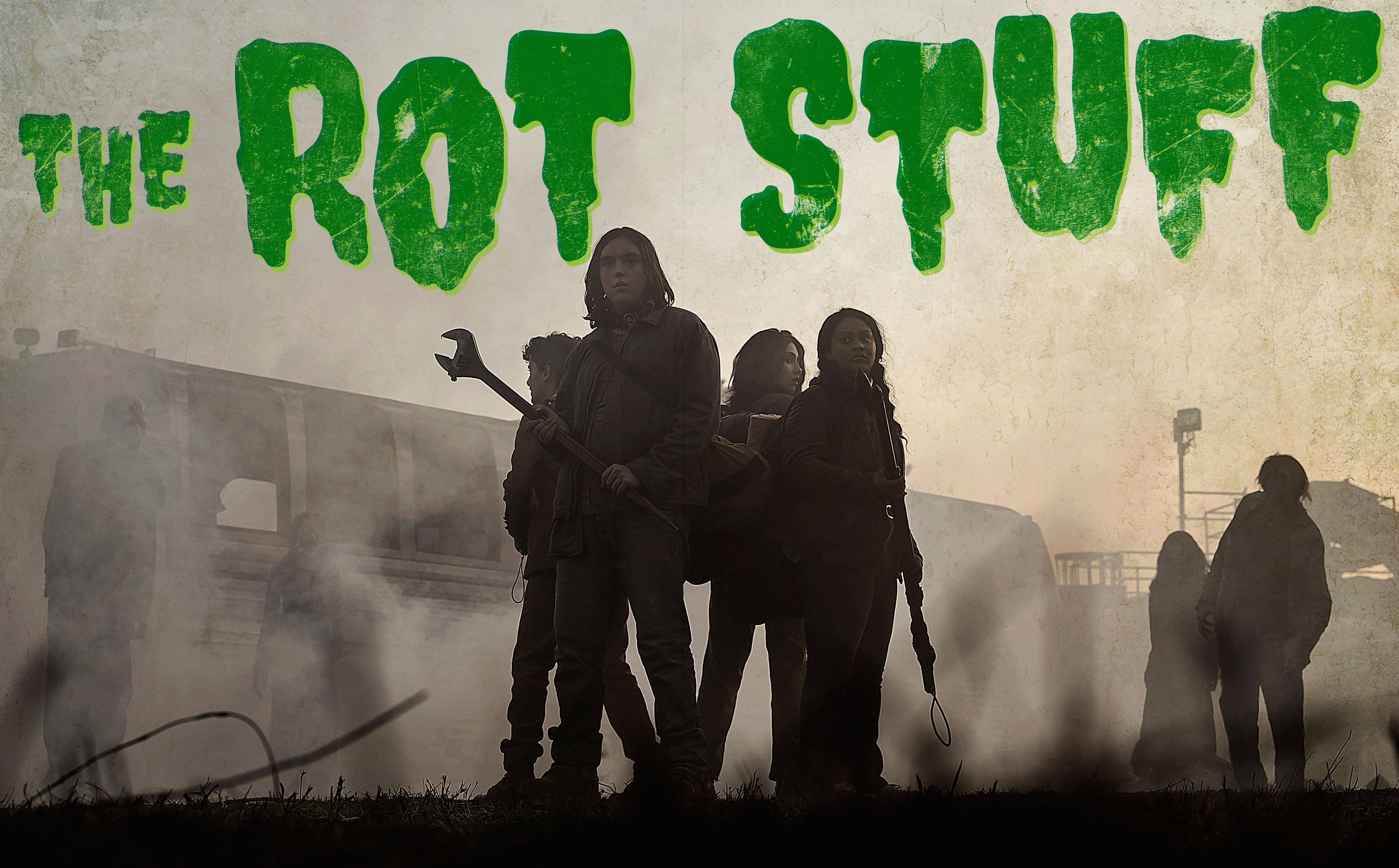 TIME FOR A FRESH TAKE ON ROTTING FLESH – WHAT IF YOU’VE GROWN UP IN THE APOCALYPSE AND NEVER REALLY HAD TO FACE THE UNDEAD? THE WALKING DEAD: WORLD BEYOND SHOWRUNNER MATTHEW NEGRETE PUTS HIS TEENAGER CHARACTERS THROUGH THEIR PACES…

THE LATEST INSTALMENT IN what’s recently been christened The Walking Dead Universe is set a decade after the world turned. The pilot episode of the two-series limited event, The Walking Dead: World Beyond, briefly takes us behind the fortified walls of the Campus Colony of Omaha. It’s one of three cities that forms part of a network – with mysterious organisation the Civic Republic Military playing an as yet undisclosed part in the running of a new order.

As SFX caught up with showrunner Matthew Negrete in an old-world phone call, he was wrapping up post-production on season one while wrapping his head around how season two is going to play out. Which means we have to go right back to the beginning…

“The kernel of what actually became this show was the brainchild of Scott M Gimple, who is the Chief Content Officer of The Walking Dead franchise,” Negrete explains. “I was a writer on Walking Dead from season four through season nine, and he had the same instinct I think a lot of fans did – and I certainly did, as a writer on the show – which is The Walking Dead is one show following one group in a very specific area, from Georgia to Virginia. Robert Kirkman set up in the comics that that was what was happening – this zombie outbreak, as it were, was a worldwide thing. And so that obviously begs the question of, ‘What else is happening in the world?’”

This, it turns out, is a prelude to the recently announced Tales Of The Walking Dead anthology series.

“I was always wondering what was happening in other corners of the universe, and I know Scott was as well. So the minute we talked about this show specifically, we wanted to do something that felt very different and very fresh. We wanted to explore this zombie apocalypse, as it were, through different eyes.”

Those eyes? Young ones. Specifically, teenagers who had grown up only really knowing the world post-fall. When sisters Iris and Hope discover that their father – working in an undisclosed location for the Civic Republic – is in trouble, they set out to leave the safety of the colony, joined by outcasts Elton and Silas, embarking on a mission to find him and the answers they need. Following notfar behind is Felix, their protector, who’s indebted to their father for taking him in after he was kicked out by his parents for being gay. All, without realising it, are on their own journey of discovery.

What’s it like joining the expanding world of The Walking Dead?

It’s probably the most scary thing I’ve ever done in my life. Before The Walking Dead I was mortified of the undead. We have Universal Studios, the theme park, here and I go to Halloween Horror Nights every year. The one maze I have never done was The Walking Dead, because it terrifies me. And of course, literally the first scene that I shot, the first day, it was a scene with 20 different walkers. I was like, “Oh, the first day… who did this?”

Tell us about Iris…

She’s everyone’s favorite counterpart. She’ll be your math tutor. She’s the head of student body government, she’ll babysit for you. You can basically depend on her for anything and everything. She’s very loyal. She comes to a realisation at some point that she was living her life dedicated to everyone else instead of herself. And that causes her to transform into a serious adventurer ready to take on anything against her past. All in order to find out who she is, outside of who everyone thinks she is. She basically took on any role that everyone needed to take on. And this is her first time that she’s doing something for herself. And it’s a huge breakthrough for her.

How does World Beyond fit into the wider Walking Dead Universe?

There are definitely some Easter eggs and different concepts that have been introduced in The Walking Dead flagship series, or Fear The Walking Dead, that are in it. I think our show is definitely here to shed some light on the special parts of all the other series.

How does World Beyond differ?

You’re seeing the apocalypse from the point of view of two teenage girls, as opposed to a solely adult perspective. One thing I think these kids are showing is we have drive. It’s not just rebellion. It’s a natural, healthy curiosity about the world, and about who we are going to become in the world. And we have a right to figure out what it is.

“I was a fan, growing up, of coming of age movies,” Negrete admits. “Stand By Me was a really huge favourite of mine in the ’80s. So the opportunity to tell a coming of age story in the apocalypse is so fresh, it’s so different. I think that there’s something in this show that everyone can relate to and that’s what made me so excited about it.”

Something else that’s new to this show is that the core characters haven’t really had to come face to face with the undead all that much – and their privileged lives thus far might not work in their favour outside Campus Colony.

“They know, intellectually, how to fight Walkers, or Empties as we call them on this show, but they’ve never done it,” Negrete points out. “They’ve just been taught. So how do you adapt to that when you find yourself out in the world? What does that mean, to know that intellectually, be taking classes on how to survive and how to fight these things – but to find yourself actually doing it? That was really interesting to me.”

As you might expect, World Beyond will build on pre-existing mysteries – it’s set in the same year as season 10 of the lead show, which means one big question will be addressed sooner than expected.