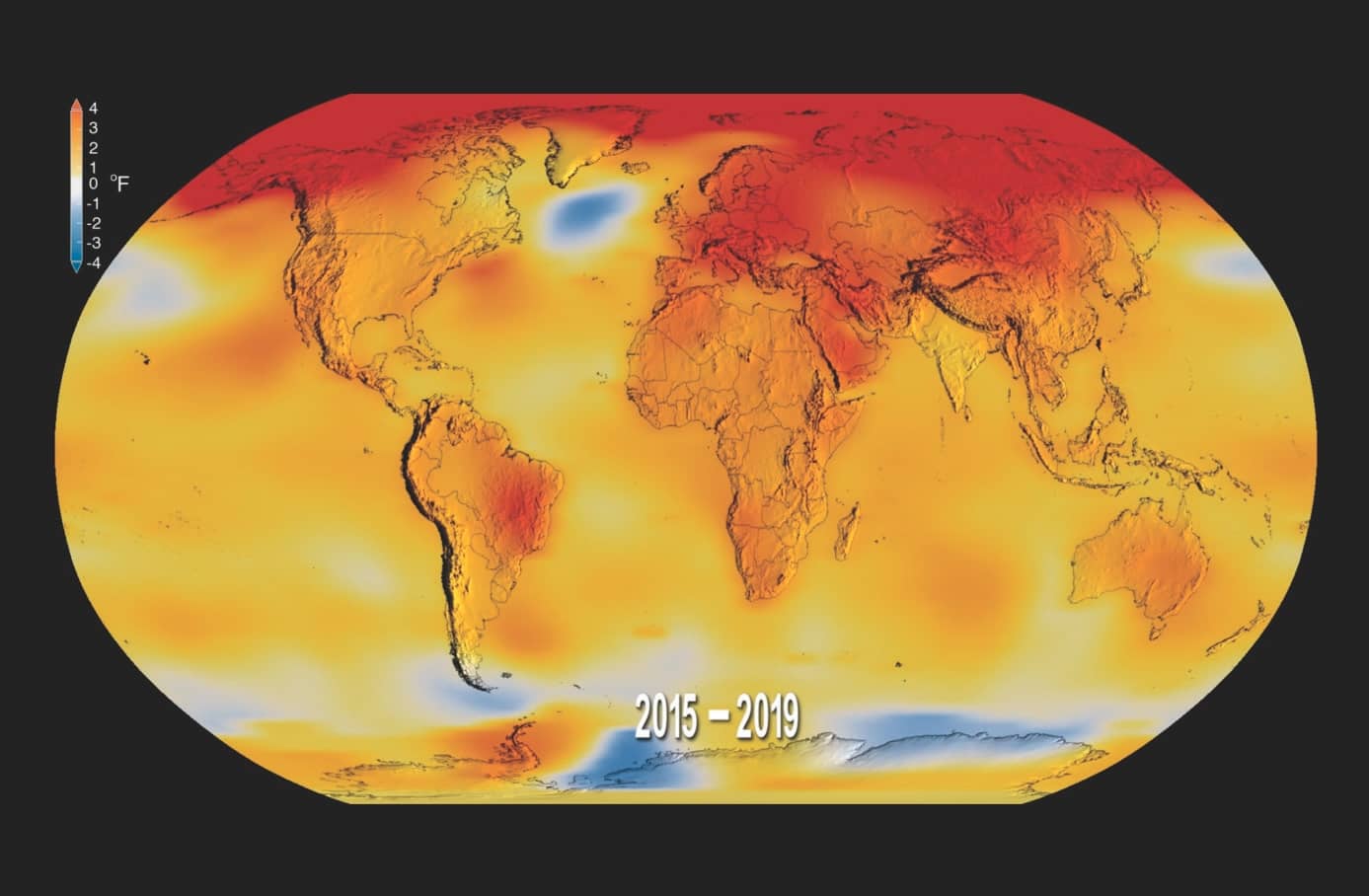 There is no stopping climate change — the seas and the temperatures will rise. But how bad it gets is still up to us

IT’S 69 DEGREES FAHRENHEIT in Antarctica as I write this — T-shirt weather in the coldest, most remote place on Earth. Bush fires are blazing in Australia — so far, 16 million acres have been burned, and by one count, a billion animals have been lost. There is a marine heat wave in the Pacific and devastating floods in Indonesia. You probably know this. You might be freaking out. If you are, it’s because you understand a central fact of 21st-century life: The longer we wait to get off fossil fuels, the hotter the world will get, and the faster climate chaos will accelerate.

This is not about saving the planet. For one thing, the planet itself is not at risk — in its 4.5billion-year history, the Earth has been through much worse than anything we can throw at it. It’s civilization as we know it today that’s in trouble. Second, the whole notion of “saving” anything is a flawed way to think about the crisis we are facing. Yes, it is more important than ever that we eliminate fossil fuels and reduce suffering and loss in a warming world. And, yes, the faster we get off fossil fuels, the better chance we have to make sure we don’t push the climate system past irreversible tipping points, such as the collapse of the West Antarctic Ice Sheet, which could raise global sea levels by 10 feet.

But no matter how fast we act, we are not going to “fix” the climate like a doctor fixes a broken leg. “The Earth’s climate is not a binary system or a switch that you can toggle on and off,” says Kate Marvel, a climate scientist at NASA’s Goddard Institute for Space Studies in New York. Even if we stopped burning fossil fuels tomorrow and stabilized the Earth’s temperature where it is today, we would stil l face several feet of sea-level rise in the coming century, as well as collapsing coral reefs and changing rainfall patterns. “The notion that we can avoid climate change is unequivocally false,” says Marvel. “We’re at 1 degree of warming now, and we’re already seeing the impacts of climate change very clearly with wildfires, flooding, and other extreme weather events. But it’s also true that our actions over the next decade very much matter.”

We have already crossed one of the most important thresholds of the climate crisis: We’ve gone from “Is it happening?” to “What are we going to do about it?” In this new world, there are no solutions — only better and worse choices about where we will live, how we will live, who and what will survive, and who and what will be lost. Above all, it’s a world that will be defined by how hard we are willing to fight for our future.

“We might be living in a horror movie right now, but we are the ones writing the script,” says writer Mary Annaïse Heglar. “And we’re the ones who will decide how this movie will end.”

FROM THE EARLIEST DAYS of the climate crisis, scientists have struggled to define the risks of life on a warming planet. “We have understood the basic physics of climate change for more than 120 years,” says Andrew Dessler, a climate scientist at Texas A&M. But nobody was too worried at first. The warming of the planet, if it was seen as a threat at all, was viewed as a faroff, distant event, something that would play out over century-long time scales.

The warming is a result of the slow accumulation of carbon dioxide in the atmosphere, which traps heat just like the glass roof of a greenhouse. Unlike other air pollutants, such as the chemicals that cause smog, which vanish as soon as you stop emitting them, a good fraction of CO2 that was emitted while factories forged cannons during the Civil War is still in the atmos phere today, and will remain for centuries into the future. “The climatic impacts of releasing CO2 will last longer than Stonehenge,” wrote climate scientist David Archer. “Longer than time capsules, longer than nuclear waste, far longer than the age of human civilization so far.” The fingerprints of accumulating CO2 in the atmosphere were also hard to detect, at least in real time. In March 1958, when scientist Ralph Keeling first started measuring it from the Mauna Loa observatory in Hawaii, the CO2 level in the atmosphere was 315.71 parts per million. A year later, it was 316.71 parts per million. Why would anyone be alarmed by an increase of one part per million of CO2?

But in the atmosphere, small changes over time can add up to big impacts. In 1988, NASA scientist James Hansen testified before the U.S. Senate that the burning of fossil fuels was now altering the Earth’s climate. “Global warming has reached a level such that we can ascribe with a high degree of confidence a cause-and-effect relationship between the greenhouse effect and observed warming,” Hansen said. “It is already happening now.’’ He and other scientists understood the implications of this warming — droughts, heat waves, sea-level rise. But they didn’t have a clear timeline for when these impacts would occur or how severe they would be.

Big Oil and Big Coal understood the implications of rising CO2 levels all too well. They immediately began cranking out propaganda arguing that a warmer world was a better world. Groups like the Greening Earth Society argued that more CO2 meant plants would grow faster, agriculture would boom, and we would all enjoy more days at the beach. Companies like Exxon (now ExxonMobil) began spending hundreds of millions of dollars in a well-orchestrated campaign to deny, confuse, and block any understanding of the risks of burning fossil fuels. In the coming years, they organized and funded industry groups with innocuous-sounding names like the Global Climate Coalition, and poured money into conservative think tanks like the Competitive Enterprise Institute and the Heritage Foundation, where undermining climate science was job one.

In addition, there was a collective-action problem. Even if half the nations of the world decided to slash carbon pollution, if big fossil-fuel burners like the U.S. and China didn’t take action too, the problem wouldn’t be solved. Many leaders saw restrictions on carbon as hobbling their economy and thus jeopardizing their political power. As Dan Dudek, a vice president at the Environmental Defense Fund, puts it, “What president or prime minister is going to restrict fossil fuels if it means he or she will be turned out of office?”

But the biggest issue was simply defining the threat of global warming. With nuclear weapons, the risks were clear: Start a war, and millions of people could die in minutes. The ozone hole was similarly clear-cut: If you let deadly levels of radiation hit the Earth, you get cancer and die. In both cases, global treaties were effective in reducing risk. But with global warming, the threat was not so clear. Nobody was going to die — at least, not directly — from a few more parts per million of CO2 in the atmosphere.