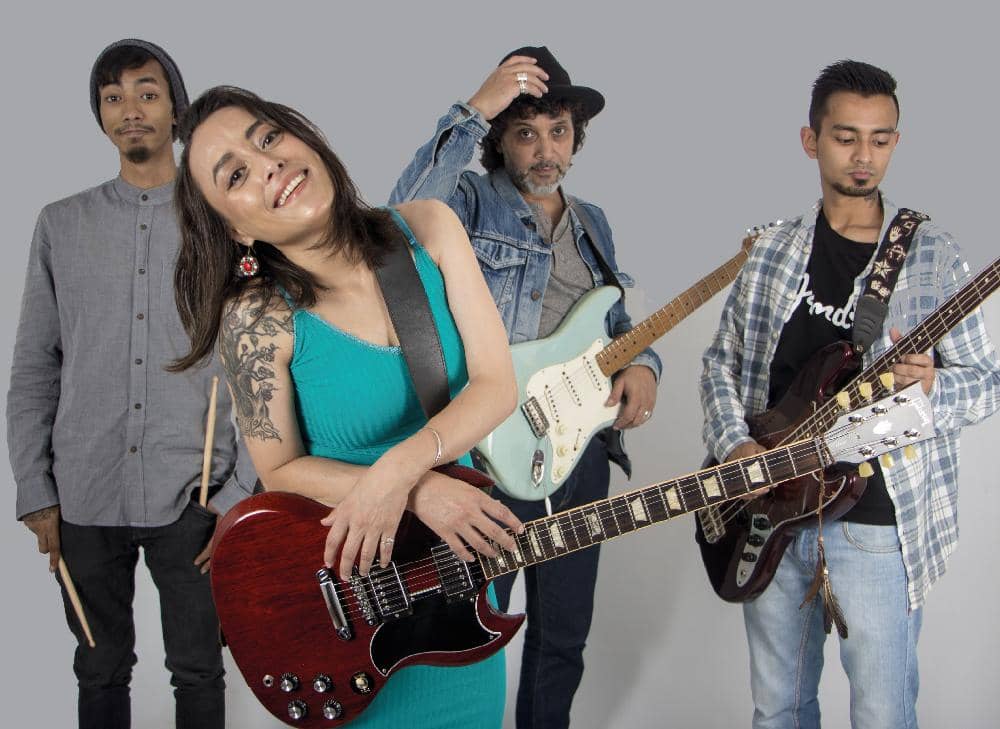 Shillong blues experts Rudy Wallang and Tipriti Kharbangar talk about the making of their latest record, livestreams and more

On August 1st, Shillong blues rock aces Soulmate launched their fourth full-length album Give Love in the only way any band could in 2020 — via a livestream performance. Straight out of guitarist-vocalist Rudy Wallang‘s Hole in the Wall studio in Shillong with co-founder and powerhouse vocalist-guitarist Tipriti Kharbangar, the duo were understandably awkward the first few minutes until the music kicked in and they got in the groove with the band and even invited guests over virtually.

Over the phone from Shillong, Wallang recounts to Rolling Stone India, “It was pretty weird… we’re used to talking to people and interacting with people on stage, but then here in this kind of scenario, we have to look at the phone or look at the iPad and see who is coming in and say hi. You don’t hear the applause, you just see hearts and you see claps.” He’s laughing by this point but is quick to add that they’re learning to become more comfortable with the idea of virtual gigs and how future shows will likely be ticketed and employ better tech for optimum audio and video quality.

Kharbangar says she’s not one to play music and interact with people at the same time, but mentions that Wallang has been training her. She doesn’t mind getting into it either and reading comments between songs. “In the end, they are the ones who’ve taken their time and watched you and probably shell out a little money for us, so we always take time in checking out the iPad and commenting and calling out their names,” she says.

This is not only Soulmate adapting to the times nearly two decades since they’ve come together, but also just a powerhouse band who want to perhaps live up to the blues tradition. Their fourth album Give Love — arriving just about six years after 2014’s stellar Ten Stories Up — offers 10 tracks of Soulmate at their soaring (“Voodoo Woman”), impeccable and openhearted (“I Sing the Blues”) best but also includes important commentary on political corruption, like on the rousing “Hole In Your Soul” which features a kids chorus that the duo rounded up from near their homes and the blazing “Troubled Times.” According to Wallang, these are positive songs that shine the light on how actions by corrupt statesmen in the present would jeopardize the future of children.

In an interview with Rolling Stone India, Wallang and Kharbangar discuss the creation of Give Love, recording at their own pace in Shillong and more. Excerpts:

When did you begin writing Give Love and what are some of the older and more recent songs that made it to the album?

Rudy Wallang: I think, “Voodoo Woman” was a dream for sure because we’ve been playing for many years and a lot of people thought it was our song, and later on they realized it was [American blues singer] Koko Taylor. But then it became our song in a way because people’s first introduction to that song was through Soulmate. And if I may say so myself, I think we did pretty good justice to that song. Koko would be pretty proud of us. So we approached [Chicago blues label] Alligator Records and we bought the mechanical license for that. We were able to put that on the album. Then I think “Your Love,” the last song on the album, we had played that quite often, for maybe about four or five years.