Raftaar: ‘I'm a Paradox In This Industry 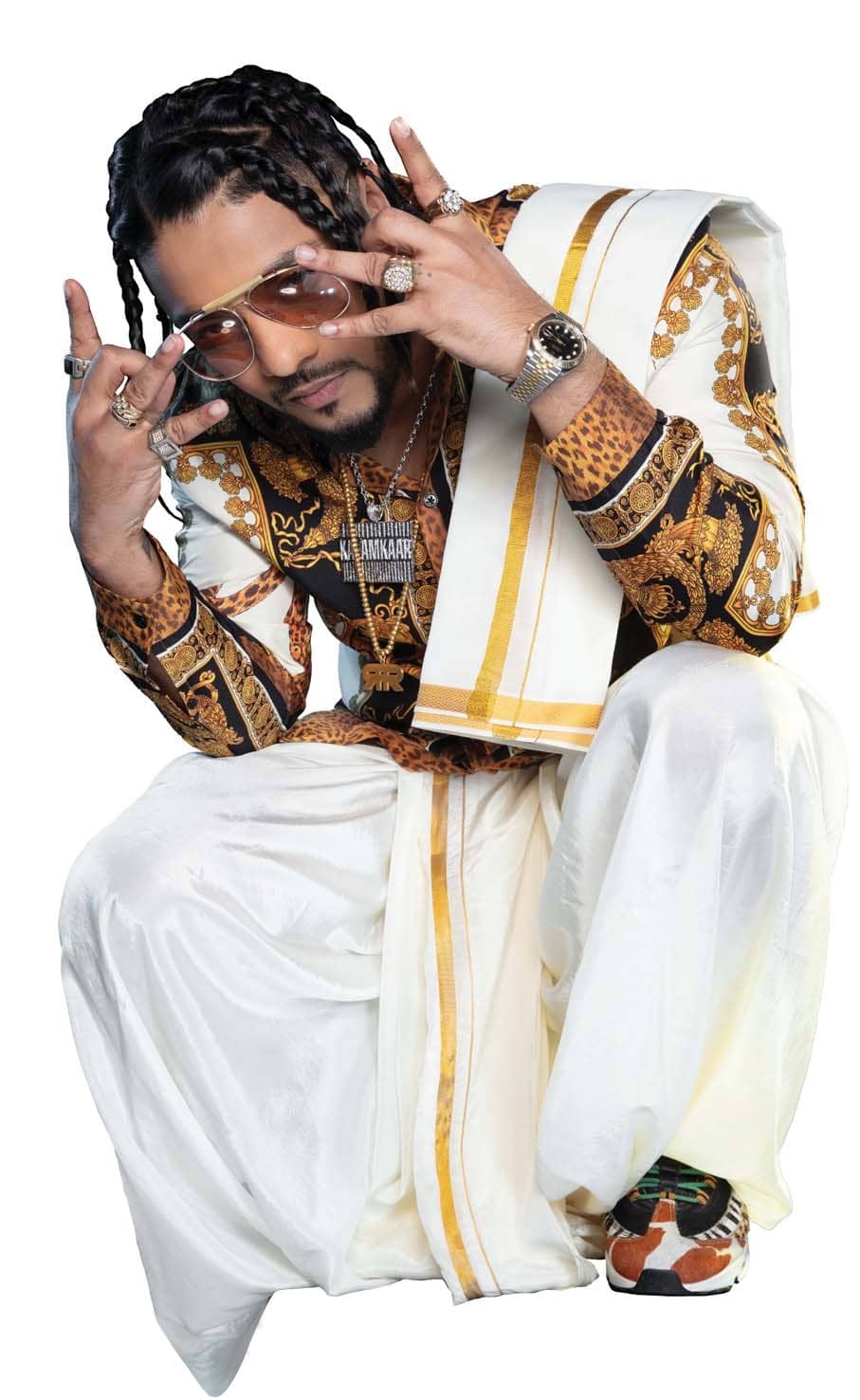 The hip-hop artist talks about the release of his fulllength album ‘Mr. Nair,’ why he doesn’t want to play a hero in a movie and how Indian rap can go global

STUCK IN MUMBAI due to the ongoing national lockdown, hip-hop artist Raftaar is not entirely unhappy but he wishes he was back home in New Delhi with family, his puppies and his studio at his beckoning. “It would’ve been different,” he says over the phone.

A lot would have been different if Raftaar had his way, considering he released his new album, Mr. Nair, last month, following up 2018’s Zero to Infinity. There were singles released beforehand like “Main Wahi Hoon,” getting Bengaluru-based rapper Brodha V on the mic for “Naachne ka Shaunq” and calling on his label Kalamkaar’s signee KRSNA for “Damn” all released via Zee Music, who have also released Mr. Nair. But Raftaar wanted this to be an album and he’s specifically leaving songs to have their own life, without being given the video treatment that many artists often indulge in, especially when they have label money. He says, “As an artist, we want to make each song count and not necessarily by giving it a single treatment or putting out a video for every song. For example, a song like ‘Proud’ or ‘Down,’ I’m expressing what’s in my heart. I started off as a writer and a rapper, so the core intention is to put everything in my heart out there for people to hear it.”

In his ambitious pursuit of creating a no-skips album, Mr. Nair is woven through personal stories and journeys of the rapper, producer and in this case, what Raftaar dubs “a director.” He explains, “I was directing the entire journey. From the last album to this one and the singles in between, the importance has been on learning. Self-dependency has to increase as well.”

Speaking to Rolling Stone India right after the launch of the album online, Raftaar gets candid about film roles, working in Lisbon with producer-DJ Tom Enzy and Indian hip-hop’s global appeal. Excerpts:

Why do you believe in full-length albums?

Because of the legacy. We’re old-school people, we come from the era of CDs and cassettes. What were cassettes? They were treasures for people. They’re still safe. Nothing in the digital world is going to remain for a long time… a server can crash or anything else can happen. I just wanted to leave a legacy behind.

Which album was a no-skips album you would hear from start to finish that made you realize the importance of a full-length?

I have heard every album by The Game, every album by Eminem, I’ve heard Hybrid Theory and Meteora, Linkin Park was incredible. Sean Paul ka The Trinity bohot sunta tha. All these albums had so much to them – there was hardcore rap, fun rap, there was serious stuff, harsh rock and metal. Chester [Bennington, vocalist] was such an ideal vocalist, man. In fact, my first introduction to rap was Linkin Park’s ‘In The End’ with Mike Shinoda. I was rhyming ever since I was a kid, not knowing it was rap. I would just rhyme stuff for fun and send it to my mom or write it down, because it fascinated me. When I heard ‘In The End’ and Mike Shinoda’s part, I thought, ‘Dude! He’s rhyming and I do the same!’

I keep saying it’s very necessary for you to be a wannabe in the beginning, because that is when you want to be in life. Learning over time is the only thing that will take away this wannabe phase.