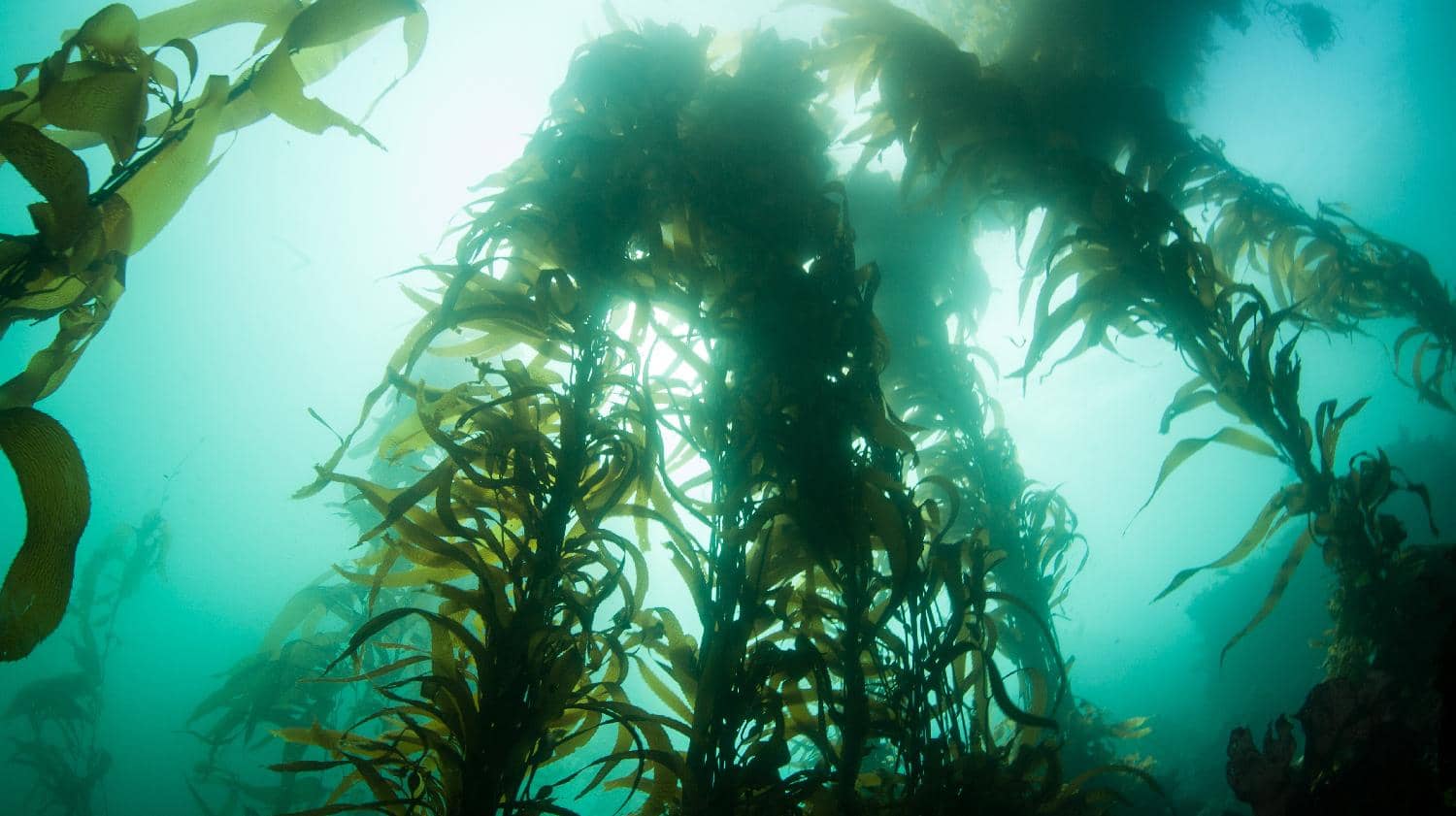 The ocean is undergoing unprecedented changes. What does it mean for marine life, the planet, and us?

THE BLOB WENT UNNOTICED AT FIRST. In the summer of 2013, a high-pressure ridge settled over a Texas-size area in the northern Pacific, pushing the sky down over the ocean like an invisible lid. The winds died down, and the water became weirdly calm. Without waves and wind to break up the surface and dissipate heat, warmth from the sun accumulated in the water, eventually raising the temperature by 5 degrees Fahrenheit — a huge spike for the ocean.

When scientists noticed this temperature anomaly in the satellite data, they had never seen anything like it. Everyone knew about heat waves on land, but in the ocean? “As the Earth heats up, the ocean is changing in very dramatic ways,” says Jane Lubchenco, a marine ecologist and former head of the National Oceanic and Atmospheric Administration. “It is less predictable, and we are seeing more surprises. The heat waves are one of those surprises.”

Nick Bond, a climatologist at the University of Washington, nicknamed the Pacific heat wave “the Blob,” after a campy 1958 sci-fimovie about a gelatinous monster that arrives on Earth in a meteor and eats up a small town. But this Blob would turn out to be far more deadly than anything Hollywood imagined.

The hot water killed the phytoplankton — a form of microscopic algae — that live in the top few hundred feet of the ocean. The tiny organisms that feast on them starved, including krill, the small shrimplike creatures that swarm the ocean by the billions and are the preferred food for whales, salmon, seabirds, and many other creatures. The population of herring and sardines, an important food source for many larger fish and marine mammals, also declined. By killing phytoplankton, the Blob disrupted the entire Pacific food chain.

Over the next two years, it drifted down the coast of Alaska to California, eventually responsible for thousands of whale and sea lion strandings on beaches along the coast; the collapse of the Alaska cod fishery; the bankruptcy of fishermen and worker layoffs at fish-processing plants; the vanishing of great kelp forests on the Pacific coast; and the starvation and death of a billion seabirds — the largest single mass mortality of seabirds ever recorded. Dead murres littered beaches like washed-up plastic bottles.

And its destruction was not limited to the ocean: The Blob changed the weather on the Pacific coast, pushing heat inland and altering rainfall patterns, contributing to the California drought. “It raised temperatures on the coast all the way from British Columbia down to Southern California,” says Daniel Swain, a climate scientist at UCLA. The big question is how much the Blob accelerated wildfires; 2017-18 saw historic blazes, including the Camp Fire in Northern California, the largest in the state’s history, which burned more than 150,000 acres and killed at least 85 people. Swain says the Blob increased nighttime temperatures in the western third of the state, where many of the wildfires flared. “Firefighters will tell you that’s really important, because wildfires often lie down at night, burning more slowly and behaving less erratically, becoming less dangerous to approach for human crews. While the Blob was off the coast, that didn’t happen.”

All in all, the Blob was a slow-rolling climate catastrophe. It’s also compelling evidence of how tightly all life on Earth is linked to the ocean. Because we live on land, we often think of the climate crisis as a terrestrial event. But as the planet heats up, it’s what happens in the ocean that will have the biggest impact on our future.

EARTH WAS NOT BORN WITH AN OCEAN. Water arrived here from the cold depths of space with icy asteroids and comets, which bombarded the planet during the first few million years of its existence. It’s been a watery world ever since. Today, 97 percent of the Earth’s water is in the ocean, which covers more than 70 percent of the planet. The ocean was the petri dish for the creation of life, and we carry that early history within us. The salt content of our blood plasma is similar to the salt content of seawater. “The bones we use to hear with were once gill bones of sharks,” says Neil Shubin, professor of anatomy at the University of Chicago and author of Your Inner Fish: A Journey Into the 3.5 Billion-Year History of the Human Body. “Our hands are modified fish fins, and the genes that build our basic body architecture are shared with worms and fish.”

Despite our intimate connection to the sea, for most of human history the ocean has been as strange to us as a distant planet, a realm of monsters and mayhem. Humans stuck close to the shore, mostly, and our ignorance about the ocean was profound. It still is. Scientists have only a vague understanding of exactly how ocean currents are driven, or how ocean temperatures impact cloud formation, or what creatures thrive in the depths. Far more people have been to the moon, which is 240,000 miles above us, than have been to the deepest part of the ocean, which is seven miles down. Eighty percent of the ocean remains unmapped, unobserved, unexplored. Marine biologists don’t know how sharks sleep or an octopus learns to open a jar.

But scientists know enough to know that the ocean is in trouble. Largely because of overfishing, 90 percent of the large fish that were here in the 1950s are now gone. One metric ton of plastic enters the ocean every four seconds (at this rate, there will be more plastic than fish in the ocean by 2050). But the biggest problem, thanks largely to our insatiable appetite for fossil fuels, is that the ocean is heating up fast. The past five years have been the five warmest ever measured in the ocean, with 2019 the hottest ever. According to one study, the amount of heat being added to the ocean is equivalent to every person on the planet running 100 microwave ovens all day and night.

Until now, the ocean has been the hero of the climate crisis — about 90 percent of the additional heat we’ve trapped from burning fossil fuels has been absorbed by it. “Without the ocean, the atmosphere would be a lot hotter than it already is,” says Ken Caldeira, a climate scientist at Stanford University. But the heat the ocean absorbed has not magically vanished — it’s just stored in the depths and radiated out later. By absorbing and slowly releasing heat, the ocean reduces the volatility of our climate, cushioning the highs and lows as temperatures change from day to night, winter to summer. It also means the heat will continue to seep out for centuries to come, slowing any human efforts to cool the planet.

“The ocean is the main driver of our climate system,” Hans-Otto Pörtner, a scientist at the Alfred Wegener Institute for Polar and Marine Research in Germany, tells me. One of the central functions of the ocean, Pörtner says, is to redistribute heat from the tropics toward the poles via deep currents like the Gulf Stream system, which begins in the Southern Ocean near Antarctica, flows across the equator, up to the Arctic and back again. “Even small changes in that system can have large impacts on things like the size and intensity of storms, rainfall patterns, sea- level rise,” says Pörtner, “and of course the habitats of all the creatures that live in the ocean.”

The ocean is also one of the main drivers of many regional economies. In Alaska, one of the fastest-changing parts of the planet, the seafood industry employs more than 50,000 workers, earning $2 billion in total annual income. Across the U.S., fishing, ocean farming, shipping, ocean tourism and recreation support 3.25 million jobs and contribute about $300 billion to the U.S.’s annual gross domestic product. No one thinks this blue economy is going to vanish overnight, but as fish and other species migrate to cool waters or die off from temperature changes, there can be profound impacts on local fisheries — just ask the cod fishermen in Alaska, or shrimpers in the Gulf of Maine, who have been wiped out by rapidly warming waters in the Atlantic.