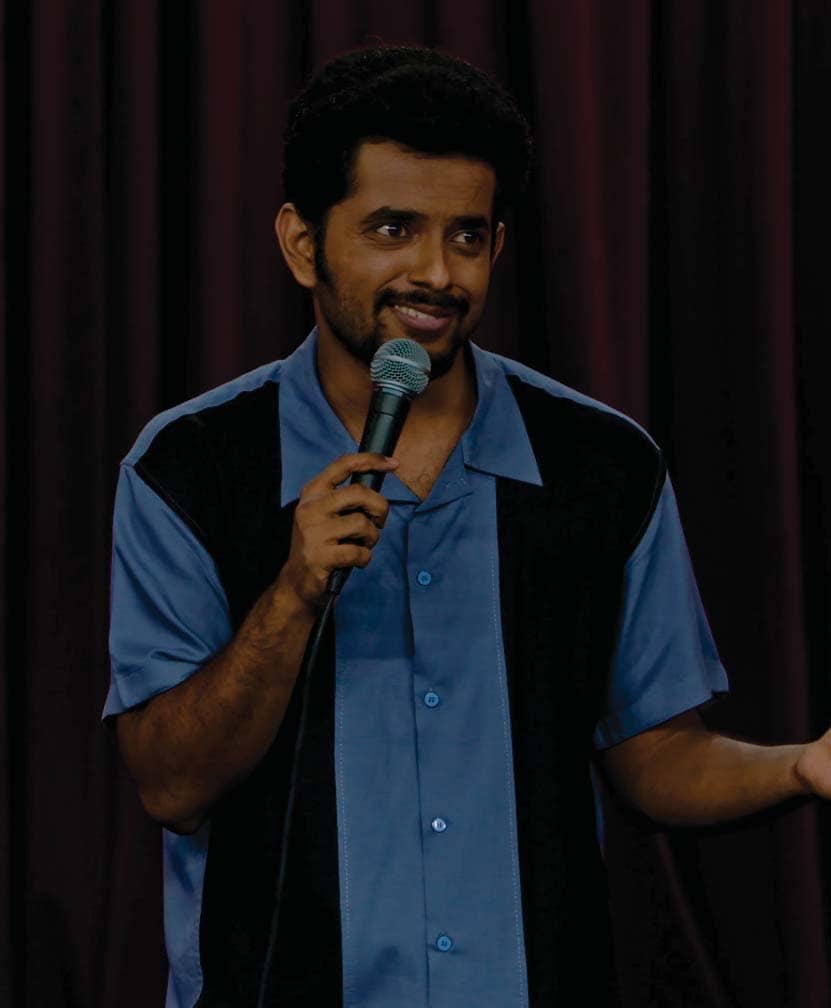 WHEN COMEDIAN Naveen Richard started writing his third Amazon stand-up special, Relatively Relatable, two years ago, the set was only a motley collection of random jokes—until he discovered a documentary on Netflix. Titled The Kindness Diaries (2017), the two-season docuseries hosted by U.K. global adventurer Leon Logothetis is “about this guy who travels across the world relying on the kindness of strangers to take care of himself,” says Richard, adding, “That really touched me and I realized, ‘Holy shit! This is what the world is lacking right now’.”

Going back to the drawing board after a meeting with Logothetis in Mumbai, Richard charted his experiences of kindness. It wasn’t too long before he began to play around with insect metaphors to outline a set that delved into empathy, relatability and political ideology, among other things. After all, what better way to understand folks than to put yourself into the shoes of creatures that incite instant apathy?

But when Richard tested out his set at open mics, he noticed that the audience wasn’t too inclined to agreeable laughter. “Generally, I felt like something’s terribly offand I was hoping that if everybody can laugh at the same thing, can’t they get along?” says Richard who, influenced by events at the time, wanted to do something about the division created by current politics. “If friends can split because of their differences in opinion, a whole country and strangers would never even attempt to get along,” he says.