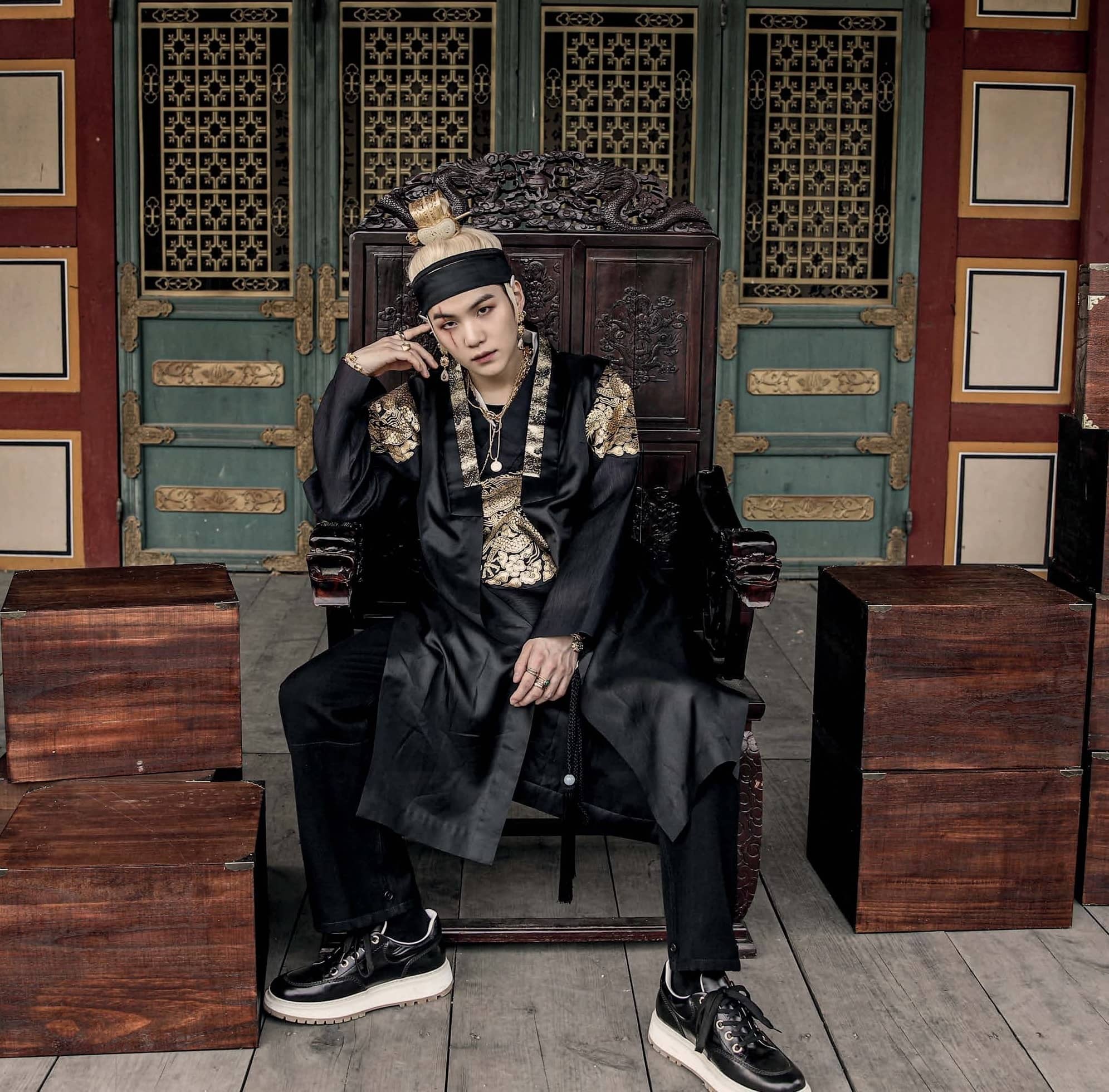 A deeper look into Min Yoongi, SUGA and Agust D — the masks of the same man

Last month South Korean superstars BTS’ rapper and producer SUGA made his solo comeback with his alias Agust D. As expected, it was a comeback of record-shattering proportions, the success of the sophomore mixtape D-2 making him the first Korean soloist to have two number-one hits on the Worldwide iTunes Album Chart and first Korean soloist to chart number one on both Worldwide iTunes & Apple Music Albums Chart simultaneously. The video for the lead single “Daechwita” also became the fastest music video by a Korean soloist to reach four million likes on YouTube in just 11 hours, making Agust D the only Korean soloist to have four music videos with over three million likes on YouTube. That’s a lot of numbers to process–especially for a free mixtape that dropped with little to no warning–so the usual question of ‘why?’ arose pretty quickly among new audiences.

Of course if you’re familiar with BTS, you understand the group’s titanic power on social media; everything they touch pretty much turns to gold and their fandom ARMY is the most powerful of its kind on the planet. The group address various social issues in their songwriting and music videos, pushing forth a message of self-love and positivity. However Agust D hits a little different. Of course, BTS have no dearth of deep symbolism in their artistry–it’s the main reason I became a fan back in 2015–but after we got our first taste of the group’s rapper SUGA’s alter ego Agust D… my perception shifted. There’s honesty in Agust D’s work that’s hard to face because it so closely resembles our demons, but it’s that honesty that cemented him as one of my favorite songwriters of all time. Whether he is Min Yoongi, SUGA or Agust D, his work is reflective of the issues our generation struggles with and defines this time in history–to be a millennial living in the age of social media and its ups and downs, constantly exposed to viral fame and cancel culture, anonymous critique and rapid globalization.

I wanted to take a look at some of the deeper symbolism I’ve found within his artistry, especially his most recent release D-2 and its lead single “Daechwita.” Of course a lot of what’s written below are my interpretations of his work and not everyone will agree with what I have to say–but that’s the beauty of art, isn’t it? As Agust D stated about his work in a recent interview with Time, “What’s good is good, and it’s up to the listeners to judge. I just do what I want to do.”

THE INSTANT APPEAL OF AGUST D

When we first met Agust D in 2016, he sent us into a state of shock with his eponymous debut mixtape. He opened up about his innermost struggles with depression, anxiety, success, failure and poverty, and we simply hadn’t seen any K-pop star bare their soul at this level before. K-pop has always been about cultivating a controversy-free, positive image of perfection, but then rose this anarchist with nothing to lose, the underdog who shattered stereotypes with his realistically foul mouth and no-nonsense attitude.

Since 2013, we have seen how harmoniously SUGA works within BTS, navigating (and eventually soaring above) the world of K-pop with practiced caution, while Agust D is the spitfire solo rap savior, the rebel against the industry. It’s interesting how he revives underground rap culture while simultaneously rejecting it in his lyricism–spitting on the face of anyone who implies his pop stardom has led him to forget his roots as an underground rapper from Daegu. He called out everyone who disrespected his grind and didn’t bother to mince his words as he pointed out the hypocrisy of those who criticized him for becoming a pop star, but also coveted his fame. In the lyrics for “Give It To Me” he says, “I’m still not sure about the secret to success/But I think I know the secret to failure/The secret is to play the fool just like you/And keep blabbing your mouth/But I wouldn’t live like that even if I had to die.”

Big Hit Entertainment was perceptive enough to see the appeal in the anger and arrogance in SUGA’s artistry at the time; I believe this in turn allowed him to unleash Agust D, a more vicious, honest and dangerous part of him. In other words, if SUGA is the persona Min Yoongi uses as a shield, Agust D is his machine gun. The shield isn’t built to protect only Min Yoongi–it’s the part of BTS that looks out for their fans (BTS’ logo is after all evidence to the same.) Agust D is the gun that takes down anyone who dares slander his work, his team and the ARMY.

THE INEVITABLE DEATH OF THE SELF

In Agust D’s “The Last” the rapper says, “Min Yoongi is dead (I killed him)” which really stuck in my mind because he implies it’s a murder he had to commit to dedicate himself to his craft and to his fans as well as expel in his own head what he thought was a ‘weaker’ self. The part of him that was vulnerable and afraid to rise–perhaps overwhelmed by the attention fame brought–had to die so that a stronger persona could rise to bear the burden. With the metaphorical death of the non-celebrity Min Yoongi, we saw the rise of BTS’ SUGA and eventually the dark and unapologetic Agust D.