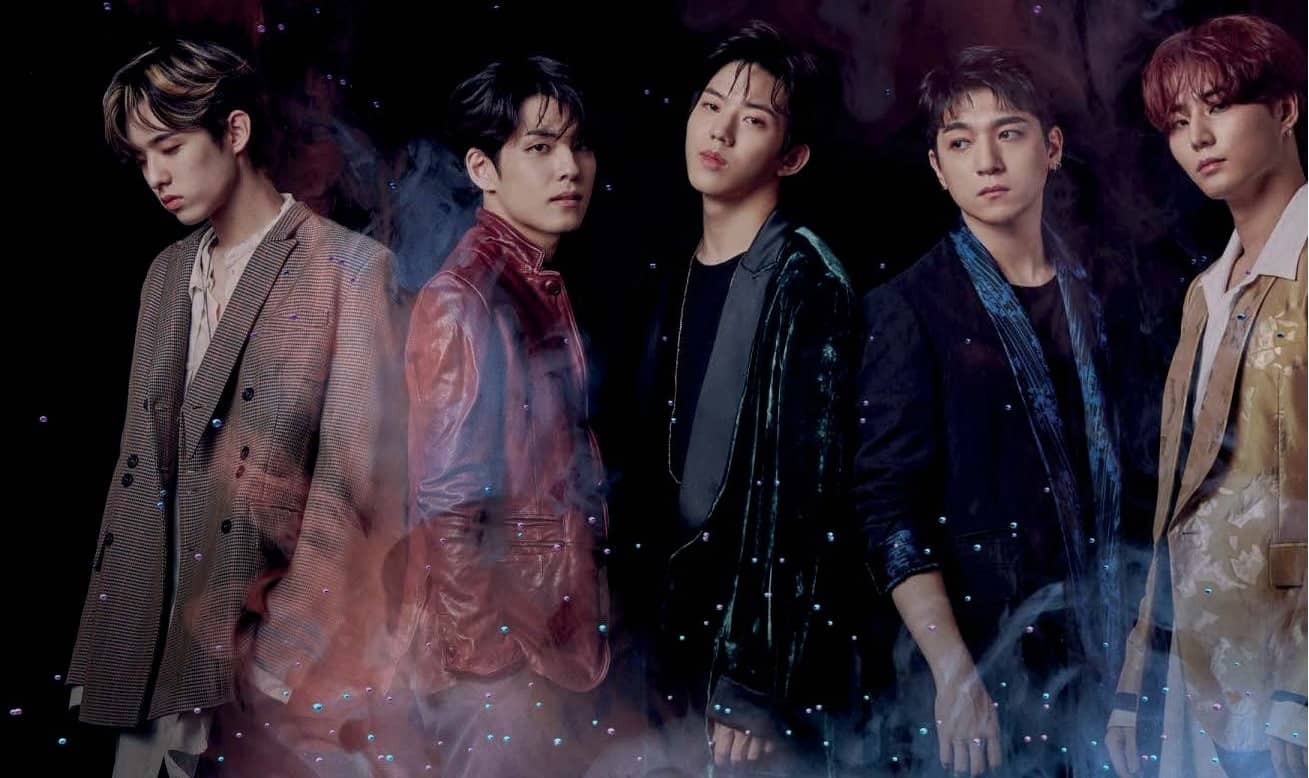 The South Korean rock band open about their songwriting process, their aspirations for future records, the definition of authenticity in a world that often dismisses artistry in K-pop and India

I caught up with DAY6 a few months ago via Skype–I’m told the quintet are in the middle of shooting new content for their fans and are dressed in their looks for a video, so it has to be an audio call. I can’t see them and they can’t see me, so of course there’s a lot of giggling, whispering, and moments of ominous silence that then have us all breaking into laughter together. It’s awkward, hilarious and everything you’d imagine a call with DAY6 to be.

It’s towards the end of the year so there’s a lot going on in the band’s schedule, but they’re an unstoppable force, flying across the globe to complete performances in the U.S. and in Australia. It’s a pretty rare thing to have all five members be able to join in on a single call, so I’m happy to hear all their voices greet me. “We’ve just been on tour and we’re having a good tour so far,” says vocalist and guitarist Jae. “Everyone’s been really welcoming in their countries and really just turning up for us, so we’re happy.”

DAY6 debuted in September 2015 with leader and guitarist Sungjin, bassist Young K, guitarist Jae, keyboardist Wonpil and drummer Dowoon. All members are trained vocalists, with Young K also doubling as main rapper, and every member contributes to songwriting and production. (The group did have a sixth member, a keyboardist named Junhyeok, but he left in 2016.) Young K also leads the songwriting process, with lyrical contribution in every single track on most of DAY6’s albums.

The beauty of DAY6’s artistry lies in how versatile they are able to make each track within a single album–in one moment you’re listening to a stadium anthem that’s reminiscent of a young U2, and in the next there’s a segue into Killers-esque post-punk revival. If you’ve been a long-time fan, you probably already know this thanks to their genius ‘Every DAY6’ project through 2017, which saw the band release two songs on the sixth day of almost every month. The result? An expansive, experimentative discography which built two powerful albums– Sunrise and Moonrise–with B-sides that shine just as much as a lead single. Jae explains that there usually isn’t a set idea when they begin an album–a lot of the music is born through songwriting sessions with various producers, where each member gets to go explore any genre they want on their own. It’s a power they’re exercising more and more, especially all through the Book of Us series. “We didn’t really discuss a direction when we started,” Jae says. “Everyone just kind of did what we wanted, which is why the album is a jumble of this and that from everywhere.” In fact songs have a tendency to switch genres in between verses–a great example of this is DAY6’s 2017 single “I Wait.”