CHILDREN OF THE CRISIS 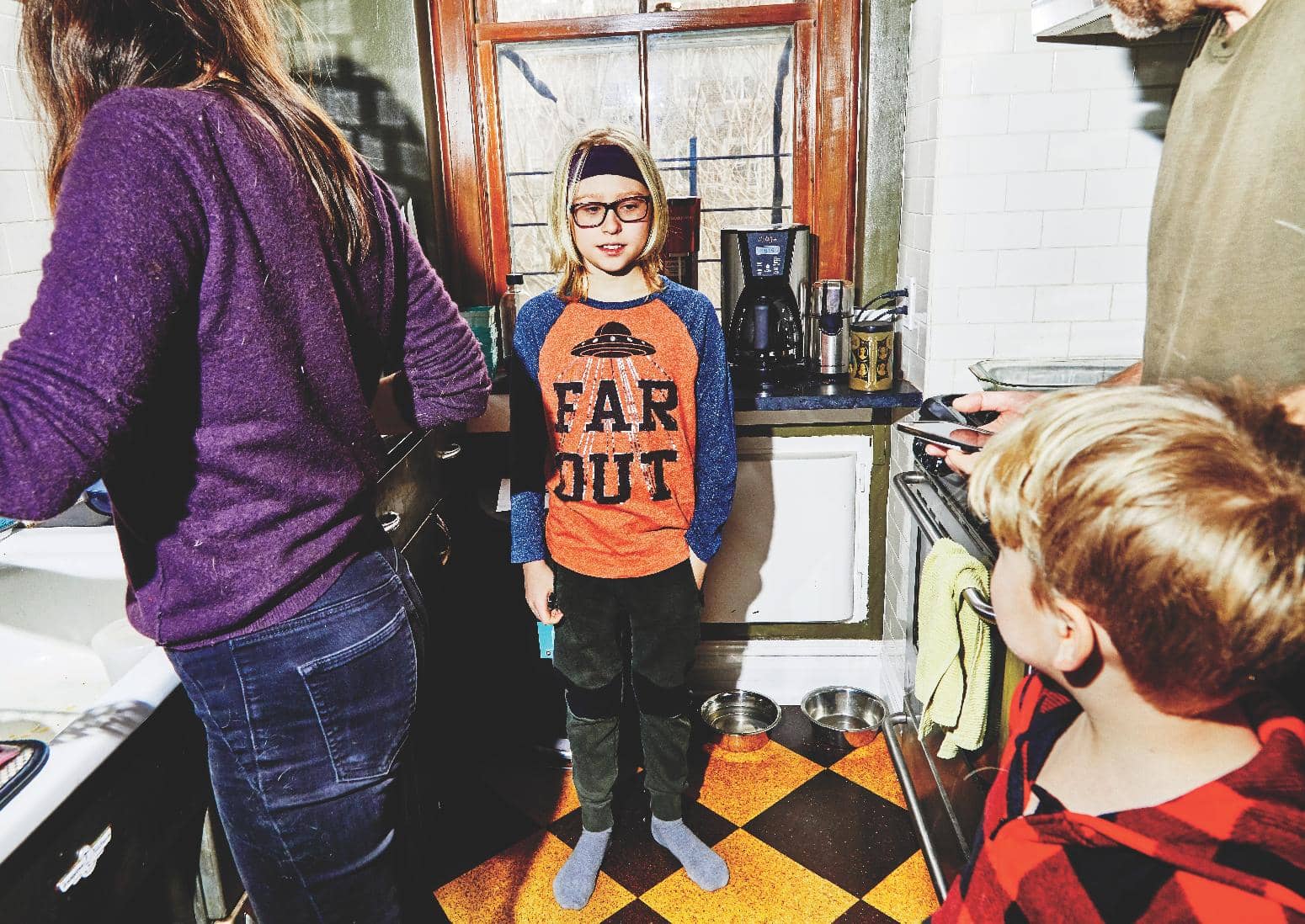 ALEX MORRIS
LAST SUMMER, JASPER MCTAGGART came to the abrupt realization that life as he knew it may be coming to an end. He was nine years old. It was lunchtime, and he was eating a sandwich in the dining hall of a New Hampshire summer camp. Sitting near him, a fellow camper had just opened a letter from home, and in the envelope was a news clipping with a picture from Paris, where temperatures were reaching record, fatal highs. Jasper looked up from the picture and at the faces of his friends. “We’re not in climate change now, are we?” he asked the table.

“Yes, we are,” his counselor confirmed.

Jasper couldn’t believe it. He sat there stunned.

A New York City kid, he had spent his time at camp that summer basking in the promise and excitement of the great outdoors, a playground big enough to hold a boy’s dreams of adventure. There was danger there, yes, but he would be kept safe. Adults knew how to keep children safe — or so he’d thought.

Now, sipping hot cider in a coffee shop near his Queens home, he shakes his head at the memory of this moment when he realized that maybe they didn’t. “I was shocked,” he says. “I didn’t know climate change was already in effect. I knew it was going to come — and possibly in my lifetime — but I expected it more in the distant future.”

Jasper took it upon himself to find out more. He learned that parts of Florida were flooding regularly. “It’s just going to be gone. It’ll be like a hidden state,” he says. When the temperature reached 95 degrees one day, he worried about what that might mean. When he returned home from camp, he told his parents he wanted to participate in the youth climate march in September, and after the march, he joined his school’s Green Team along with his friend Kavi, who now sits next to Jasper in the coffee shop with his own hot drink and shared concerns.

It’s hard to predict these “oh no!” moments. The boys say they’ll come to them unexpectedly, souring childhood memories that older generations have experienced without any emotional undercurrent of despair. Jasper thinks back to the time, a few weeks prior, when he was in his garden having a snowball fight with his dad. “I was in a snow fort, ducking and throwing snowballs, and I was like, ‘I’m so sad I won’t be able to do this with my kids.’ It just came to me that I might not be able to do this with the next generation because the Earth is warming.”

“I try to forget about it, but that doesn’t work,” admits Kavi. “It’s like the world’s going to end — not now, but it’s going to end at some point — and I might be there to experience it. So I’m kind of, like, screaming inside.

“Other generations did not have to worry about this. They didn’t have to try to save the environment.

“And all the people that made this happen and fueled it are just going to be gone by the time it really takes effect. They have the most power, but they refuse to use it.”

Kavi looks down into his cup glumly. “It’s just up to us, a couple of 10-year-old kids, to fix the world’s problems now.”

THE WORLD’S PROBLEMS have not usually been the domain of its 10-year-olds, but the climate crisis has changed that, creating a veritable tide of tiny and teenage warriors who have taken to the streets and halls of power to demand that their futures be safeguarded by the actions of today. Behind their signs and placards, their anger and frustration are clear. What is harder to see is their anxiety, the psychological burden of those “oh no!” thoughts that threaten to arise, the private moments of panic and fear felt by a generation that cannot remember a time before the planet’s future was imperiled.

“I grew up in the nuclear era, and I feel like the nuclear threat activated my nervous system at a very young age,” says Renee Lertzman, a psychologist and founding member of the Climate Psychology Alliance, a group of psychology professionals who specialize in addressing climate change. When she began learning about the climate crisis in college, Lertzman felt a similar sense of panic and came to believe that, psychologically speaking, “There are really important parallels: The threats are human-created, and there’s a pervasive, visceral anxiety about the future at all times.” Yet much of Lertzman’s research has been into how the climate-change threat is unique to our time. “Unlike the nuclear threat, we’re talking about how we live,” she continues. “This is about virtually every aspect of our contemporary lives. This is about how I eat, how I get around, how I dress myself, what I put on my face. It’s very intimate.” And as such, it implicates normal people — all of us — in our own potential demise. Which, quite frankly, can really mess with your head.

In 2015, the American Academy of Pediatrics issued a policy statement positing that “the social foundations of children’s mental and physical health are threatened by the specter of far-reaching effects of unchecked climate change,” and that “given this knowledge, failure to take prompt, substantive action would be an act of injustice to all children.” Since then, those in the mental health fields have started to see the effects of this specter: children coming to therapists grief-stricken at the thought that they wouldn’t live in a world where it was ecologically sensible to have children of their own; kids arriving at the ER, suicidal with despair about damage to the environment; children who refused to drink water during droughts or who suffered from panic attacks at the thought of human extinction. These may be the more extreme cases, but for many of those who traffic in mental health, they represent a bubbling over of what is just under the surface for scores of young people today.

“This time last year, there was maybe one request a month,” says Caroline Hickman, a British psychotherapist whose particular focus is eco-anxiety in children. “This year, there are two or three a week. I’ve got the NHS, I’ve got the civil service, I’ve got counseling organizations, I’ve got schools approaching me on a weekly basis saying, ‘Can you help?’ ”

“I’m struggling to find the words to describe the magnitude of what is being faced from a public mental health perspective,” says psychiatrist Lise Van Susteren, who was an expert witness in Juliana v. United States, a 2015 case in which 21 young plaintiffs sued the federal government for infringing upon their right to life and liberty by failing to take substantive action on climate change (the case is currently in appeal). “If we think the storms are bad outside, wait until we see the storms inside,” Van Susteren continues. “You cannot continue to hold up in front of young people the fact that things are only going to get worse and expect that they can create a kind of life that will allow them to thrive.” 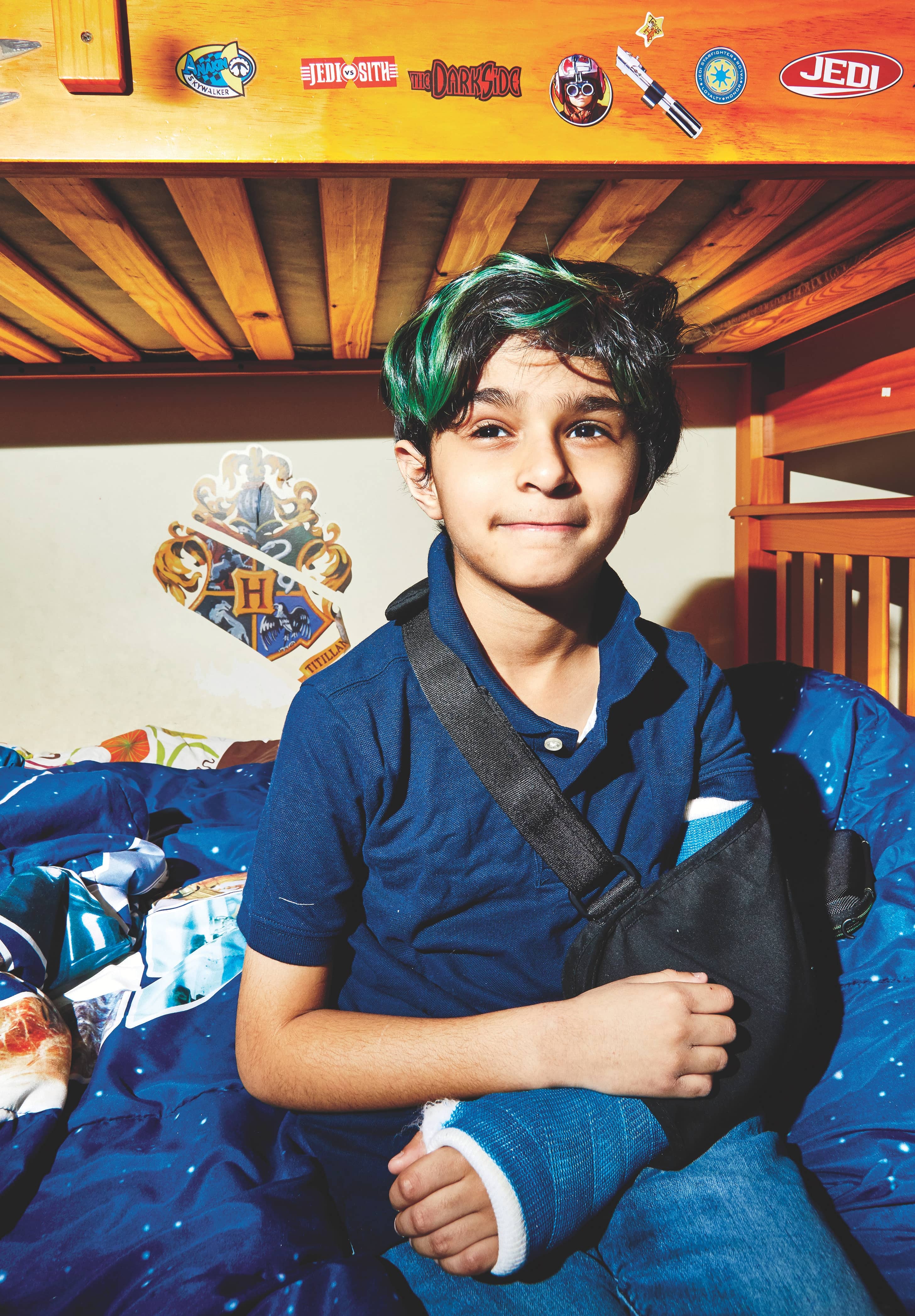