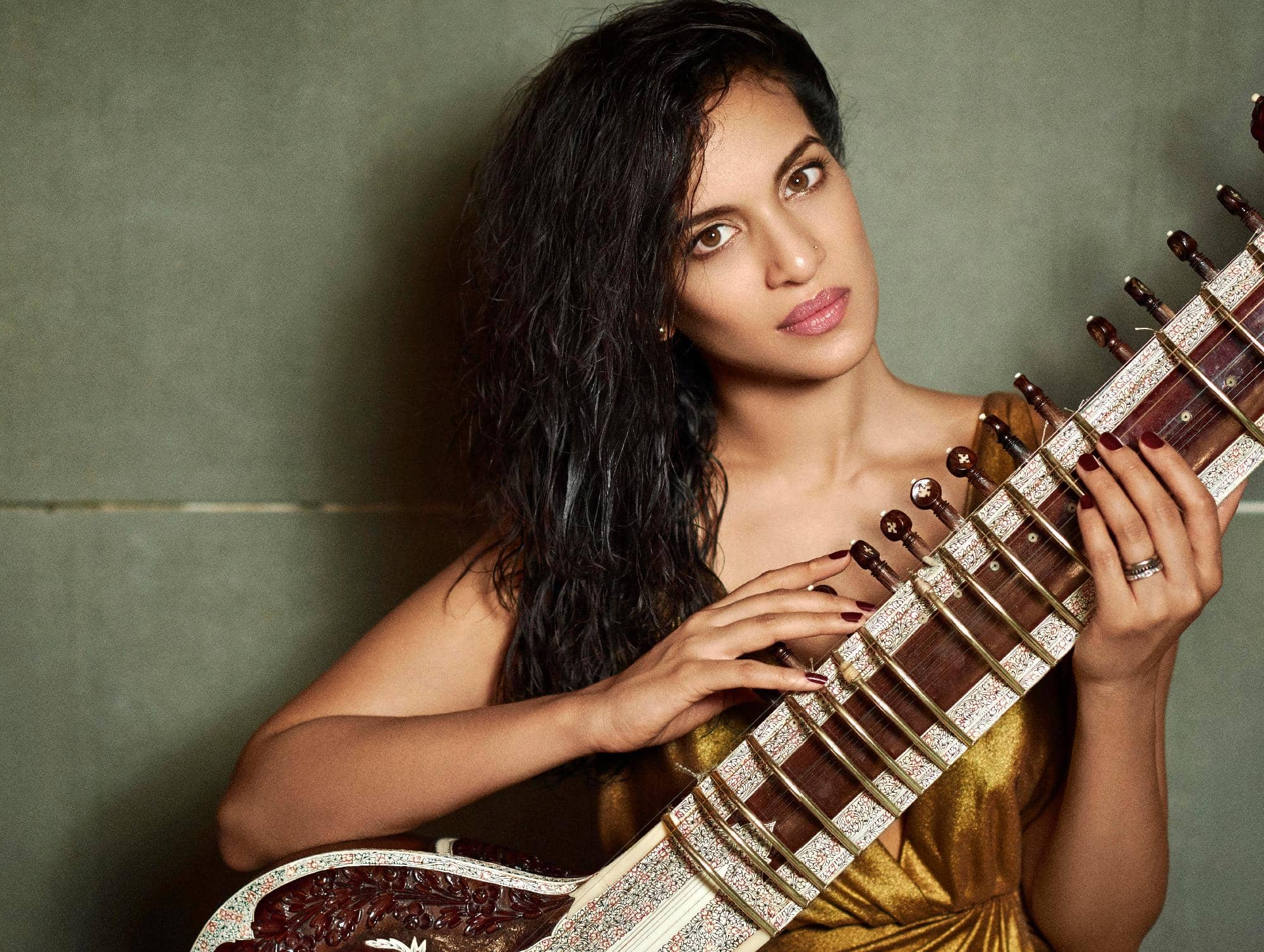 The six-time Grammy nominated sitarist details her new EP ‘Love Letters,’ understanding what it means to be a woman and honoring her late father Pandit Ravi Shankar on his 100th birth anniversary

EVERY MINUTE spent speaking with Anoushka Shankar is a learning experience. Most of the time it’s you who discovers something new about life from her and sometimes it’s the other way around and she’ll like something you’ve pointed out. Subject matter oscillates from research papers about unfair representation to lamenting the shitty almond milk that ruins one’s chai. I realize that it kind of hits the same way seeing her onstage does: pretty damn unforgettable.

It’s a crisp February morning when we meet the six time Grammy-nominated sitar player in Mumbai at her hotel. She is on the India leg of a world tour to promote her latest EP Love Letters and is set to play in Mumbai and New Delhi the same week.

Shankar strides into the conference room we’re meeting in with a bright smile and an even brighter fuschia jacket, her grip firm as she shakes our hands and gets seated. She orders a cup of tea but wrinkles her nose after taking a sip. “I swear I’m having the worst tea since I got here like... wow,” she explains with a grimace, blaming the aforementioned shitty almond milk. She pretends to gag for added effect, sending our team (and hers) into peals of laughter; she’s hilarious in the most unexpected ways, with a razor sharp sense of wit that’s immediately charming.

Over the course of the hour we cruise through various topics that include her new record, the shared experiences of being female, and USC Annenberg Inclusion Initiative’s 2020 report about women in music. We discuss how we were all particularly appalled by the report’s findings that only two percent of the music industry’s producers are women; it’s why she made it a point to add ‘producer’ to her Twitter bio, and bring in more women on the technical side of music production on her EP. It’s a small change, but makes a big difference. “It’s when you start realizing that you need to be active about [involving more women in the industry.] It’s not something that’s going to happen all the time,” she points out. “So it does need some active correction. I think everyone’s realizing that now, so it makes me feel quite hopeful, actually.”

The last two years involved a heavy amount of heartbreak and upheaval in Shankar’s personal life--including a divorce from husband Joe Wright in 2018 and a hysterectomy in 2019, which she opened up about on a Facebook post titled ‘Lady Bits.’ She wrote, ‘The news triggered fears about my womanliness, my possible desire to have more children in the future, the fear of dying in surgery and leaving my kids without a mother, the effect the changes may have on my sex life, and more. I spoke to friends and family about my news, and was shocked to discover how many women had had hysterectomies although I’d never known they had. I wondered why the surgery wasn’t talked about more, if it was so common. When I asked, one woman said in response, “Well, we aren’t exactly going to flash our lady-bits everywhere, are we?” Fuck that.’

She set out on a journey to reconnect herself with the idea of womanhood, searching for ways to define the female experience, getting closer to the answer with Love Letters--an EP built from the magic and strength female friends, confidants and colleagues can bring into your life. “Just being in a room full of women [while recording the EP]... it’s just unusual and it’s rare, you know?” she says with a smile.

In this interview, Shankar details her new EP, the process of understanding what it means to be a woman and honoring her late father Pandit Ravi Shankar on his 100th birth anniversary. Excerpts:

Love Letters is such an emotional, intimate EP and while listening to it I personally felt a sense of relief or catharsis.Was it like a similar experience for you while making the record? Did you feel a sense of ‘letting go’?