The Many Resurrections of Sherlock Holmes 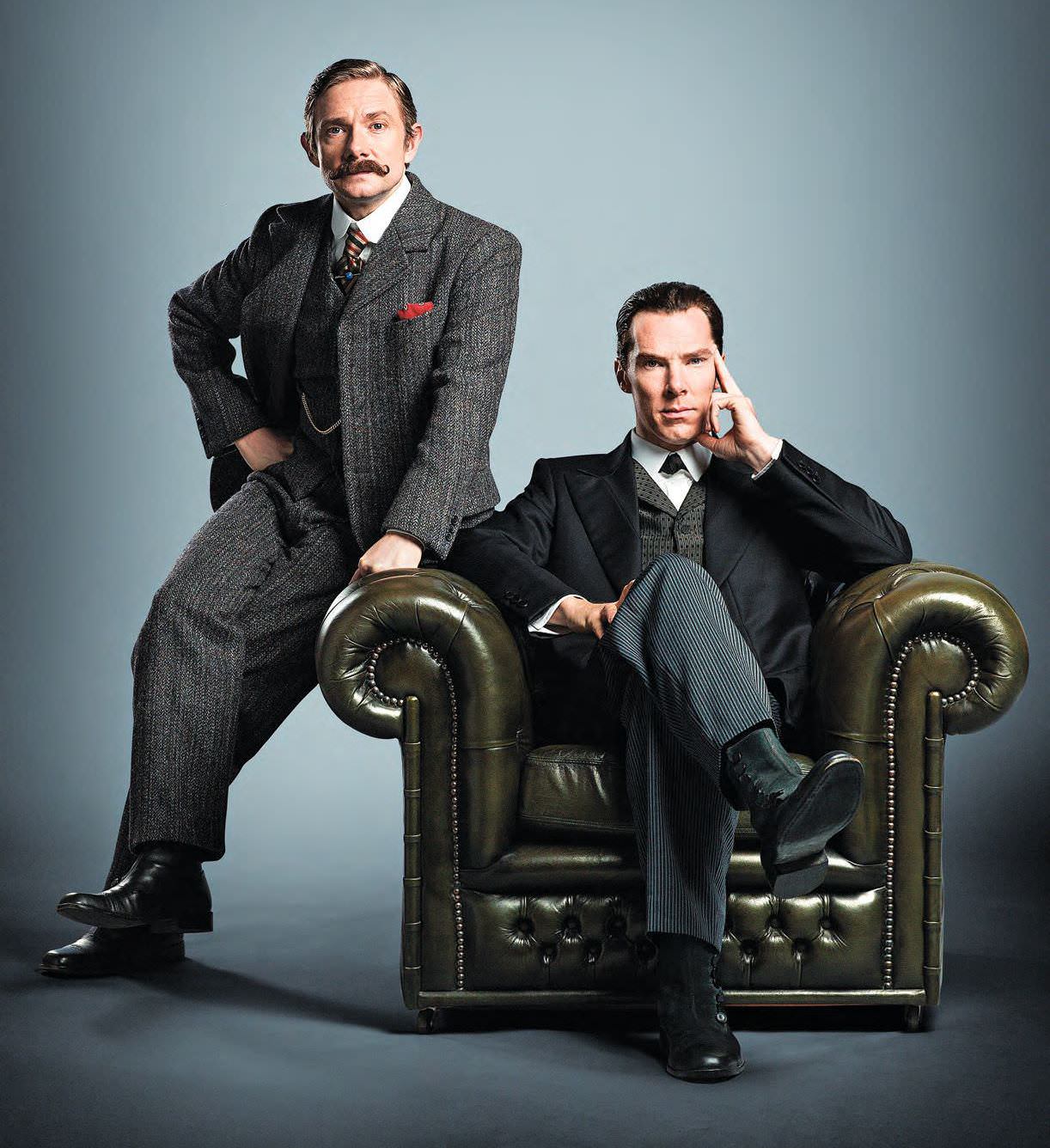 Why the Great Detective is always in fashion.

On a recent trip to London, I stood outside the Sherlock Holmes Museum at 221B Baker Street for three and a half hours in the rain. (I do understand the concept of opportunity cost, I swear. The wait wasn’t just worth it; it turned out to be part of the fun. And this from someone who usually approaches long lines with all the zen of a Chihuahua on its third espresso.) Just ahead of me, a Japanese mother and teenage daughter adjusted their deerstalker caps and stood their ground with firm determination while the rest of their party appeared periodically to try to tempt them away to other sightseeing. Just behind me, a family from the North of England served as a patient audience while their youngest member, a tween boy, deconstructed every scene featuring Moriarty in the BBC’s hit series Sherlock as compared to the character’s appearances in Arthur Conan Doyle’s canonical writings.

Even the heterogeneity and perseverance of my fellow Sherlockians didn’t prepare me for the most compelling item in the museum, however: a simple cork bulletin board where visitors had posted handwritten personal messages and drawings for the Great Detective by the dozens, layers deep, in many different languages. The docents had their hands full clearing away the loving tributes to make room for more.

Guinness World Records announced in 2012 that Sherlock Holmes holds the distinction of being the “most portrayed literary human character” in television and film worldwide. And it’s true, we enjoy an embarrassment of riches in the Holmes department these days: Ian McKellen in the movie Mr. Holmes, Robert Downey Jr. in the Guy Ritchie film franchise, Jonny Lee Miller in Elementary in the United States, Benedict Cumberbatch in the BBC’s Sherlock, and even Vidar Magnussen from the Norwegian sketch comedy show Underholdningsavdelingen’s parodies of Sherlock.

In fact, 21st century Holmesian multimedia storytelling is in full swing, from anime to pastiche novels to interactive games. Holmes and Watson have been uploaded to computers and upgraded to cyborgs, queered and gender-swapped, sent to alternate universes and shot into space. The Great Detective may never have been so popular on a global scale as he is this minute.

Why do we continue to resurrect and reinterpret Sherlock Holmes? Why do we stand in line for hours at a time at Baker Street in the rain? Surely there must be a reason. Or perhaps four.

Reason 1: Because We Are the New Victorians

Scottish physician Arthur Conan Doyle brought life to Sherlock Holmes in 1887’s A Study in Scarlet. Over the course of four novels and 56 short stories, Holmes became a symbol of the London in which he thrived. From our vantage point, his gas-lit, fog-bound haunts may appear cozy and quaint, but in reality Holmes’ setting represented a world buffeted by rapid change.

Victorian Brits faced issues that are easily recognizable to us today, from fears of economic recession and unemployment to political debates over the immigration of populations speaking different languages and worshipping different gods than the mainstream. The specter of Russian anarchists and Irish nationalists brought about a domestic war on terror as well. And as the era drew to a close, older generations publicly bemoaned the dumbing down of mass culture and degeneration of personal morality they perceived all around them.

As Michael L. Paterson ably reminds us in A Brief History of Life in Victorian Britain: A Social History of Queen Victoria’s Reign, the Victorian era also saw the handwritten letter give way to the telegram and the telegram to the telephone call. In Paterson’s words, “Like the Victorians we are constantly in thrall to innovation and to new technology, taking for granted things that only a decade ago seemed like scientific fantasy.” Invention meant advancement, of course, but in the short term it also spelled future shock for many. Sound familiar?

For that matter, revolutions in transportation and production and other aspects of daily life yielded free time and disposable income for the middle class. Good things, to be sure, but as Paterson explains, “The more people could do, the more they sought to do, and thus the greater the stress they put on themselves—a notion that is considered equally true of our own time.”

In short, the Victorians lived (as we do) through one game-changing moment after another. They craved (as we do) someone who did not fear the future but instead embraced and embodied progress. They wanted (as we do) a voice to remind them that what looked to be overwhelming chaos and incomprehensible change was actually a discoverable, understandable, and exciting world, one in which an individual could make a difference.

And make a difference he did. In the novels and stories, Holmes makes a difference to those who seek his assistance, many of whom reflect the era’s most powerless and disenfranchised groups. In real life he made a difference as well. E.J. Wagner’s The Science of Sherlock Holmes discusses how the Great Detective inspired a generation of forensic scientists in the same way Star Trek later would inspire a generation of engineers and astronauts. Holmes anticipated and helped to introduce many developments in the field that we take for granted today, such as the preservation and examination of crime scenes.