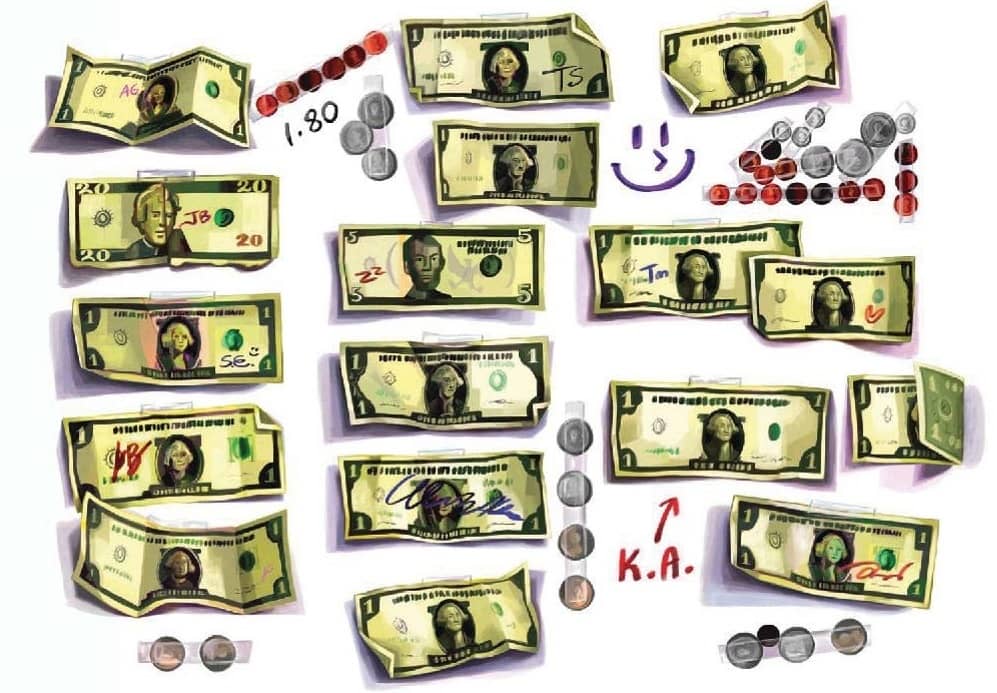 It was only a dollar. Dylan Belscher noticed it on the floor as he sat at the back of his English class at John F. Kennedy High School in Cheektowaga, New York, in March 2018.

When the school day ended, Belscher wandered back to the classroom. The wrinkled old bill was still there. He could easily have pocketed it without thinking twice.

Instead, he picked it up and brought it to his English teacher, Katie Mattison.

“It wasn’t my money,” Belscher says, which he sees as ample explanation. Mattison, 54, was a little surprised he’d turned the dollar in, knowing a lot of people would have just kept it. She suggested that Belscher tape it to the whiteboard at the front of the classroom, where she always puts lost things. Maybe the dollar was lunch money or bus fare for the student who dropped it.

“You can always tell when someone is looking for something,” Mattison says.

A day or two later, the school shut down for Easter break. Neither the teacher nor her student thought twice about the dollar. Taping it up “was just good karma,” says Belscher.