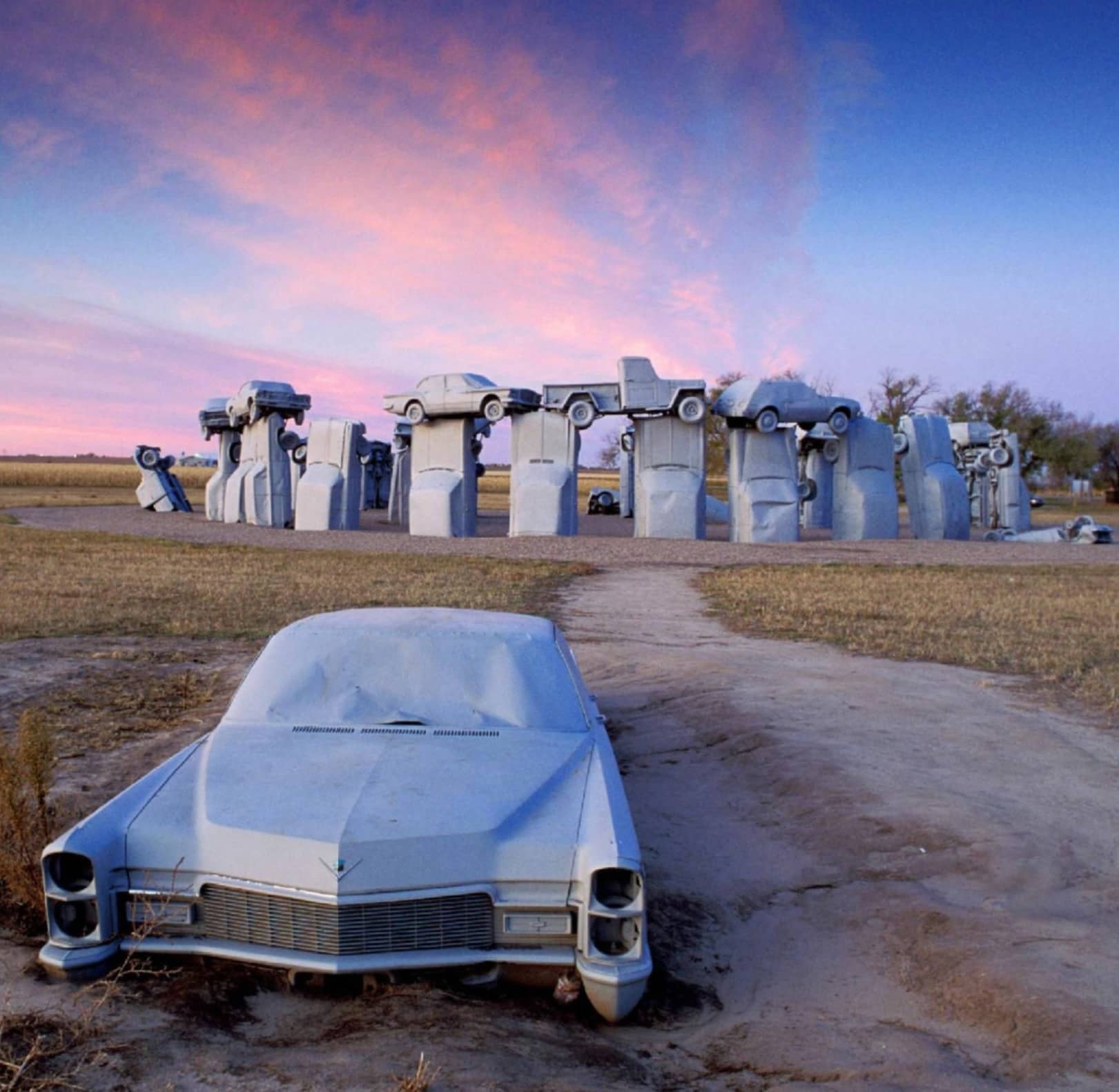 VACATIONS ARE WONDERFUL, but these quirky roadside attractions prove that getting there is often half the fun

Margaret Renkl
My husband and I were driving down I-65, still in Tennessee but near the Alabama border when a statue of a giant chicken caught my eye. It was standing in front of a truck stop near Elkton. I am grateful to be married to a man who will instantly pull off the highway when someone says, “Hey, let’s take a selfie with that chicken!”

That particular chicken is an advertisement for the Shady Lawn Truck Stop’s fried-chicken plate. It is wearing a chef’s hat. Its wings hold a giant fork and a giant carving knife underneath them. The combination makes for a troubling message: chicken as both dinner and dinner. It is also covered with graffiti, mostly people’s names but also an exhortation to “Read More.” Unlike the existential conflict at the heart of the chicken’s identity, that’s a message I had no trouble decoding.

Between Nashville and the Alabama Gulf Coast, where my husband and I were heading, there are quite a few unusual roadside attractions. An actual NASA Saturn rocket, all 168 feet of it, is posed as if for blastoff at the Alabama welcome center near Ardmore. The Ave Maria Grotto, where a Benedictine monk built 125 miniature replicas of famous buildings, religious sites, and shrines—all made in part from found objects such as cold cream jars and toilet floaters— occupies a four-acre park in Cullman.