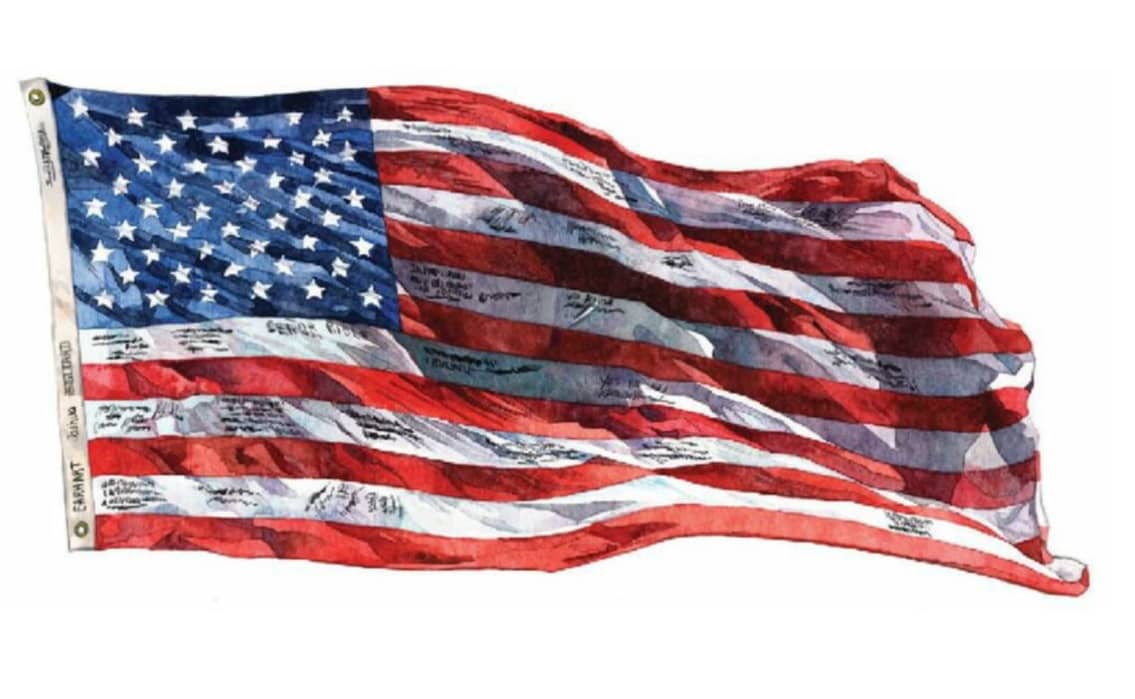 That wasn’t particularly unusual—thieves had already hit him three times in recent months, even as the truck was parked outside his home in White Swan, Washington. This time they made off with a laptop, some riflescopes, and, unbeknownst to Marceau at the time, an American flag.

But this wasn’t just any flag. It had belonged to his son, 22-year-old Marine lance corporal Joe Jackson. The flag had been signed by each member of Jackson’s platoon at the beginning of their deployment and had hung over his bed for his entire tour of duty in Afghanistan. Jackson was on foot patrol in Helmand Province in 2011 when he stepped on an improvised bomb and was killed. His father frequently took the flag to memorials and veterans’ events to share his son’s story. It wasn’t until several weeks after the break-in, when he was getting organized for an annual memorial rifle shoot honoring Jackson, that Marceau realized the neatly folded flag was gone.