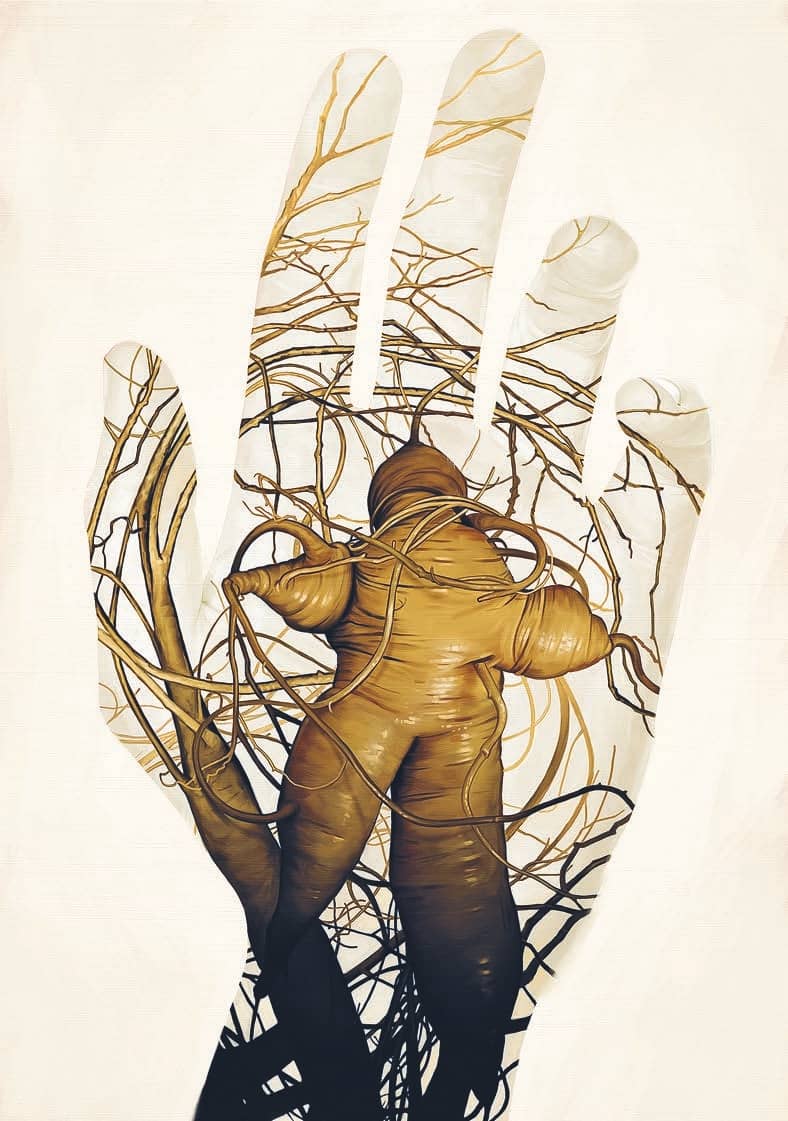 IN SEPTEMBER 2013, two conservation officers with the Ontario Ministry of Natural Resources and Forestry were waiting along a dirt road in rural south-central Ontario for the poachers to emerge from the forest.

The previous summer, wildlife-enforcement agents patrolling the area had stumbled upon a patch of wild American ginseng after noticing shallow holes pockmarking the ground next to discarded plants with their roots torn off. In some spots, though, the stems and leaves had been neatly tucked back into the soil, as if to cover up the massacre. Some of the plants were now the standing dead. Nearby, the officers noticed a clue: lying face-up on the forest floor, half-shaded by sugar maples, the red of an empty pack of DK’s cigarettes flickered in the scattered sunlight.

Federal and provincial authorities launched an operation to catch the poachers. Jean-François Dubois, a federal wildlife-enforcement officer, had motion-sensor surveillance cameras installed. He also dispatched patrols and marked the roots with an ultraviolet, traceable dye. Then two officers on their regular patrol got lucky. They spotted a truck parked about two kilometers from the poaching site with a pack of DK’s lying on the seat. It wasn’t long before Michael Allison and Russell Jacobs hiked out of the trees carrying 253 ginseng roots that could have fetched tens of thousands of dollars.

WILD AMERICAN GINSENG, or Panax quinquefolius, thrives in subtlety. Its willowy stem, with finely serrated green leaves, can grow to knee height, and its ghost-white flowers blend in more than stand out in a forest’s understorey. The easiest time to find the herb is in late summer through early fall, when it bursts with blazing crimson berries, a siren song to poachers who scour the forests of Ontario and Quebec for the elusive and valuable plant. A pound of wild ginseng root can fetch $800 or more on the black market for use in traditional Chinese medicine. Since 2008, wild ginseng has been listed as endangered under the Ontario Endangered Species Act and as threatened under Quebec’s Loi sur les espèces menacées ou vulnérables since 2001.