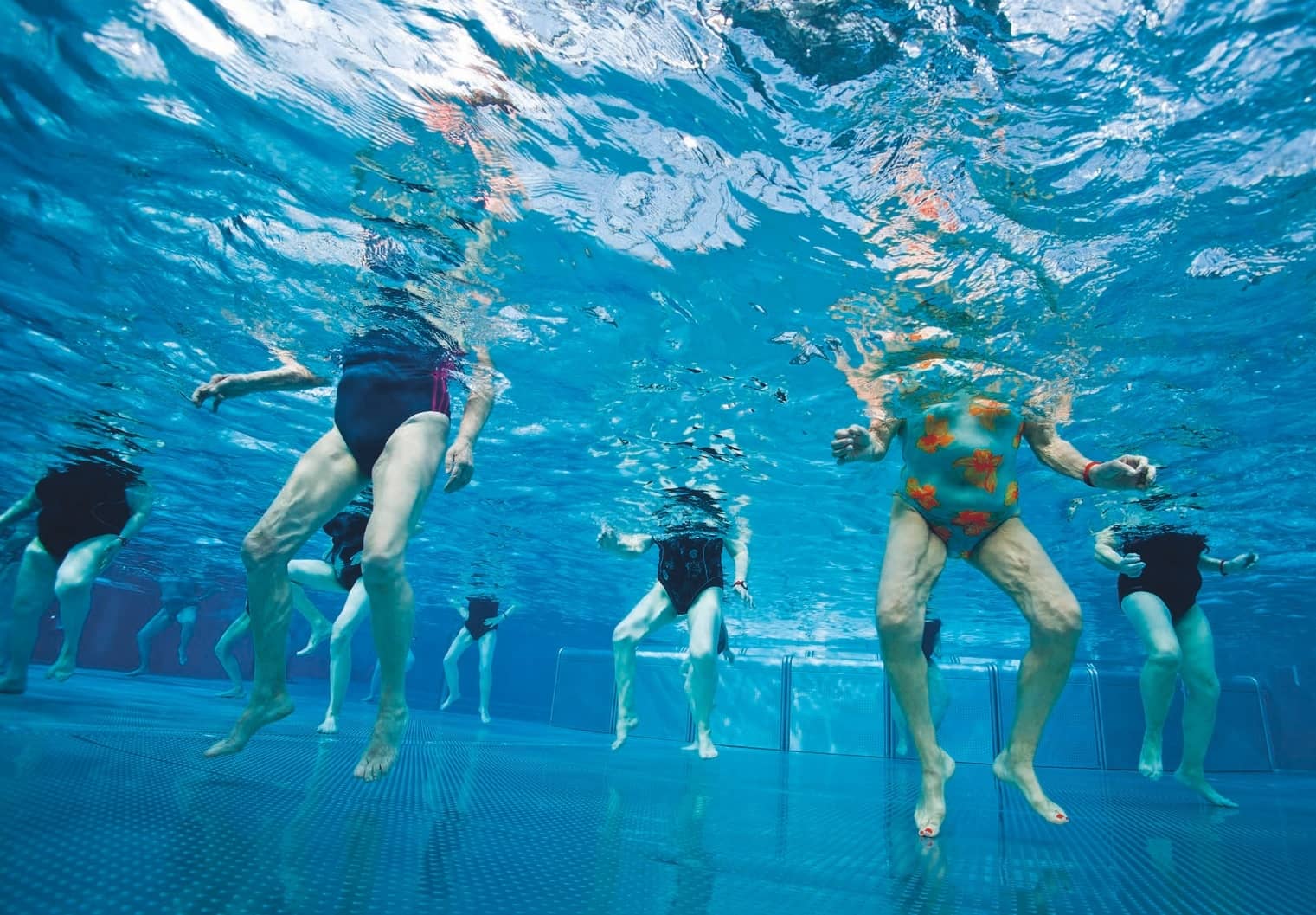 A love letter to the stroke survivors, octogenarians and ridiculous polka-dotted shower caps in the pool

WHEN THE GOING gets tough, the tough go to aquafit. That was my thought bubble on a recent Saturday morning after a ridiculously stressful week.

I was in the deep end, metaphorically but also literally—in my fitness club pool, under the shrewd yet nonjudgmental eye of our instructor, energetically doing my best version of cross-country skiing interspersed with jumping jacks and a couple of leapfrogs.

“Are you feeling it yet?” she yelled.

What I was feeling was deliriously happy and grateful to be in my aquafit class—surrounded by 20 women of all ages and stages, and even a few men.

Many of the women are just like me. Let’s call us “seasoned.” To give you a generational feel, there are at least four Judiths or Judys in the pool, names that have not been in vogue for several decades.

Combine that with a distinctly 1960s soundtrack—da doo ron ron ron—and you have a culture that is ripe for gentle satirizing.

IT’S ALMOST TOO EASY to poke fun at the territorial intensity of some women of a certain age—a few of them, dripping wet, used to treat me as if I were Putin annexing Crimea as they tersely pointed out that I was in their space.