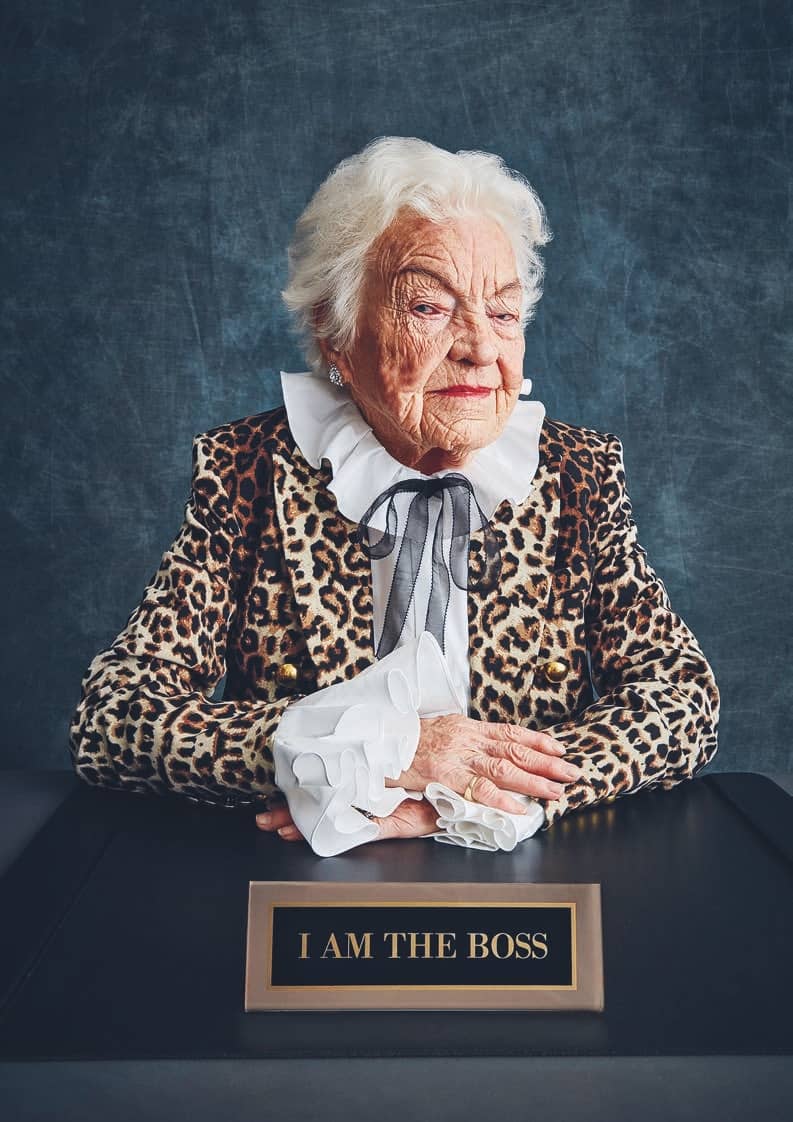 “Hurricane” Hazel McCallion, who served as the mayor of Mississauga for 36 years, is still going strong

A dark Mercedes rolls into the parking lot of the lowrise office building, one of many that dot the landscape in this bleak stretch of Mississauga, Ont.

Unfazed by the frigid February wind, a tiny old lady nimbly emerges from the car, navigates the icy patches and walks briskly toward the office. As she enters, the receptionist greets her and hands of a coffee, liberally whitened with cream. Ninety-eight-year-old Hazel McCallion, or Madam Mayor, as she still prefers to be addressed—despite retiring from politics in 2014—is ready to face the day’s challenges.

Her first point of order this morning is dealing with a stylist trying to glam her up for the photoshoot for this very story. McCallion demurs at the primping, making it clear to everyone in the room that she’s the boss: “I want the camera to capture who I am.”

Capturing McCallion’s public persona has never been difficult. In more than 36 years as mayor, she oversaw Mississauga’s transformation from a comatose commuter town west of Toronto into the sixth-largest city in Canada. McCallion became famous for showing up at every event, kissing every baby and cutting every ribbon. She ran a debt-free government and always delivered value for taxes, which she seldom raised. Her outspoken manner, flamboyant photo ops, ridiculously long work hours and uncanny ability to get projects through city hall on time and under budget earned her the moniker Hurricane Hazel.

How is it that, after 98 years on earth, this Hurricane is still blowing strong?

THE CITY THAT HAZEL BUILT encompasses all the imperfections of North American suburbia: it’s a sprawling acreage of residential housing, strip malls and stumpy office buildings intersected by four-lane throughways. But it does have its virtues: affordable homes, the Mississauga Living Arts Centre, soccer fields, baseball diamonds and libraries, all with ample parking. Every one of those buildings and amenities has McCallion’s fingerprints all over it.

Her go-to mantras while building Mississauga were “Run the city like a business” and “Do your homework.” Mississauga’s former city manager, and a long-time friend, David O’Brien, recalls the time, in the early 2000s, when a reporter showed up at McCallion’s office looking like he’d just rolled out of bed. “Are you here to do an interview?” McCallion asked him. “Go home and get dressed properly.”

Her approach to managing the building boom that exploded during her time in office was as no-nonsense. McCallion insisted that companies pay a levy to the city hall in order to build. O’Brien admits that charging development fees was controversial and received a great deal of pushback. But it helped the city pay down its debt and build facilities families needed. “Now, every municipality does this,” says O’Brien. “But we were leaders in this field.”

McCallion’s forward-thinking paid off at the polls. From 1978 to 2014, she easily won 12 consecutive elections before finally relinquishing her keys to the city at age 94.