An Act Of Service 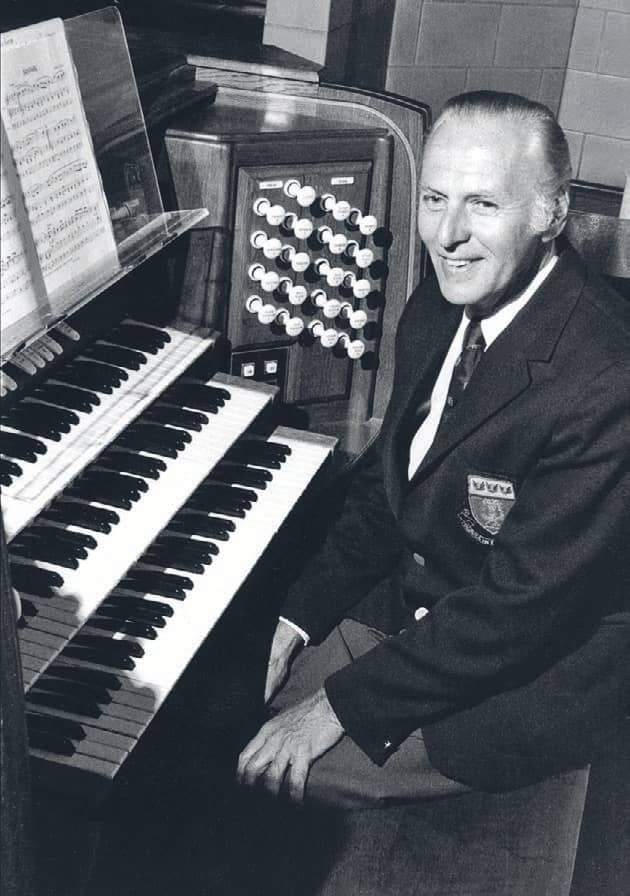 Harry Abley had a range of identities. He was a son, a husband, a father (mine), a devoted football fan, a migraine sufferer, a proud Canadian and a lifelong Englishman, a close friend of almost no one.

At various moments, he worked as a medical records clerk for Saskatoon City Hospital, a demonstrator of electronic organs at the Eaton’s department store in Sault Ste. Marie, Ont., and an assistant to the North American zone controller in the export branch of the Standard Motor Company in Coventry. He had no affection for any of these jobs. He did them for the money.

Above all, my father—who died more than two decades ago—was a musician. He played, he conducted, he taught, he accompanied, he composed. When I was a boy, he would sometimes appear at the dining table with a pencil behind his right ear and a distracted look in his eyes. After a few bites of food and a cursory exchange of words, he would excuse himself, return to the piano— the central item of furniture in the house—and play, over and over, some musical phrase. Just a few bars at a time, with tiny variations. When a melody or chord had been fixed to my father’s satisfaction, and he had scribbled it down on the back of a used envelope or the previous Sunday’s church bulletin, he would resume his meal.

The piano took pride of place in our living room. But the instrument of his life was always a walk, a bus ride or a drive away: the pipe organ. My father had been learning the piano for four years when, as a boy of 12, he started organ lessons. He fell in love; he remained in love. A small man with the habits of an introvert and the remnants of a boyhood stammer, he could sit down at the organ bench and fill a cavernous church with as much sound as an entire orchestra.

AS A TEENAGER, Sunday after Sunday, I heard him play and watched him conduct the choir. Pipe organs are like no other musical instrument: listeners in an audience or congregation rarely see the performer at work. The organist sits at a semi-enclosed console—a term that refers to the keyboards, pedals and drawer knobs, or “stops,” on either side of the musician—usually hidden behind a pillar or screen or placed high up in a gallery at the back of a church.