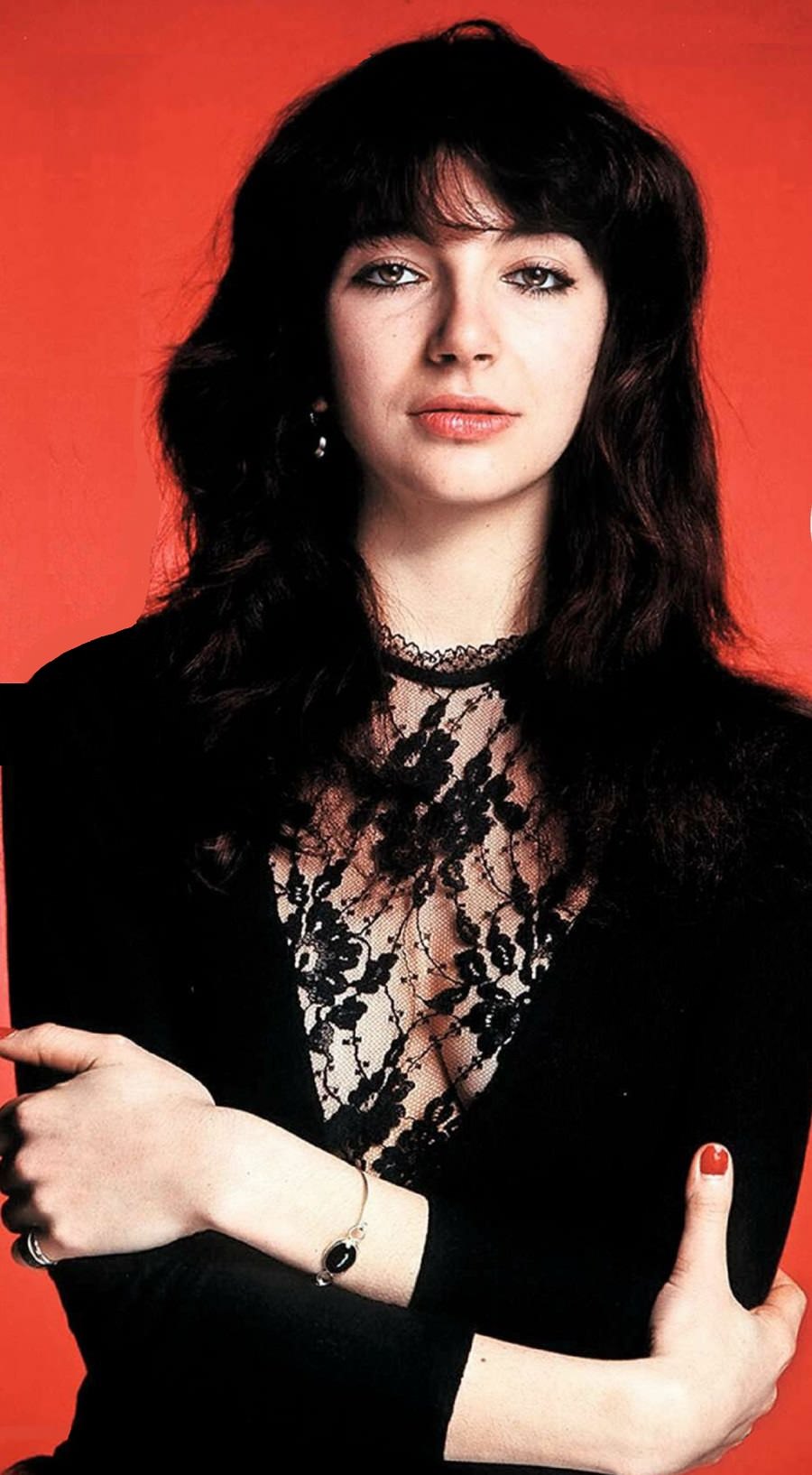 She may have been a teenager, but Kate Bush's amazing 1978 debut was years in the dreaming.

IN FEBRUARY 1978, the month Kate Bush released The Kick Inside, she appeared on Saturday Night At The Mill. Broadcast from the BBC’s Pebble Mill studio in Birmingham, the show had dinner-jacketed host Bob Langley chatting to old stagers such as Beryl Reid and Frankie Howerd, and music by house band Kenny Ball And His Jazzmen.

In retrospect, the siren-voiced, 19-year-old Kate Bush playing Them Heavy People, a rollicking hymn to spiritual enlightenment which name checks Russian mystic Gurdjieff, seems absurdly out of place. Afterwards, Bob Langley interviews “the lady, Kate Bush” in the manner of a well-meaning but slightly condescending schoolmaster. Sat behind her grand piano, Bush politely answers his questions, but looks like she might be silently telling him to piss off.

Back then, Bush said she wanted to challenge the clichéd image of the docile female singer-songwriter and make music that “intrudes” and “puts you against the wall”. Her first single Wuthering Heights, released a month before The Kick Inside, did just that. Bush’s soprano voiced interpretation of Emily Brontë’s gothic romance won some unlikely fans, including Sex Pistol Johnny Rotten. The future John Lydon was the tabloid press’ public enemy number one at the time, and later described Wuthering Heights’ “shrieks and warbles” as “beauty beyond belief.”

There’s a maddening, brilliant contradiction at the heart of Wuthering Heights and its parent album. At first, The Kick Inside’s dainty grand piano and lush strings seem to have one foot in the Pebble Mill studio. Then these songs about Gurdjieff, orgasms, incest, lust and suicide reveal themselves and, as threatened, you’re up against the wall.

At the risk of old-man finger-wagging, The Kick Inside’s back story is also a reminder of how record companies used to get results by taking their time with an artist. Catherine Bush grew up a Roman Catholic convent schoolgirl with her close-knit family in a farmhouse in Kent. Her artistic older brothers, John and Paddy, were a great influence and would be involved in her career; John as an official photographer and multi-instrumentalist Paddy as a musician on her records.

Bush’s music drew from the family’s eclectic tastes: her parents’ love of Irish folk and sea shanties, the Elton John and David Bowie songs she heard on the radio and her brothers’ typical, dope-wreathed ’70s record collections. Kate’s early boyfriend, the radio DJ Steve Blacknell, recalled taking her on dates to see psychedelic folkies the Incredible String Band and noodling prog rockers Camel in concert. But you can hear elements of all these and more in The Kick Inside.

In 1973, a mutual friend gave Pink Floyd's guitarist David Gilmour a tape of a then 15-year-old Kate singing and playing 20 original songs. Despite the poor sound quality, Gilmour heard something in her voice and ideas. Further recordings were made, until Gilmour paid for time at AIR studios in London's Oxford Street and enlisted arranger Andrew Powell and several session musicians. The subsequent three-track demo included the future Top 10 hit The Man With The Child In His Eyes and convinced EMI to sign her.