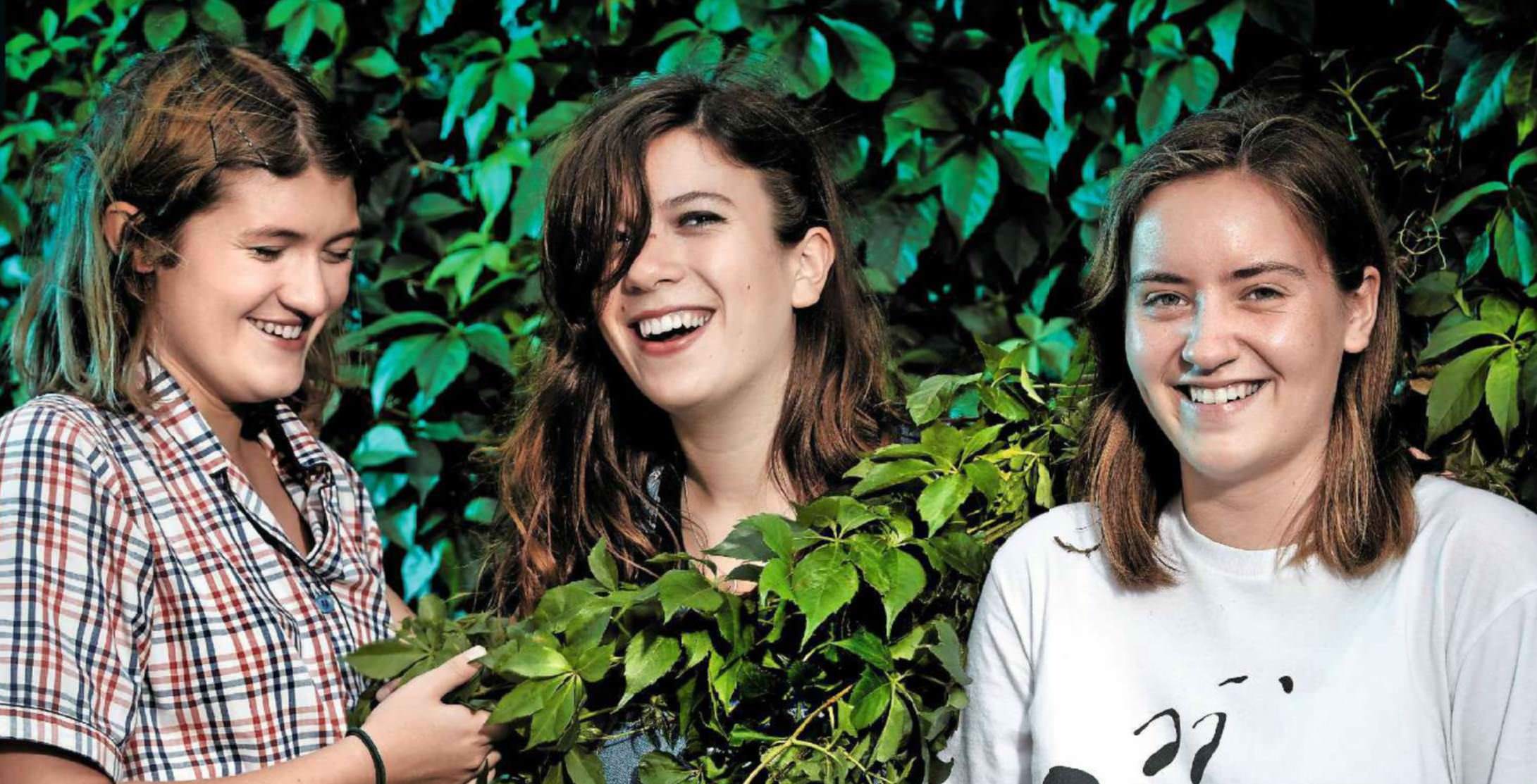 Teenage Love Can Be an Awkward Affair. Prepare to Fall for the Trio Who Spin It Into Wry, Indie-pop Gold.

Girl Ray are worried about being happy. When you trade in heartache-laced DIY pop that jangles with the sound of awkward teen love, what do you sing about when everything’s going well? It is, guitarist and lead song writer Poppy Hankin estimates, “a hundred thousand percent” easier to write songs when something’s going wrong in your life and it’s fair to say that things are on the up for Girl Ray right now.

Their first album, Earl Grey, is just out and the North London three-piece are excitedly talking over each other and finishing sentences they didn’t start. They’re just 19, but to them Earl Grey feels like a long time coming – Hankin and drummer Iris McConnell are old school friends who eventually plucked up the courage to ask classmate Sophie Moss to play bass after years of thinking she was too cool.