David Crosby -The Man Seen (& Done) It All 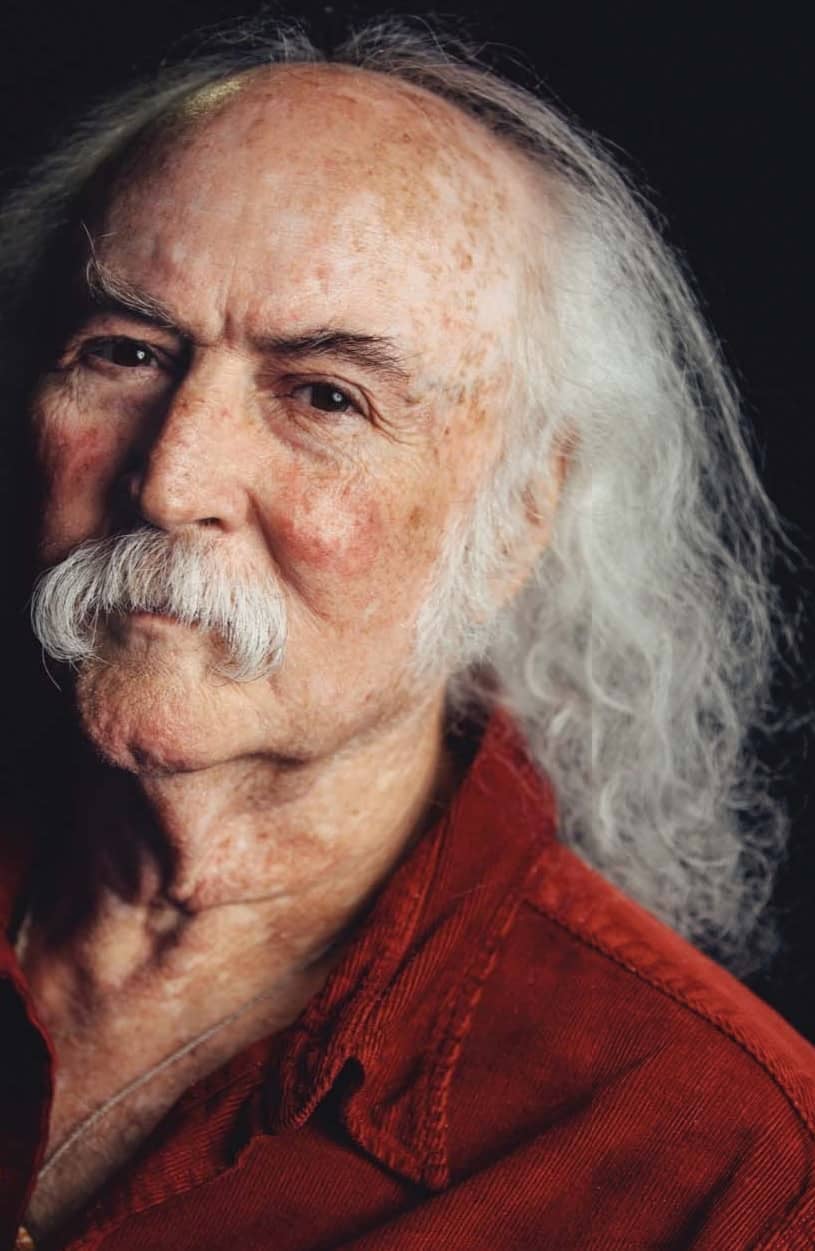 An Unforgettable Voice, An Unbelievable Life— Inside The Wild World Of An Iconic Rock Renegade

During his 77 years, David Crosby has learned a lot. But there’s still one thing he can’t quite fathom: how the hell he’s still alive. The two-time Rock & Roll Hall of Famer survived addiction, prison and four decades in music’s most tempestuous supergroup, Crosby, Stills, Nash and Young. He’s also endured health problems including liver failure, diabetes and multiple heart attacks. While he might not know how he’s stuck around, he does know why. “Music. Music makes things better. It’s a lifting force,” he says. “It’s the one contribution I can make.” In the last five years he’s put out four critically acclaimed albums, with another on the way. His workload reflects a man racing the clock. “Time is the final currency,” he says. “Not power, not money.”

Crosby’s wild past and prolific present are the subject of the gripping new documentary Remember My Name. Directed by A.J. Eaton and produced by Cameron Crowe, the film features discussions that are unflinchingly honest as Crosby grapples with his own mortality and speaks of mistreating himself and others. The most affecting moments concern his estranged CSNY bandmates, none of whom are speaking to him due to years of infighting exacerbated by recent personal comments . “I know that I’m difficult to deal with,” he says. “I’ve made so many mistakes, and I’ve wasted so much time, but I’m trying hard to be a decent human being.”