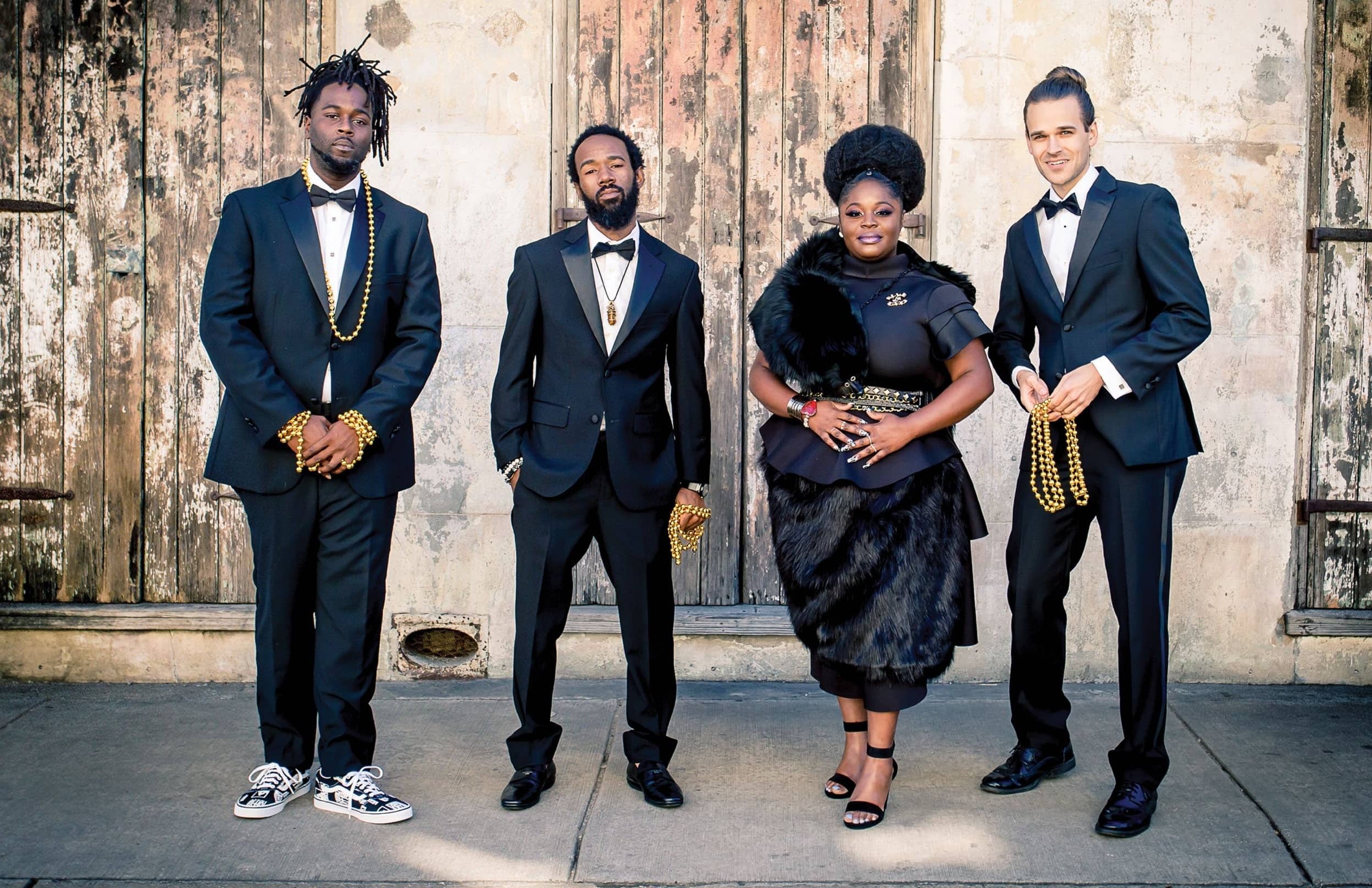 Tank and the Bangas reign over krewe Bohème.

TARRIONA “TANK” BALL MADE A LIST OF THE GREAT THINGS Tank and the Bangas experienced in 2019. It’s a long list: a Grammy Award nomination for best new artist; performing at Carnegie Hall, the Apollo Theater, the Library of Congress, the Glastonbury Festival in the United Kingdom and AFROPUNK Fest in Paris; the group’s national TV debut on The Tonight Show Starring Jimmy Fallon; filming a performance for Austin City Limits; dropping Green Balloon, the band’s major label debut; meeting Michelle Obama; becoming friends with Jill Scott; and Ball’s solo appearances in Vogue and Essence magazines.

“That’s a hell of a year,” she said. Tank and the Bangas accomplished all that even though the band never sets goals or timelines. Instead, manager Tavia Osbey said, “we speak what we want into manifestation and keep the work going until it happens.”

This year, 2020, looks like another beautiful year for the New Orleans band that blends poetry, whimsy, funk, rap, R&B and jazz into intoxicating music and performance. In early January, Tank and the Bangas made its Jam Cruise debut. In late January, the band traveled to Los Angeles for the Grammy Awards. Also in January, the group kicked off Season 2 of OffBeat’s acclaimed original video series, “OnBeat Sessions,” which can be viewed in the digital version of this cover story.

On February 7, Ball will reign over Krewe Bohème’s Mardi Gras parade as the Supreme Green Fairy. She’ll ride in a 12-foot-high bottle that represents absinthe, the green elixir that historically inspired writers and artists. Krewe Bohème’s walking parade features handmade throws and an emphasis on artistry and the Bohemian spirit, said Bri Whetstone, the krewe’s communications director. “When we were considering who our Supreme Green Fairy would be this year, Tank was the obvious choice,” Whetstone said. “She’s so talented, she’s so avant-garde. Her style perfectly encapsulates what we do.”

“I’ve been working the green,” the vivacious Ball said during a coffee shop interview with Bangas drummer Joshua Johnson and alto saxophonist and flutist Albert Allenback (bassist Norman Spence is the fourth Banga). For instance, Verve Forecast Records released Green Balloon, the band’s second album, in May. Green isn’t Ball’s favorite color, “but it just stood for a lot of things, so it’s perfect that I can be the Green Fairy.”

On February 28, following Mardi Gras and three Tank and the Bangas shows in Japan, the band will launch a North American tour with fellow New Orleans band the Revivalists. The tour’s dozen dates include Radio City Music Hall. A ten-date European trek will follow in March and April. 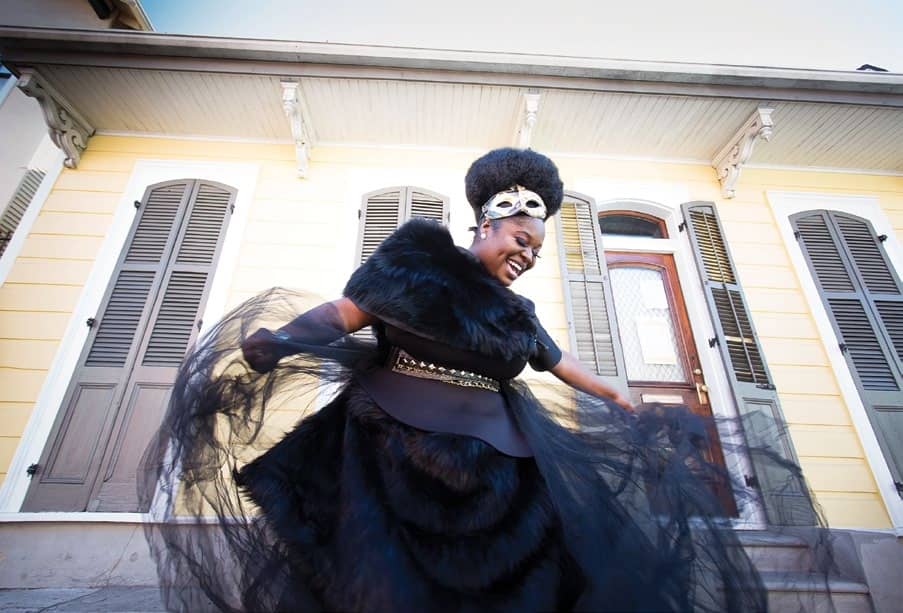 Recent years saw many lights turn green for Tank and the Bangas. In April 2019, a few weeks before the release of Green Balloon, Tank and the Bangas appeared on The Tonight Show Starring Jimmy Fallon. Ball and Allenback were anxious about their national TV debut. And now Allenback only remembers doing the show in his dreams. Johnson, on the other hand, rolled with it. “I was fine,” he said. “Right before we performed, the dude backstage said something that made me even more ready. ‘All they’re here for now is you. It’s y’all’s stage.’ And it seemed almost like a normal show, even though it was only three minutes, that one song. But we treated it like a whole show. We caught people’s attention at the beginning. I watched them get enthralled.”

On January 2, 2020, Tank and the Bangas band returned to NBC Studios in Rockefeller Center for an appearance on the network’s morning show, Today. Having appeared often on New Orleans morning shows, Today was a piece of cake.

“I thank God for WDSU and News with a Twist,” Ball said. “They prepared us so much. And after all those mornings getting up at five to go chat with Sally-Ann Roberts (at WWL), the Today show felt natural.” Allenback lost his fear of national TV, too. “While we were doing it, I was like, ‘We’re grooving.’”