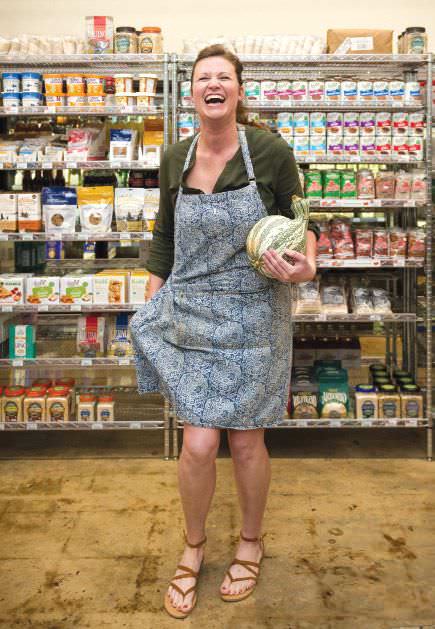 Ashley Roussel left the volleyball court for the kitchen.

Elsa Hahne
Growing up in Lafayette placed Ashley Roussel in close proximity to food, farms and sports. Her dad was a quarterback for the Ragin’ Cajuns and “the best cook I knew,” while her mom ran a wholesale herb farm in Loranger, Louisiana. Her brother played football (and baseball and basketball) while she played volleyball (and softball and basketball and high jump). Sports was family life, and vice versa. “Outgoing” wasn’t quite strong enough of a word to describe the 6-foot-1 force that was Ashley Roussel at 18. She was six months into a broadcasting major at ULL when a local sportscaster happened to walk by her porch, recognizing her immediately as an important player on the university volleyball team.

“I wanted to be a sports broadcaster on ESPN,” she remembers. “And here’s this guy walking by who’s the weekend sportscaster for Channel 10. I was like, ‘Oh my gosh, you’re doing what I want to be doing!’”

He joined her on her porch for a career chat that didn’t go the way the young athlete was expecting. Within minutes, he’d convinced her that her current path would make her “jaded, cynical and angry.”

“I really didn’t have a clue,” she said. “I was taking classes I couldn’t relate to, lots of technical stuff, lots of cameras and computers. I’m an analog girl, and the digital world was not where I lined up.”

That’s when she called her dad and coach, Butch Roussel, who was one of the original owners of Fat Harry’s. What did he think about hospitality management instead? Within days, she’d switched majors and was soon off to apply for her first job at Zea—their third restaurant had just opened in Lafayette. They hired her on the spot as a server.