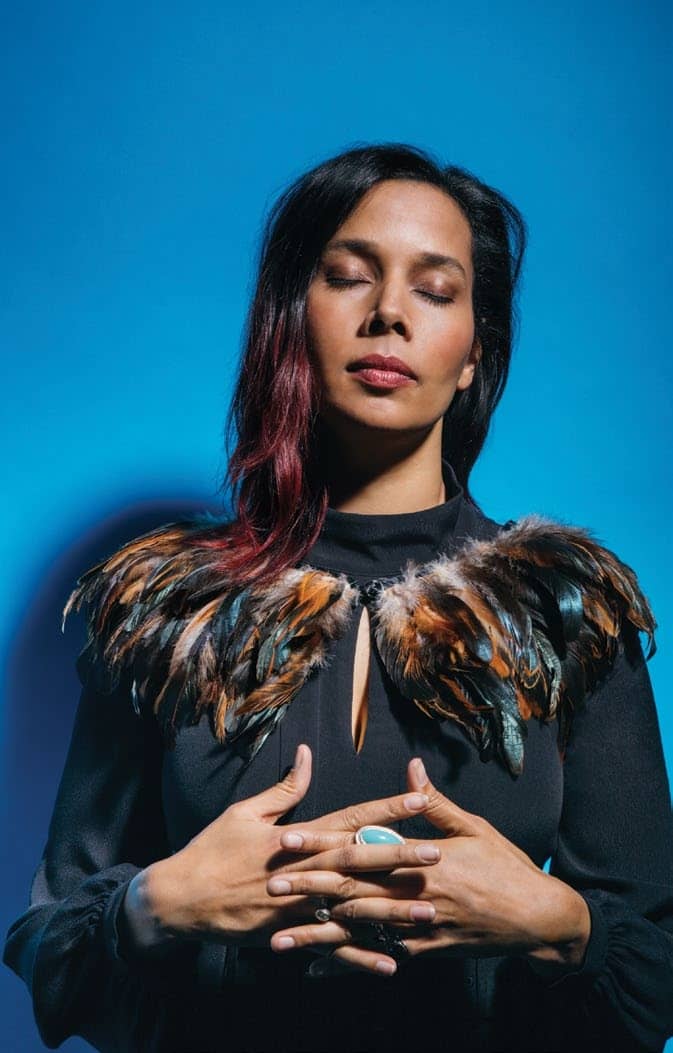 On January 25, 2020, following one Grammy Award, six Grammy nominations, and her MacArthur Foundation “genius” grant, Giddens is delivering the keynote speech at the FAI conference in New Orleans.

A singer, songwriter, and multi-instrumentalist from Greensboro, North Carolina, Giddens frequently injects social consciousness into her music. That dovetails with the social justice themes at this year’s FAI conference. And the songs on her latest album, there is no Other, champion inclusion. One of them, “I’m On My Way,” has a Grammy nomination for best American roots performance.

Sonically, there is no Other links Africa and the Middle East to Europe and America. Giddens, a graduate of Oberlin Conservatory of Music, sings in her classically trained voice and plays minstrel banjo, octave violin and viola. Italian multi-instrumentalist Francesco Turrisi plays Arabic frame drums, lute and its long-necked cousin, the colascione, tamburello (an Italian tambourine), cello banjo (tuned an octave below standard banjo) accordion and piano.

Prior to there is no Other, Giddens and Turrisi collaborated in 2019 for Lucy Negro Redux, a ballet staged in Nashville and Knoxville, Tennessee by OffBeat publisher Jan Ramsey’s brother Paul Vasterling. Also in 2019, Giddens also released Songs of Our Native Daughters, her acclaimed collaboration with Amythyst Kiah, Allison Russell and the New Orleans-based former Carolina Chocolate Drop, Leyla McCalla.

Giddens and there is no Other producer Joe Henry previously worked together for the Carolina Chocolate Drops’ Grammy-winning Genuine Negro Jig album and Allen Toussaint’s final studio recording, american Tunes. T Bone Burnett (O Brother, Where are Thou?, Alison Krauss and Robert Plant’s Raising Sand) produced Giddens’ 2015 solo album debut, Tomorrow Is My Turn. She co-produced her follow-up solo album, Freedom Highway, as well as Songs of Our Native Daughters with multi-instrumentalist Dirk Powell at his studio in Breaux Bridge, Louisiana.

Following a world tour with Turrisi, Giddens’ expanding horizons in 2020 include the May premiere of her opera, Omar, at the Spoleto Festival USA, and her November performances as Bess in George Gershwin’s opera Porgy and Bess at the Greensboro Opera.

You’re giving a keynote speech at the Folk Alliance International conference this year, but years ago, with the Carolina Chocolate Drops, you were an aspiring showcase performer.

We didn’t know what we were doing. I remember going to Kinko’s that morning and making flyers. It was pretty intense, because nobody was there at the conference with us. No manager, nothing. I collected a stack of business cards and transcribed all of them and sent them to my booking agent. We were doing it ourselves, but long relationships started there at the conference.