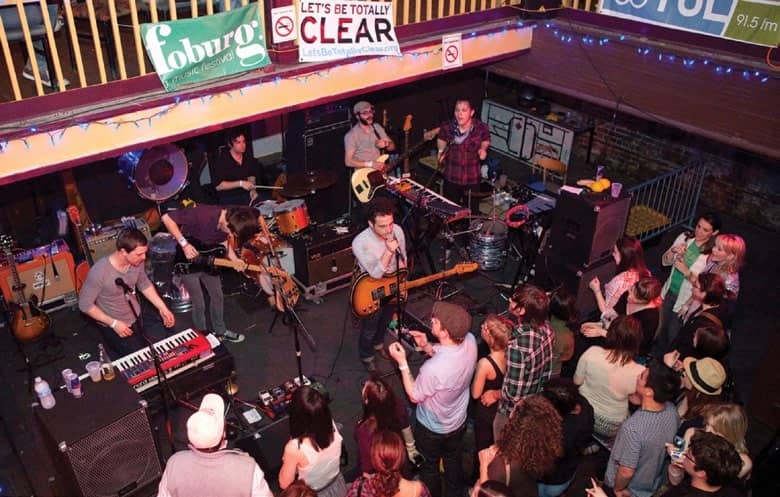 New Orleans rock artists have always been a part of the city’s music scene.

Before the Foo Fighters made the Preser-vation Hall Jazz Band frequent collabo-rators; before Arcade Fire’s Win Butler became a courtside staple at Pelicans games; before New Orleans became a chic destination for rockers both mainstream and obscure, there was Foburg.

The Foburg Festival, which first debuted ten years ago this March, was a South by Southwest-type event in which a single wristband gave festival-goers access to a variety of venues on Frenchmen Street featuring local and national indie rock bands. The Revivalists were on the bill, as were Glasgow and Alexis Marceaux, acts that would eventually morph into Sweet Crude. Givers, Hurray for the Riff Raff, Meschiya Lake, Helen Gillet, Kristen Diable, and Flow Tribe also performed at the inaugural festival. And those weren’t even the biggest draws at the time.

Foburg was the crowning achievement of the New Orleans Indie Rock Collective, a group of musicians, managers, and promoters who pooled their expertise to help foster the burgeoning New Orleans indie rock scene.