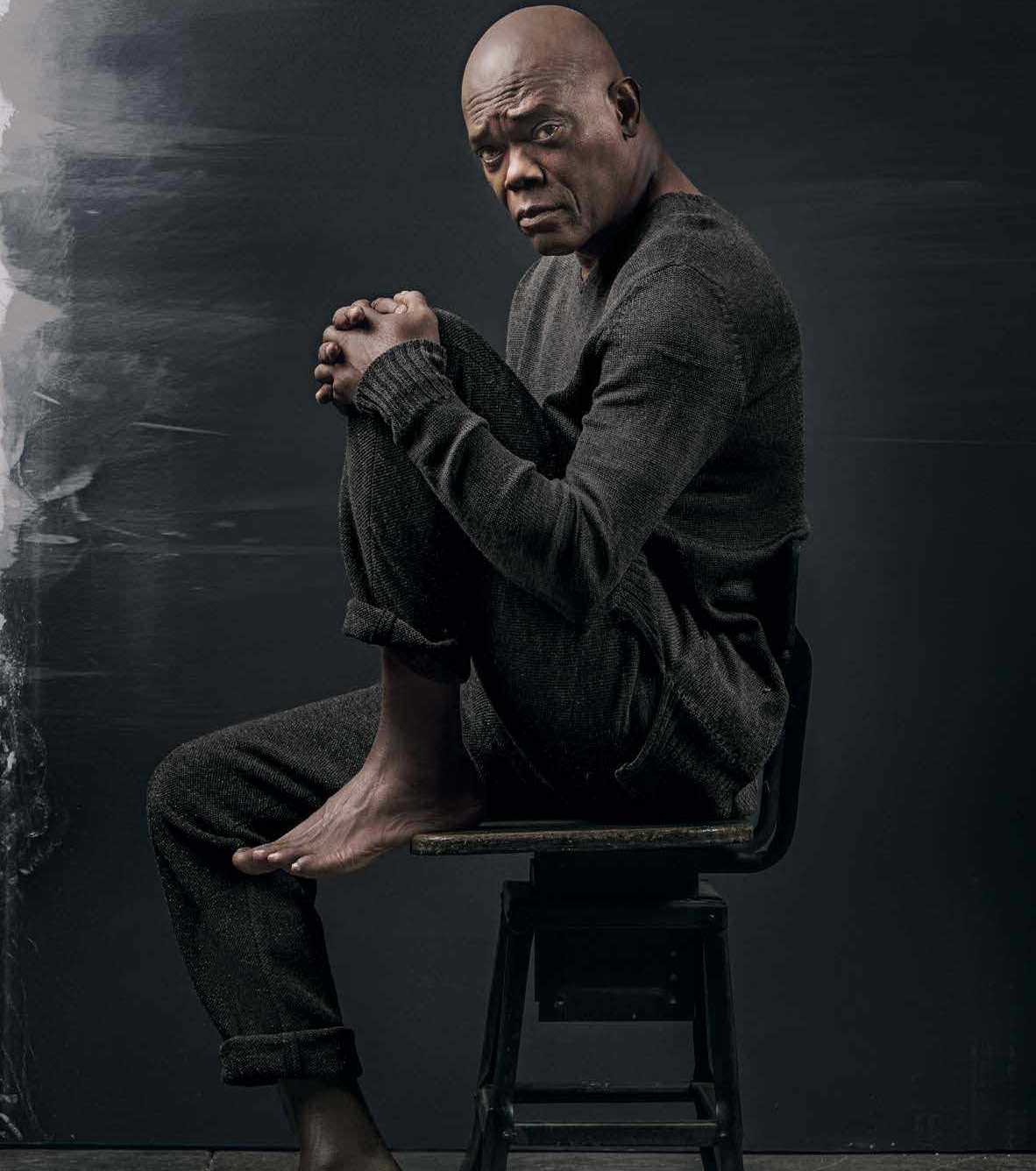 Six collaborations in, no one understands the directors vision better than Samuel L. Jackson.

Samuel L. Jackson remembers the exact moment he met Quentin Tarantino, because, well, it’s hard to forget the motherfucker who screwed up your audition for Reservoir Dogs. That was 24 years ago, and Jackson still calls Tarantino a motherfucker, though now “it’s the endearing motherfucker, not the curse motherfucker,” he says, as in their common greeting, “What the fuck, motherfucker!”

Jackson tells the tale of their first encounter with the kind of affectionate shit-talking born of deep friendship; they’ve just finished their sixth movie together (The Hateful Eight, out December 25). It was 1991, the year Jackson, a theater veteran just getting into movies, won Best Supporting Actor at Cannes for Jungle Fever. He’d shown up to casting for this unknown screenwriter’s first feature having memorized a scene he thought he’d be playing with Tim Roth and Harvey Keitel. Instead, he got stuck reading with two bozos he’d never seen before, who didn’t know their lines and couldn’t stop laughing. “I didn’t realize it was Quentin, the director-writer, and Lawrence Bender, the producer,” says Jackson, “but I knew that the audition was not very good.” He didn’t get the job. “My agent and manager tell me that my expectations of everybody else being as prepared as I am is my biggest problem,” Jackson tells me.

It wasn’t until Reservoir Dogs’ notorious premiere at the Sundance Film Festival the following January that Jackson saw Tarantino again. Half the audience had fled amid all that gleeful gore; Jackson went up afterward to shake Tarantino’s hand. “He’s like, ‘Yeah, yeah, yeah, I remember you. How’d you like the guy who got your part?’ ” says Jackson. “I was like, ‘Really? I think you would have had a better movie with me in it.’ ” (Let it be known that Jackson’s well-honed Tarantino impression sounds like an unholy amalgam of Gollum, Joe Pesci in GoodFellas, and the Looney Tunes Road Runner.)

Tarantino told him not to worry; he was writing something for him. Two weeks later, a brown paper package arrived. The images of two gangsters were printed on the front, and a note inside read, “If you show this script to anyone, we’ll show up at your door next week and kill you.” It was Pulp Fiction, whose Bible-quoting hit man “in a transitional period,” Jules Winnfield, would make Jackson a household name at age 46. But only after someone in casting greeted Jackson as “Mr. Fishburne,” and he got so pissed off he murdered his audition.

Tarantino has said that Jackson, along with Christoph Waltz, is “one of the greatest actors to ever say my dialogue.” If most actors come into Tarantino’s world with an 80 percent understanding of how to deliver what he wants, says The Hateful Eight’s Walton Goggins, “I think with Sam, it’s almost 94 percent there.” Since Pulp Fiction, Jackson has appeared in nearly every movie Tarantino has made—an honor not even Waltz or Uma Thurman can claim: the arms dealer Ordell in Jackie Brown; the piano player who gets blown up minutes into Kill Bill: Vol. 2; the narrator for Inglourious Basterds (“Quentin didn’t believe I could learn enough French to be the other black guy—I would’ve figured it out!”); and what may be the meatiest role of his 120-plus-movie career, a former Union officer turned bounty hunter in the lawless aftermath of the Civil War in The Hateful Eight. Jackson embodies the swagger and defiance that course through Tarantino’s revisionist realities—such as, this time, a black man being the central character of a classic Western. He and Tarantino are the cinematic equivalent of an old married couple, with a near-perfect collaborative streak—“except Reservoir Dogs,” Jackson can’t help but point out. Again.