Nancy Meyers On Women In Hollywood 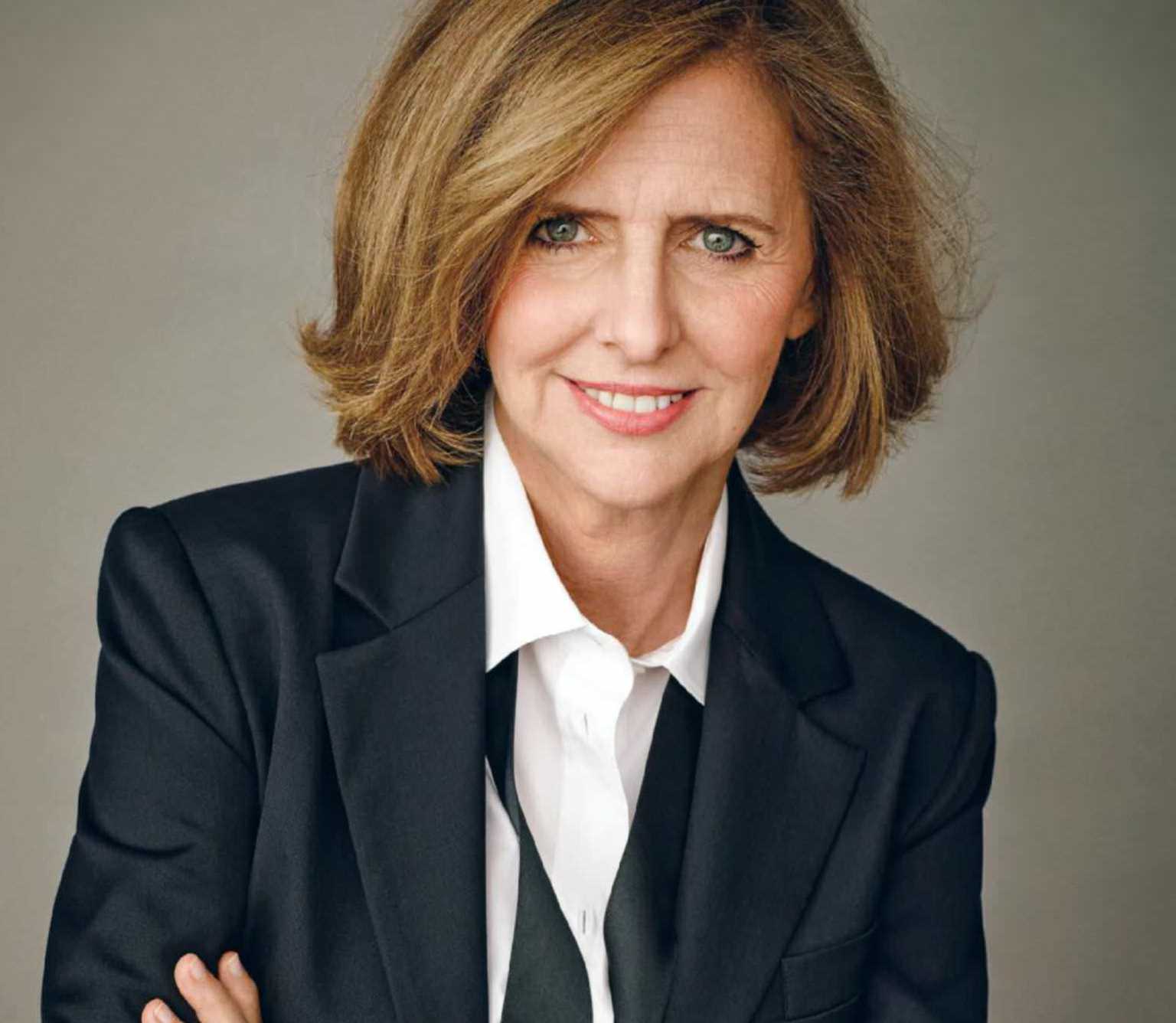 On the eve of the release of The Intern - which is not a romantic comedy - Nancy Meyers talks about what's happened to women in Hollywood, what's happened to men everywhere, and whether Hillary Clinton will get a Meyers-worthy third act.

THE MOST SUCCESSFUL FEMALE writer and director in Hollywood lives in a pretty stone house straight out of one of her own films. It’s surrounded by lavender and olive trees and filled with comfortable chairs, well-loved books, and vases of fresh flowers. Nancy Meyers’s success is striking not just because she is a rare woman director, but because she has produced a stream of hits about a subject Hollywood says no one is interested in: women in late middle age, discussing how they feel.

In Meyers’s new movie, The Intern, out September 25, the protagonist is younger (played by Anne Hathaway) and her foil is older (Robert De Niro), and it’s not a love story. But it is as radical in its insistent focus on the female experience as ever. We sat down with Meyers at her home and again at the Farmshop in the Brentwood Country Mart (which looks a lot like the place where Meryl Streep taught Steve Martin to make a chocolate croissant in It’s Complicated) for a conversation about what it’s like, and what it means, to occupy such a singular position in Hollywood at such a complicated moment.

In The Intern, De Niro plays a 70-year-old widower who goes to work as a lowly intern at a fashion website run by a 30-ish Anne Hathaway. Where did the idea come from?

I actually had the idea when we were shooting It’s Complicated 1. I was driving to work one day, and for the life of me I don’t know why, but I got this idea: What if an older person took a job as an intern? It just made me laugh. And then it became, well, who’s the guy? And then who would he work for? A woman just seemed like a logical good idea—never for a second did I ever want it to be romantic. And when I started thinking about interns, I started thinking about guys, about what’s happened to men.

What do you mean, what’s happened to men?

Well, the difference between this man and the millennials. I’ve seen it in my own life. I see guys in their mid-30s with their little boys, and they’re wearing the exact same outfit. They’ll wear like the same T-shirt, same kind of shorts, same sneakers, and I just remember when men didn’t dress like their 4-year-olds.

When my kids were growing up, they had Take Your Daughter to Work Day. It didn’t cross my mind that there was no Take Your Son to Work Day, because it was expected the men will grow up and go to work. I think my generation, brought up by Oprah Winfrey, really got behind girls in a great way, and I think the boys … the line in the movie is “Well, maybe they didn’t get left behind, but you know, there’s definitely some kind of gap.” I’m not talking about all men, of course. But I don’t think the Peter Pan quality is something women want in their men, that’s for sure. Like I said in my movie, men have gone from men to boys and women have gone from girls to women. It’s a problem. I can only imagine that that discrepancy and that dynamic must feel more than a little off if you are in the thick of it. And Hollywood has done its part in the last ten years of selling that guy as a leading man. And he’s not. The childish man who can still get the interesting, smart women? And people say I write aspirational.

Is that why you didn’t write a romance this time around?

I didn’t want to write another romance. I never wanted to write another scene in a restaurant between a man and a woman. I think David Mamet said, “There’s always the scene in a restaurant where the woman gets to talk.” I just didn’t have it in me to write one more of those things. And I felt sort of done with the romantic story. It just wasn’t what I was feeling. And I felt I’d covered that subject pretty well: to fall in love, and out of love, and be divorced, be Cameron Diaz’s age, or be Meryl Streep’s age. So I thought, A relationship between a man and a woman that’s not romantic, this is interesting. I’ve never done that. I think the age difference kind of really keeps the romance out of it. But I guess really, to be honest with you, if she were 60 or he was 35, I think they’d be wonderful together. But I think they’re both too cool and smart to ever have thought about it.

The Intern is quite a feminist movie. One of the things I noticed about Anne Hathaway’s character is that there’s no particular difficulty that she has in being a working mother. She’s off to work, and she loves her daughter, and she’s very confident in that. That’s something you don’t see depicted very often. It’s always that the working mother is a mess, she has on two different colored socks...

You know, Baby Boom came out in 1987. My daughter was born that year. So, in that movie the mother was torn. It was hard on her. She was an employee. Being a working mother was difficult because of her commitment as a mother. This is 2015, and in 2015 I would not have thought of making her an employee. I wanted her to be the CEO. She’s got a stay at-home husband, and some difficulty there, but there are no issues at work. To me, we have moved beyond that. I hadn’t done a woman-workplace movie since Baby Boom, and I was so happy at how different it was.

Not that sexism doesn’t exist in the movie. A character calls her company a “chick site.” Did you include that because people have called your movies chick flicks?

For sure. And somehow there’s a judgment attached to it, and that judgment is never applied to films that men also go to, though I don’t think my movies are just attended by women. I read it in reviews or just snarky comments you can read online. Over the years, it’s been hard to get male movie stars to be in a movie if a woman’s the lead, where a great, great movie star, a woman, will be in a movie where the man’s the lead. So there’s just not parity there, we’re not on equal footing.

This is a moment when all these issues are coming out. There was Patricia Arquette’s speech about equal pay at the Oscars 2; Meryl Streep is starting a screenwriting workshop for women 3; the ACLU has called for an investigation of the major studios for gender discrimination 4. You are one of the most consistently successful screen writer-directors in Hollywood, and yet you are still called the director of chick flicks.

It’s more than Hollywood. And I’m not just talking about me. All of us. Is it less good writing, is it less good directing? These are really conversations about what’s going on in our world and how we see ourselves, how we as women see ourselves. And why isn’t there a lot of value put on that?

Have you followed this ACLU investigation? I mean, do you think it’s …

Surprising that more women aren’t hired? That only 6 percent of films are directed by women? It’s appalling. Then when you hear that people who are buying TV shows sort of feel there’s some kind of quota, like a “We already hired a woman this year” kind of thing, and then when you hear those kinds of things, it’s shocking.

You probably have been dealing with this your whole career.

I think filmmakers of my generation have—well, I’ll talk for myself anyway— blinders on. I don’t mean I’m blind to what exists outside. But my determination kept pushing me forward. And if a door closed I just found another door.

And did many doors close?

Well, not everybody wants to make every movie. I want to be clear about that. It isn’t like a guy goes out with a movie and every single studio wants to make it. But Something’s Gotta Give, for example, when I went to pitch that, I knew, I could just feel that these people are not making a movie with a 55-year-old woman at the center. And I went to Sony, and I pitched it to Amy Pascal 5 and John Calley, and it was just a completely different meeting. I felt embraced, and I felt that Amy and John totally got it, and they weren’t afraid of it. Amy, being a woman, understood it.

You've had great luck with a lot of female executives. Sherry Lansing 6 green-lit the first movie you wrote on your own.

Yes. I wrote with my ex-husband 7 for 18 years. I had never written without him. I had written one script before Private Benjamin 8, but it was sort of like a practice script. When we broke up, I didn’t know honestly that I could do it by myself. It wasn’t like I said, “Wow, okay. Finally I get to …” It wasn’t like that. I moved into this house, which we had been building during The Parent Trap, and I thought, Well, okay, get to work.

Was this office built for you guys to write together?