Lesley Arfin on Love, Selfishness, and the Art of Oversharing 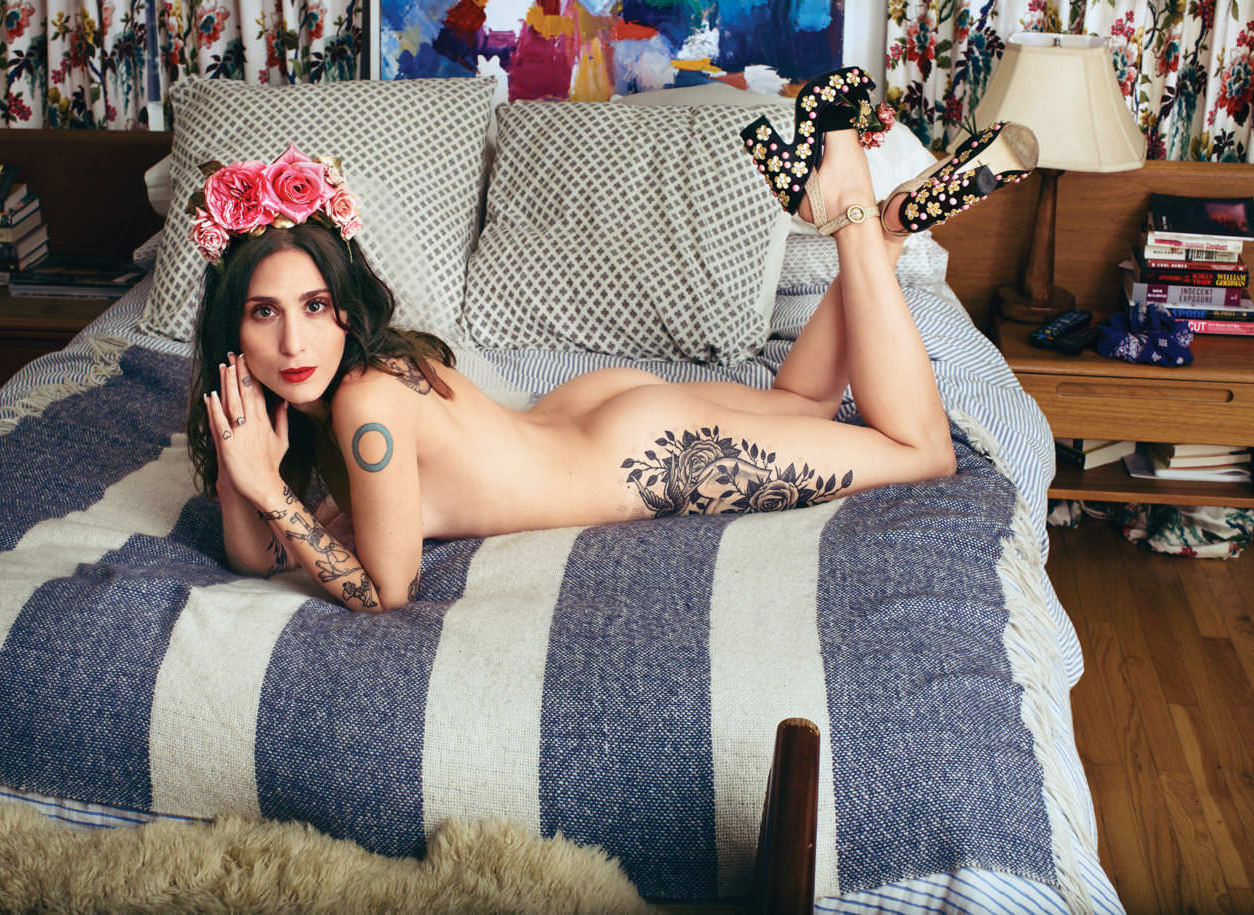 The Judd Apatow protégée and co-creator of Netflix’s new Love on the art of oversharing.

Sitting in the cluttered Los Feliz apartment that writer Lesley Arfin shares with her husband, comedian-writer Paul Rust, I feel as if I’ve stepped through a TV screen and into the living-room-interior set of Love, the new Netflix series the couple co-created, and found the show’s fictional universe rolling confessionally along.

Love, which premiered February 19, was co–executive produced by Judd Apatow and tells the fitful story of how L.A. 30-somethings Gus (Rust) and Mickey (Gillian Jacobs) become a couple. It’s not all just meet-cute. The episodes are 30-minute deconstructions of modern courtship, with all the detours and dysfunction that occurs when two maladjusted people try to achieve some kind of intimacy.

“Mickey and Gus are based on Paul and me,” the 36-year-old Arfin explains, sitting on a green corduroy couch. “Well, versions of us.” The genesis of the show came from questions Arfin had been asking herself about her relationship: “I’d said to Paul, ‘I know I love you, and it’s like, why? It’s not just, You’re my soul mate.’