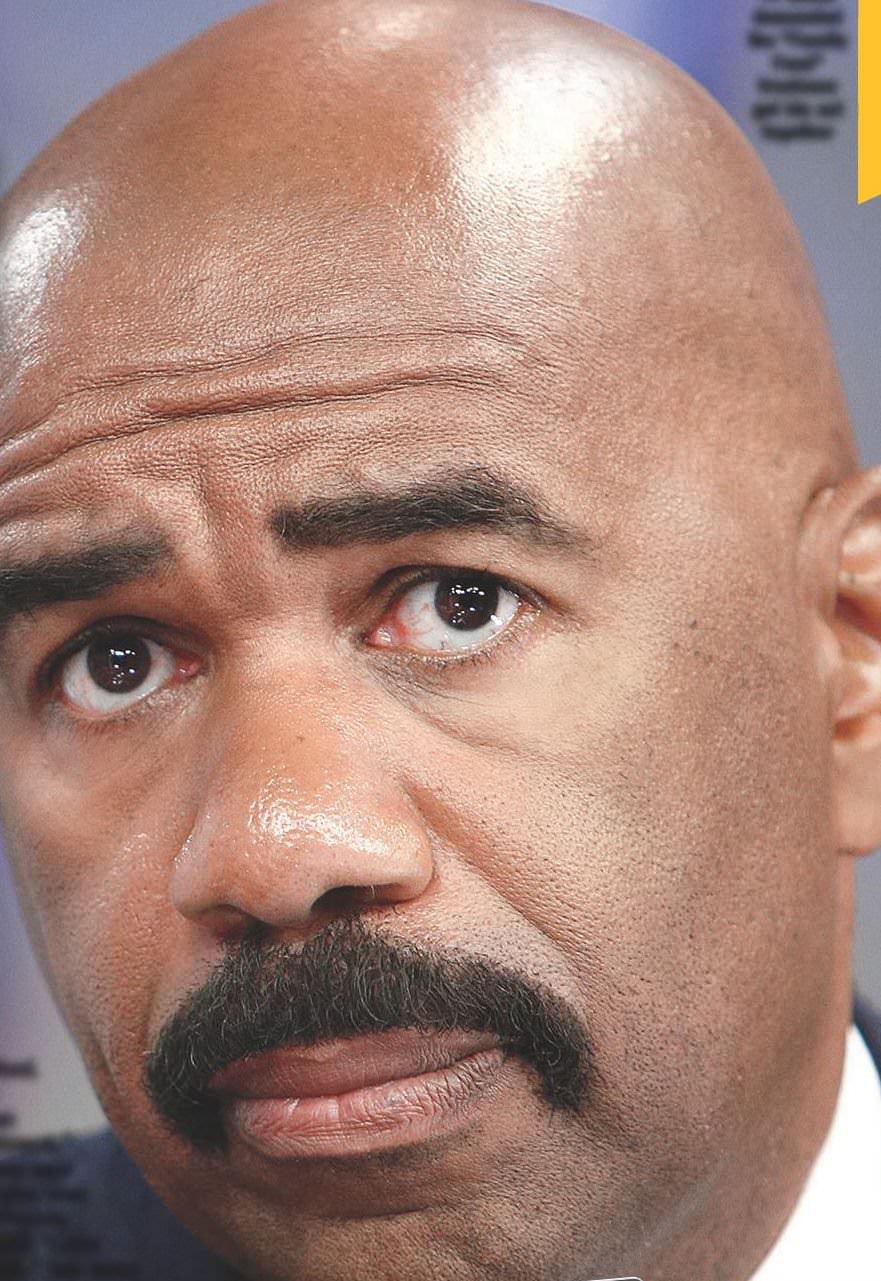 NOTORIOUS scumbag Steve Harvey has been clobbered with a sexual harassment lawsuit that threatens to topple his $100 million business empire and trigger a megabucks divorce!

In blockbuster legal papers, hard-working single mom Dominique Collier accused the talk show tyrant of secretly plotting to
tart her up and humiliate her in front of his TV audience!

With the sex assault suit heating up, a Dallas radio station has yanked the pompous blowhard’s syndicated morning show off the air permanently! “Steve’s stuck between a rock and a hard place, and he’s not going to be able to worm his way out of this one — not in this #MeToo era!” spilled a source.

In her suit, Dominique claimed she responded to a casting call for “single professional women who like to show off their looks” and producers promised to present her as a mom who’s also a fitness model.

Dominique showed up for the taping in conservative clothing, but staffers on the “Steve” show pushed her into donning a provocative outfit and parading in front of the studio audience, according to court documents.