Bling King: How Drake Became the Golden Boy of Rap 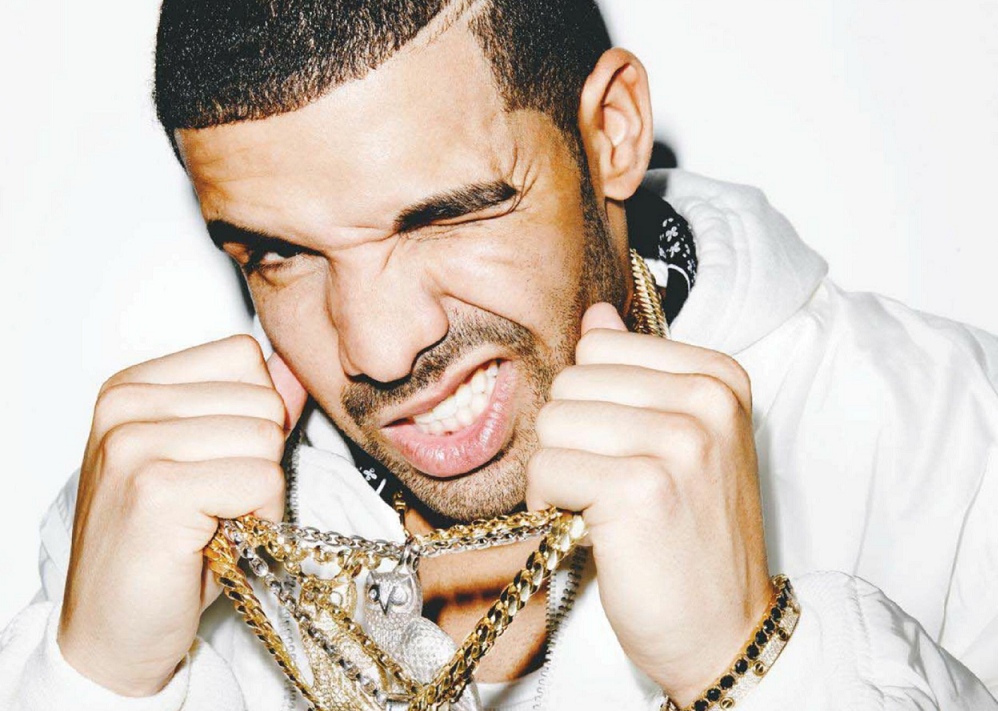 A week on from the release of his fourth album, ‘Views’, Drake finds himself the king of rap. David Renshaw looks into what makes the so-called ‘6 God’ the quintessential modern artist.

FEBRUARY 24, 2016. Drake is onstage with Rihanna at the Brit Awards at London’s O2 Arena. It’s just after the watershed and the Barbadian star is grinding against the Canadian rapper as they perform her new single ‘Work’. An hour later, 29-year-old Drake has blown off the ceremony to zip over to east London and jump on stage at Village Underground with fast-rising south London grime crew Section Boyz, who he’s been praising on Instagram. Flame emojis light up social media timelines as fan-shot videos are shared, and Section Boyz post a video on Instagram with the message “life only just began”.

These two hours of Drake’s life encapsulate his unique position in the music world. He’s a household name who megastars call up for guest verses on hit singles. He’s a champion of the underground, who’s as at home at an awards ceremony watched by millions as he is on stage with a bunch of 21-year olds from Croydon. He’s a product, and master of, the internet. And he is, following the release of fourth album ‘Views’, arguably the biggest name in rap. Jay Z is semi-retired, Eminem hasn’t released a good record since 2009’s ‘Relapse’, Kanye West’s genius is undeniable, but his erratic nature has alienated some fans, and Kendrick Lamar is awesome and powerful, but not yet a megastar.

Step up Drake, who’s asserted himself at the top of the pile. But how has he done it? And what is it about every album and video he releases that connects so overwhelmingly with his fans?

“Started from the bottom now we’re here / Started from the bottom now my whole team f***ing here”. So rapped Drake on 2013’s ‘Started From The Bottom’. But it’s fair to say that, by any measure, he did not start from the bottom. Born Aubrey Drake Graham in 1986, he was raised by his Jewish mother Sandi, a teacher, and musician father Dennis in upper middleclass Forest Hill in Toronto. Things weren’t always cushy for him though. At the age of five his parents split and he went to live with Sandi. Dennis, a drummer who played with Jerry Lee Lewis, was in and out of prison for “an assault charge or a drug charge or something,” Drake told Complex in 2011. “I didn’t [really] have a father, because he was in jail two separate times. He did a two-year bid and a three-year bid.”

At 15 he was cast on high-school drama Degrassi: The Next Generation, in which he played Jimmy Brooks, a high-school basketball star left disabled after being shot by a classmate. He was making music at the time too, and self-released his unimpressive debut mixtape ‘Room For Improvement’ in 2006. Juggling the two became too much of a compromise for his Degrassi producers, and they gave him an ultimatum. “I chose this life,” he told W Magazine last year, and quit the show in 2007.

It took another two years for Drake’s breakthrough to come, with third mixtape ‘So Far Gone’. In an early display of the social media fanbase that would push him to the top, word of mouth about his emotionally honest music saw the physical release become one of the year’s bestselling rap albums, a million or so copies behind Jay Z’s ‘The Blueprint 3’ and Eminem’s ‘Relapse’, but ahead of Flo Rida and 50 Cent. A deal with New Orleans rapper Lil Wayne’s Young Money record label followed.

THE ODDBALL RAPPER FROM TORONTO