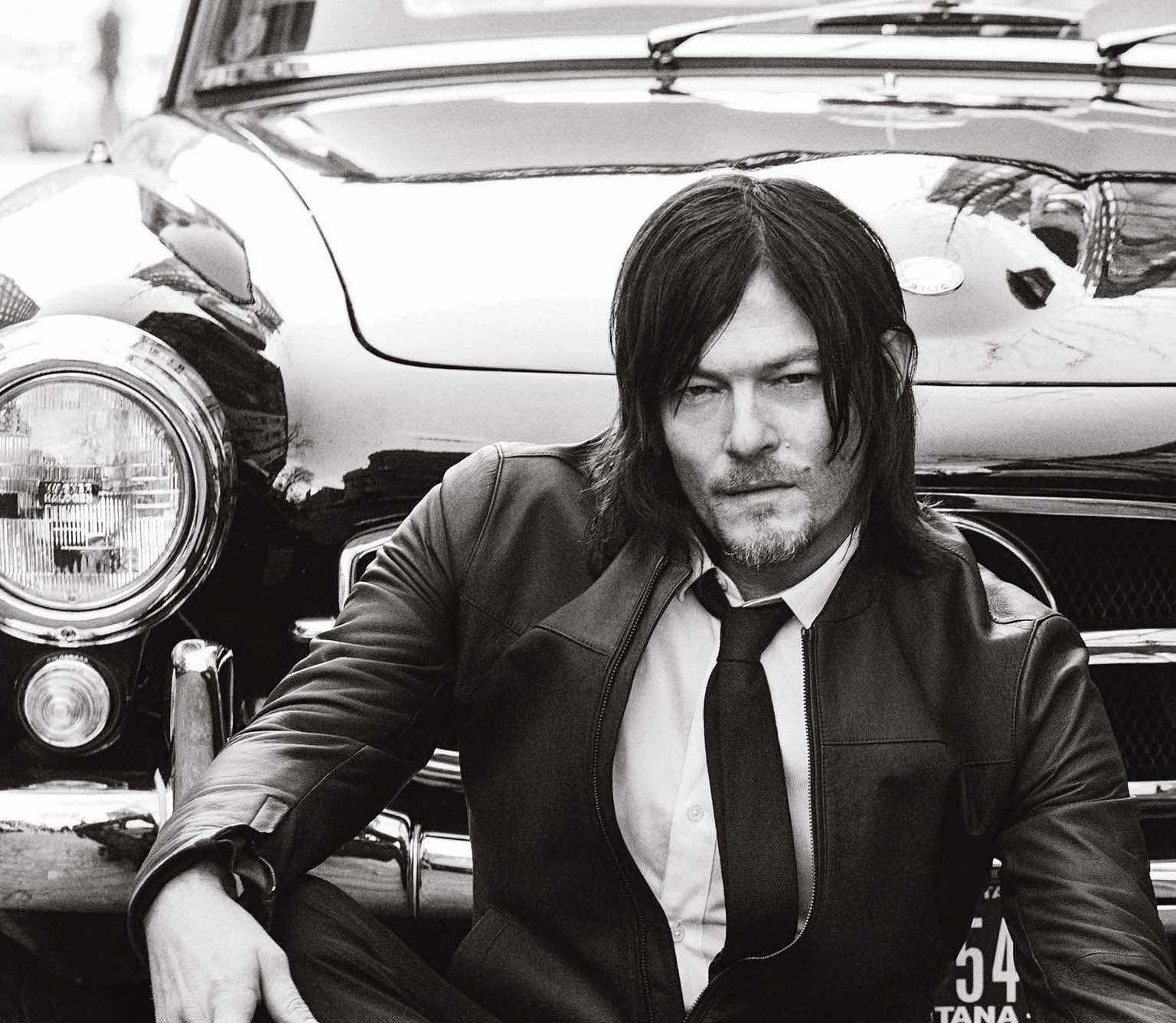 Spend just a little time with The Walking Dead's Norman Reedus and it's obvious the modest motorcycle-riding megastar is rip-roaringly alive. That's exactly how he'd like to keep his zombie-hunting alter ego, Daryl Dixon, but will he?

IT'S A WARM FALL EVENING IN NEW YORK CITY'S WEST VILLAGE, AND ACT OR NORMAN REEDUS steps out of a vintage Mercedes convertible and onto a quiet street where an angled sun casts a pale glow across the neighborhood’s famous cobblestones. Though only a handful of pedestrians stroll and mingle about, Reedus hasn’t even shut the door behind him when a crush of bodies almost magically appears. Men, women, tourists, residents, college students, and even a few AARP-eligible old-timers all stand frozen, staring at the svelte tough guy in the black leather jacket, that unmistakable jagged hair dangling down to his collar.

“My government professor always talks about The Walking Dead,” says a bystander, before an overexcited fan cuts him off.

“Are you…I mean, you’re…I’m John. It’s my birthday. Can I take a picture with you?” he says. An onlooker from across the street takes a less subtle approach.

“DARRRYL!” he shouts at the top of his lungs.

“All day, every day,” says Reedus, turning to me and flashing a smile that appears part genuine gratitude and part WTF? with a whiff of resignation.

The latter is understandable. Just days before, Reedus— the former ’90s heartthrob turned B-movie actor who, as crossbow-wielding bad-guy-gone-good Daryl Dixon on AMC’s The Walking Dead, would emerge as the most popular character on the most popular show on television—was pulling all-nighters on the show’s sweltering Atlanta set. And when he wasn’t dispatching zombies this past year, he was working elsewhere: starring opposite Diane Kruger in the drama Sky, saving humanity in the sci-fi thriller Air, and logging a hilarious cameo in the reboot of the comedy National Lampoon’s Vacation. He even managed to launch his own motorcycle road-trip show on AMC called Ride with Norman Reedus. “Sometime in between all of this,” he tells me later, “I’ll take a nap.”

But that won’t be tonight. Right now, Reedus’ vacation has just begun, and before he heads to New Jersey for a zombie convention (where, I learn later, one overzealous fan actually bit him), then to Hawaii to surf with his son, Mingus (with his ex, model Helena Christensen), he wants to relax and let off some steam. And that involves downing as much bread, booze, and red meat as he can.

So once the commotion dies down, we hit a nearby restaurant, where I find out how someone a famous director once called “not good-looking at all” became the buff, crossbow-wielding sex symbol men want to emulate, filmmakers want to hire, and women want to ink all over their bodies.

Please give us something good about what’s coming up on The Walking Dead.

I can’t tell you, but the second half of the season is so hardcore. It’s sort of like the first half was the pulling back of an arrow with a bow, and the arrow has gained momentum. The second half is the really emotionally draining release. We’ve had so many scenes where our crew was crying because they were feeling so emotional and heavy.

After six seasons, are you used to those draining scenes yet?

Some days you wake up and you know what you’re about to do at work, and you’re like, “Fuck, I don’t even want to do this today.” So maybe you make your favorite breakfast and you pat yourself on the head because you know you’re gearing up to have a fucked-up day. Sometimes I pet my cat a little longer in the morning.

Speaking of, what does Norman Reedus eat for breakfast?

I love huevos rancheros, but my favorite thing is probably eggs Benedict. I tried to make it once, and it was a disaster. The hollandaise sauce? You have to be a scientist to make it. Fuck that shit. 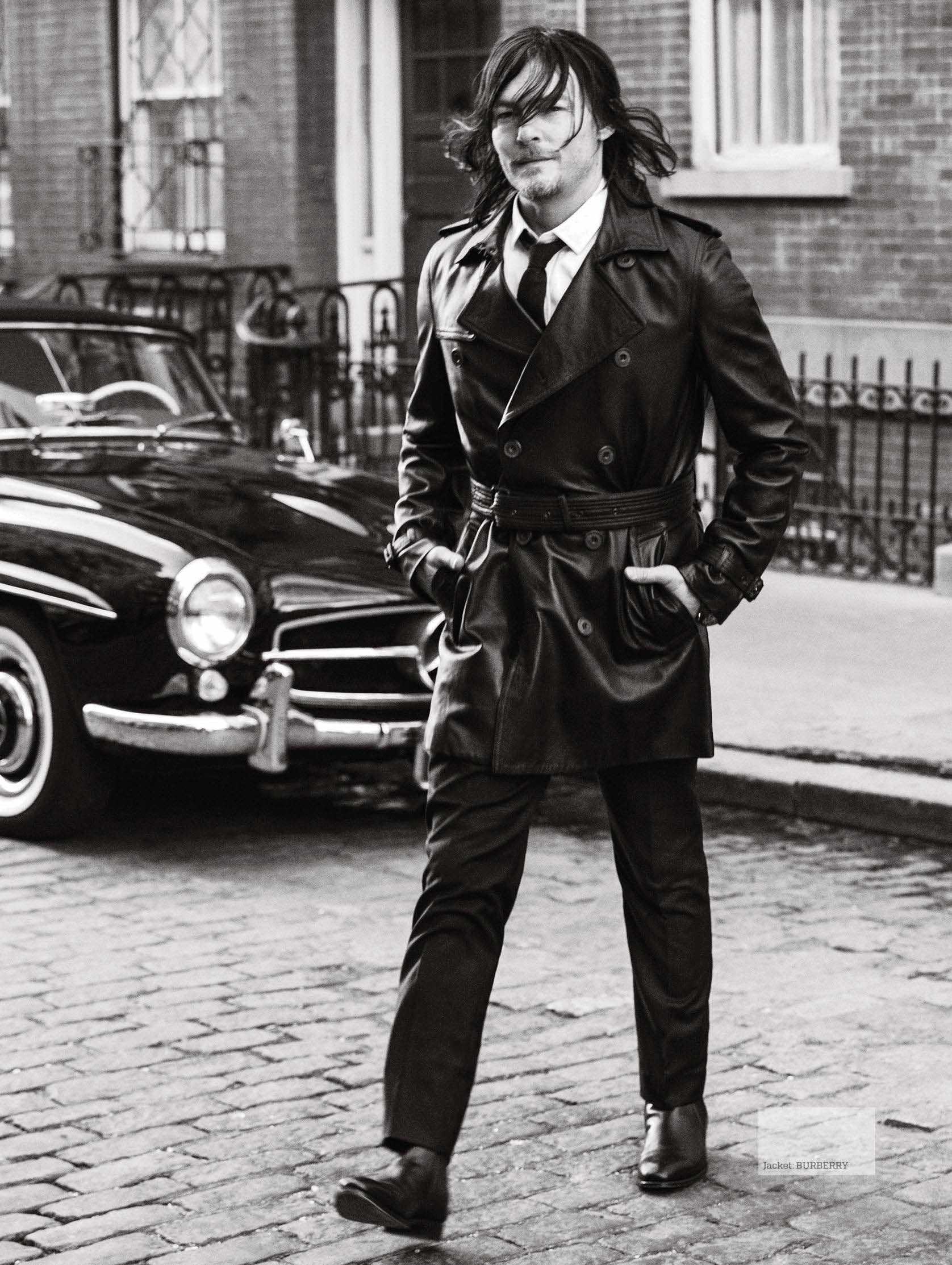