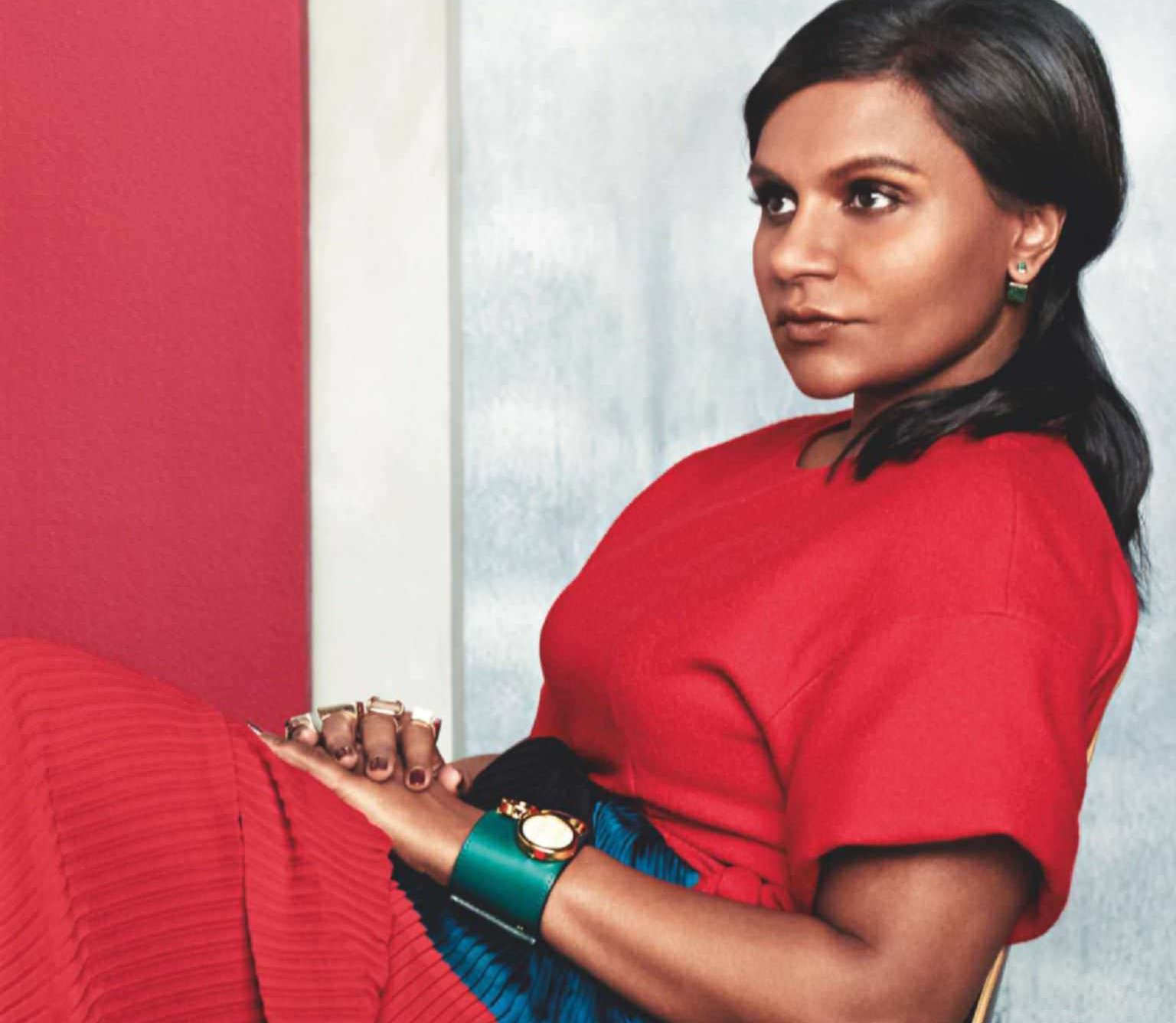 Mindy Kaling meets me in her bright, airy, corner office on the Universal Studios lot dressed in a red, scoop-neck Rodarte for Opening Ceremony sweatshirt, black leggings and black Converse Chuck Taylors. Holding an iced coffee handed to her by an assistant, the actor/writer ushers me past a clothing rack teeming with technicolor frocks (think Mara Hoffman, Missoni and custom pieces from costume designer Salvador Perez), and makes an announcement before we begin. ‘I have to do a disclaimer,’ she says, taking a sip of coffee. ‘Usually when I’m talking to a fashion magazine, I would have put together a cute look.’ She tugs on her top. ‘This is so Gen Pop.’ To be fair, the ‘Radarte’ jumper is plenty fetching. And Kaling, 36, the creator of The Mindy Project, a show in which she stars as the endearingly self-absorbed OB/GYN, Mindy Lahiri, has just finished writing the first episode of the fourth season of her show, which is migrating from Fox to the streaming network Hulu.

She’s also completed her second book, Why Not Me?, the follow-up to her 2011 New York Times bestselling debut, Is Everyone Hanging Out Without Me? (And Other Concerns), to be released this month. Basically, Kaling’s sufficiently sleep-deprived; forget carving out time to select kicky ensembles for 9am interviews. ‘I set my alarm clock for two and a half hours,’ she says. ‘Tat’s the amount of time I can have without feeling like I’ve been ripped from the womb of sleep and be ready to work.’ Having cut her teeth writing and starring in the American adaptation of The Office, Kaling’s now a Very. Big. Deal – with the executive parking spot and red-carpet wardrobe to prove it. Her new book’s breezy and humorous tone (beauty tips include employing haemorrhoid cream as make-up primer, or what it actually feels like to shoot a sex scene) makes you instantly want to be best friends with her. But here’s another disclaimer: Mindy Kaling is a thoughtful, surprisingly solemn, kick-ass Hollywood dynamo who has zero time or inclination to ascribe to your vision of a model minority.

You are that rare Hollywood breed where no one can begrudge your spoils because you’ve always worked like a maniac. Is it hard to maintain?