Immense Yourself In Armenia Land Of Snowy Mountains, Mystical Monasteries And Noah's ark 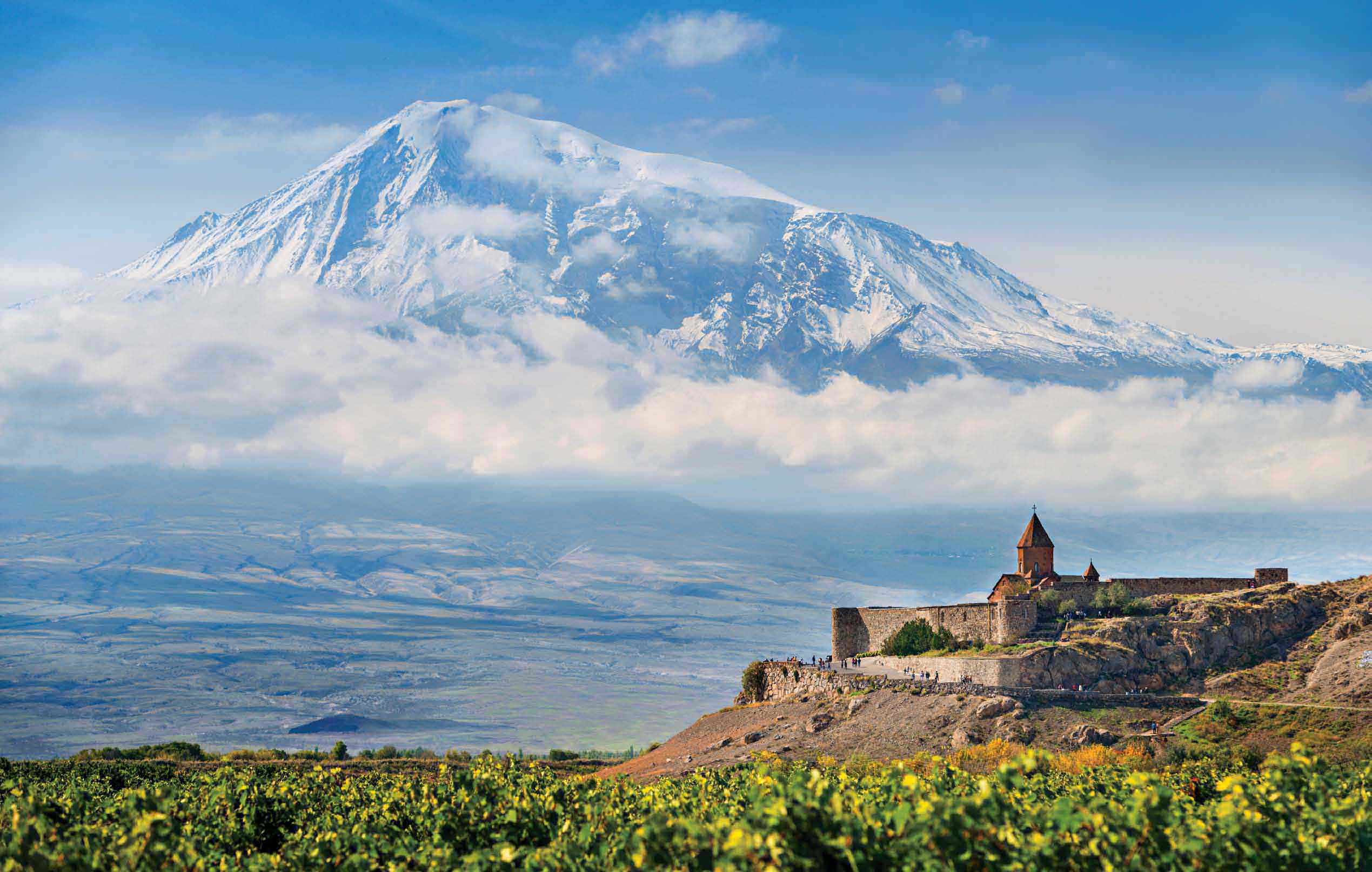 Journey among snowy mountains and ancient monasteries in the little-visited country of Armenia, to hear stories of Noah’s ark and those troubled souls who have searched for it in vain

After 150 days afloat on the water, Noah, his family and all the animals heard a loud crunch as the ark hit dry land. They had arrived on a little island – which, as the waters receded, turned out not to be an island at all, but the tip of an immense mountain. The mountain was called Ararat, and it towered high over a rocky landscape.

After some months, the world was dry again, and Noah’s family and animals descended (many seizing the opportunity to trot off to warmer and/or more exotic parts). But legend tells that Noah’s great-grandson, Hayk, stayed put in this stony land, and founded Armenia. It would become the first Christian nation on Earth.

After 4,500 years, the biblical deluge has turned to a light drizzle as my plane lands in Yerevan, the Armenian capital, but the importance of Ararat has not been forgotten.

At the border control, a guard pauses from playing Solitaire on his phone to ink my passport with an Ararat-shaped stamp. Travelling into Yerevan among Soviet-era tower blocks, the taxi passes the stadium of FC Ararat (the Man United of Armenia), and the Ararat Cognac factory. Among the wide boulevards of the city centre are the Ararat Restaurant and the Ararat Hotel – where, according to TripAdvisor, some rooms smell of cigarettes (possibly Ararat brand cigarettes). In the cafés around the Opera House, you can use Ararat-adorned banknotes from the ATM outside AraratBank to buy Ararat Beer and Ararat Wine, excessive consumption of which may mean you’re admitted to Ararat Medical Centre. And close by is the clock tower of Government House, which bears the national crest: Ararat etched in stone.

A range of modest-sized peaks surrounds Yerevan, and on cloudy days you might spend some hours working out which one is Ararat. But this is a mistake: seeing the real mountain entails tilting your head a little higher and squinting at the sky until a patch of brilliant whiteness appears – not clouds, but a glimpse of an immense snow-capped summit, wildly out of proportion to everything else in view. On days when it is visible, Ararat is hypnotic in its vastness: taller than any peak in the Alps and most other things this side of the Himalayas.

Ararat stalks visitors to Yerevan: lingering among the laundry lines, playing peek-a-boo behind shopping malls. For millions of Armenians, it is the first thing they see when they open their curtains in the morning, and the last before they go to bed. It is a key to understanding this ancient country. 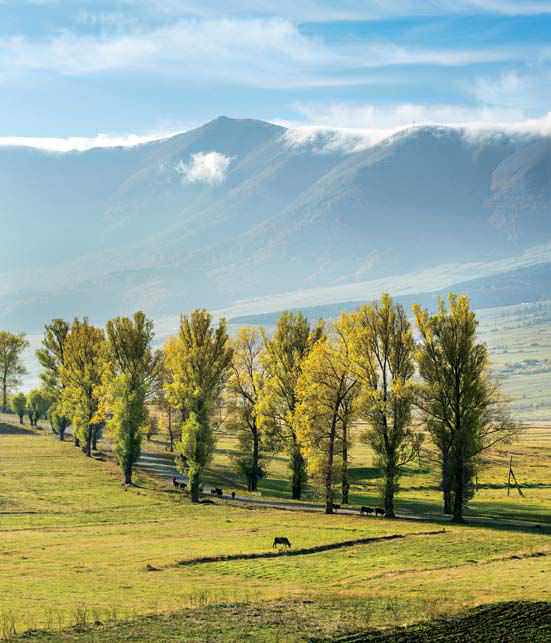 From Yerevan, I head eastwards beneath the lower slopes of Ararat and up into a wind-scoured plateau. The road winds among craggy escarpments and extinct volcanoes. On one mountain pass stands a 14th-century caravanserai where merchants would have rested on journeys between Samarkand and Istanbul. Military towers from Soviet times – windows smashed and satellite dishes broken – still rise like lighthouses over meadows of swaying grass.

Though an independent country since 1991, Armenia has always been a frontier territory: a small nation squished between the superpowers of Persia, Russia and Turkey. Armenia stands on the boundary of Christian and Muslim worlds, the border of the former USSR and the West, and the junction of three tectonic plates too. Nothing has stood firm through seismic tremors and tides of invaders like the monasteries of the Armenian Apostolic Church – counted among the most ancient Christian structures on Earth. 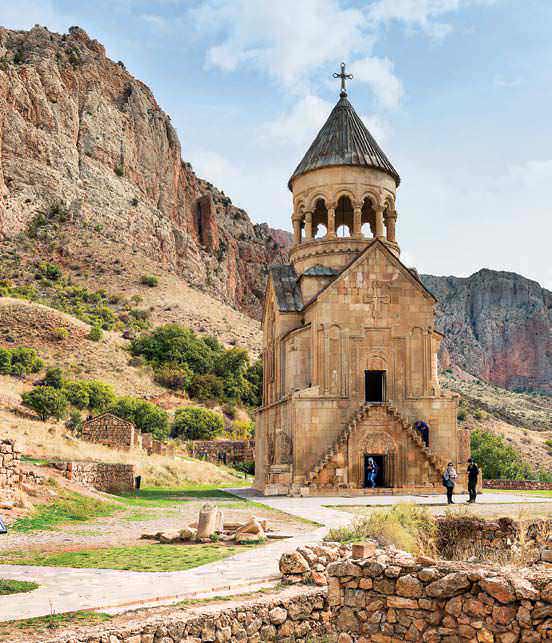 “Armenians build beautiful churches because we are beautiful people,” insists Father Sahak Martirosyan. He is the priest of one of the most exquisite monasteries, Noravank, set in a canyon an hour’s drive from Yerevan. “Our architects used stones as their words: they were expressing their innermost feelings with their designs.”

Father Sahak shows me round the monastery, peeking into churches blackened by years of burning incense, where vines reach through the windows. Pulling back the sleeve of his robe, he taps at his iPhone to show me his pictures of Noravank through the seasons: winter days of deep snowfall when no visitors came; summer evenings walking the forests nearby. He comes to a picture of Ararat taken from a viewpoint not far away, the mountain rising above a bank of cloud, giving the impression it had detached itself from Earth and was hovering weightless in the sky. 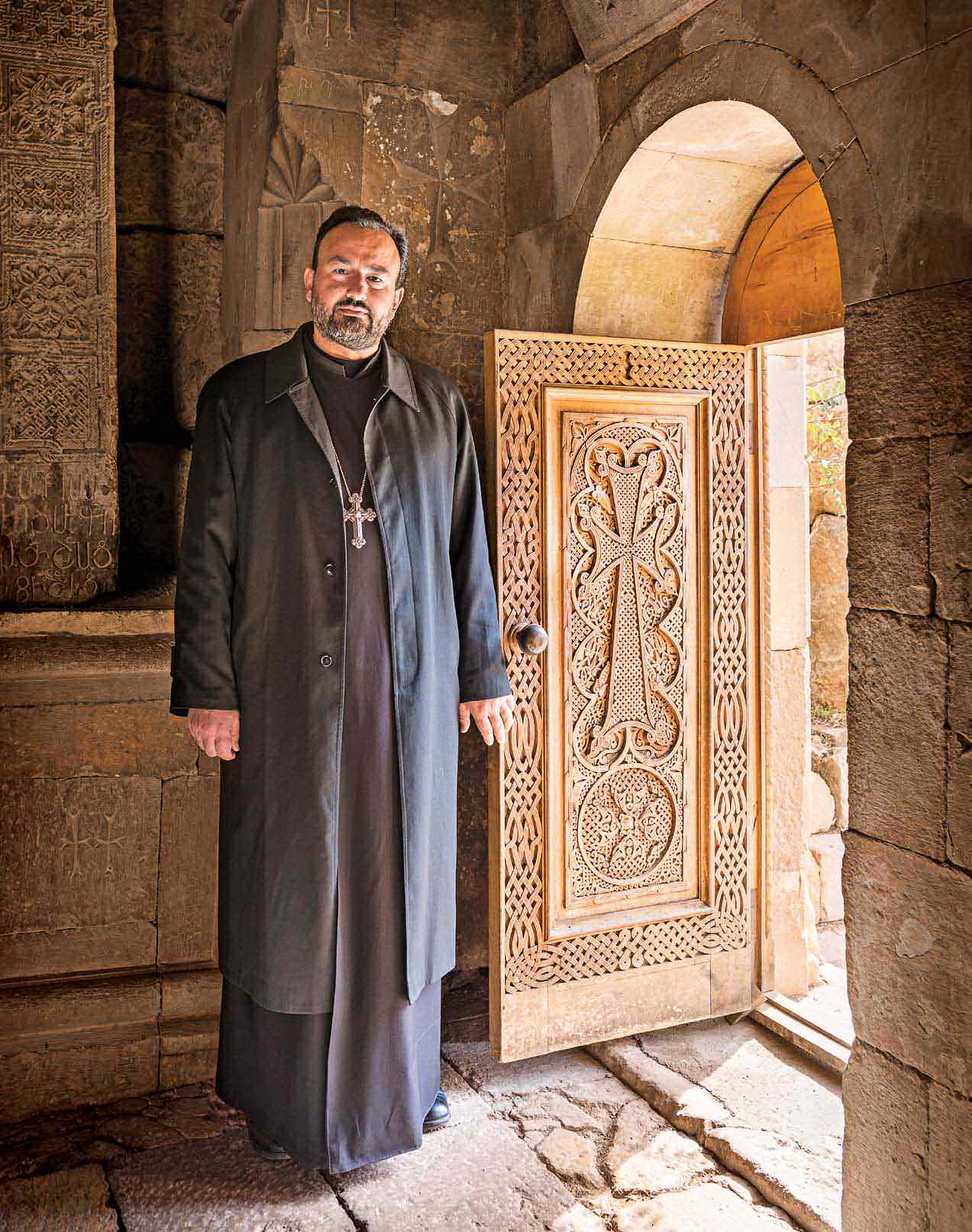