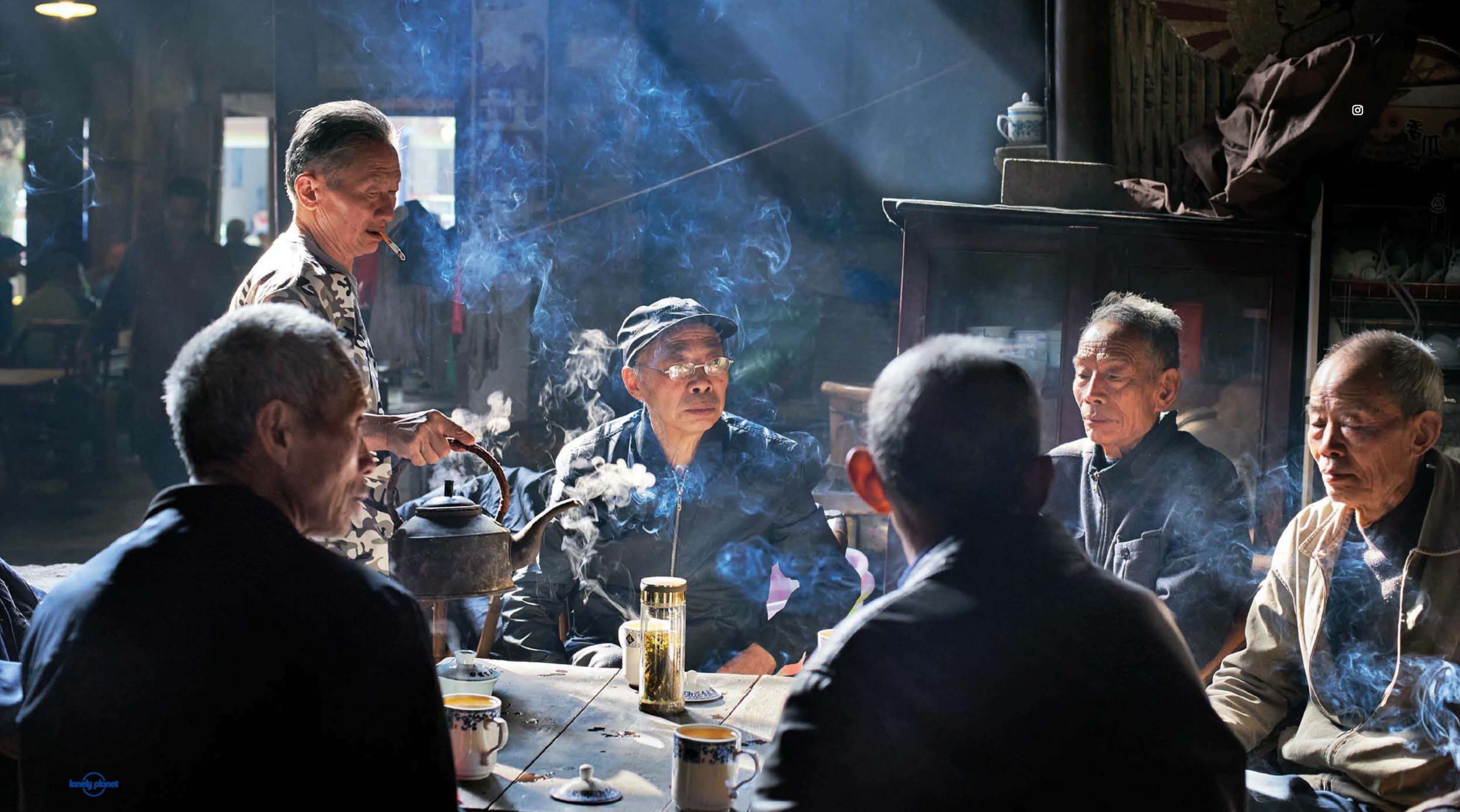 CHENGDU IS AN ENORMOUS CITY THAT IS KNOWN AS THE GATEWAY to western China. I was there back in April 2018, because I was on the way to Tibet, and Chengdu is en route. The city has a population of 14 million at least and it’s a real tourist hub. I wanted to get away from where everyone else was going, though. I did a bit of research and found there was a suburb about an hour away where I might be able to see some more unusual aspects of China. That’s how I ended up coming to Pengzhen Town.