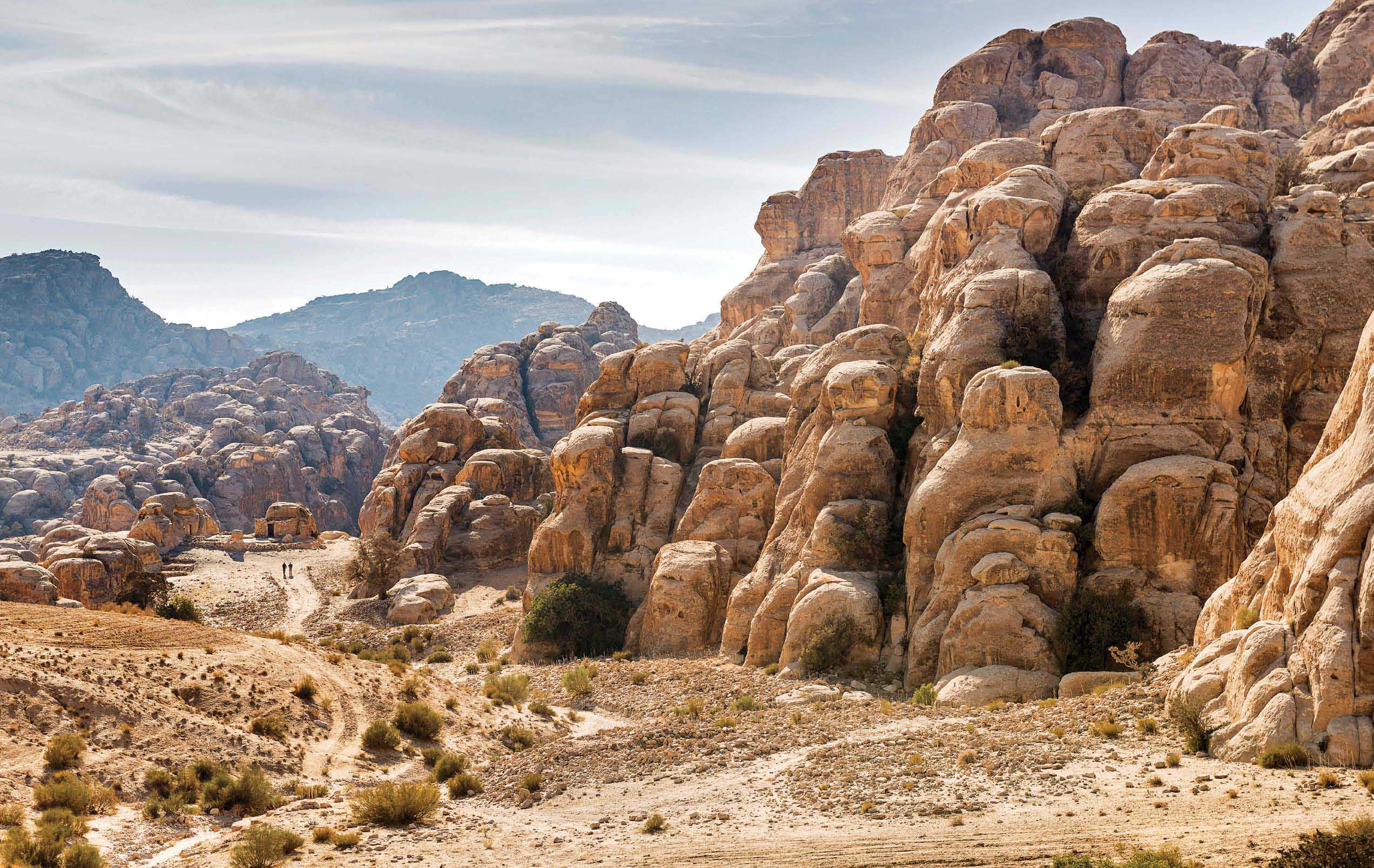 Follow in the wake of prophets and shepherds on the Jordan Trail – a new long-distance footpath that traverses lost cities, parched wadis and some of the wildest quarters of the Middle East

THERE IS NO PART OF PLANET EARTH WORSE suited to hiking than the Middle East. Setting out for a stroll one morning with a backpack and a sandwich, you are likely to run into checkpoints, barbed wire and people in uniform sternly telling you to turn around. Were Abraham to journey to Canaan in 2018, he’d have to cross two war zones and three areas where his standard travel insurance policy was invalid. Were Moses to lead the Flight from Egypt today, he’d have spent the entire Book of Exodus twiddling his thumbs in the queue as 600,000 Israelites passed through multiple high-security borders.

All of which makes the creation of the Jordan Trail something miraculous. It is a new long-distance footpath, spanning the length of the most peaceful country in the Middle East. It stretches 643km, from the green orchards of the north to the meeting of red sands and the Red Sea in the south. It offers a rare taste of hiking in a land with an illustrious history of rambling: Old Testament prophets with crooked staffs, barefooted pilgrims on journeys to Mecca. And also Mohammed Al Homran, my softly-spoken guide, who recently made history as part of the first team to walk the length of the Jordan Trail. He never leaves home without a teapot and a flute in his backpack. 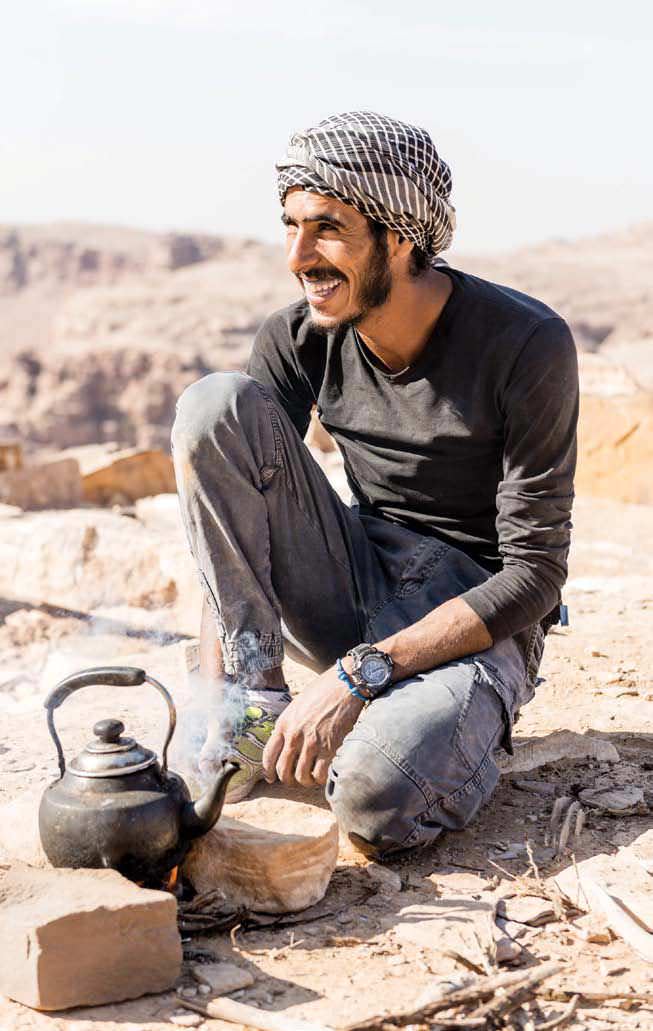 “Walking is my life,” he says, skipping over the boulders of Wadi Dana in the morning sunshine. “Some people even tell me my feet move in my sleep.”

Sporting a pair of neon-yellow trainers and a black keffiyeh, Mohammed will guide me on a 80-km stretch of the Jordan Trail, from the mountaintop village of Dana south to the ancient city of Petra. He grew up in Madaba, a town close to Mount Nebo, from whose summit Moses sighted the Promised Land in the Book of Deuteronomy, then dropped dead aged 120. Until recently, Mohammed worked as a shepherd – leading his flock among the hills by the Dead Sea, singing to them at night so they knew they were safe. In 2016, he heard about the new Jordan Trail and applied for a job. He now considers hikers to be easier customers than goats – most of the time. 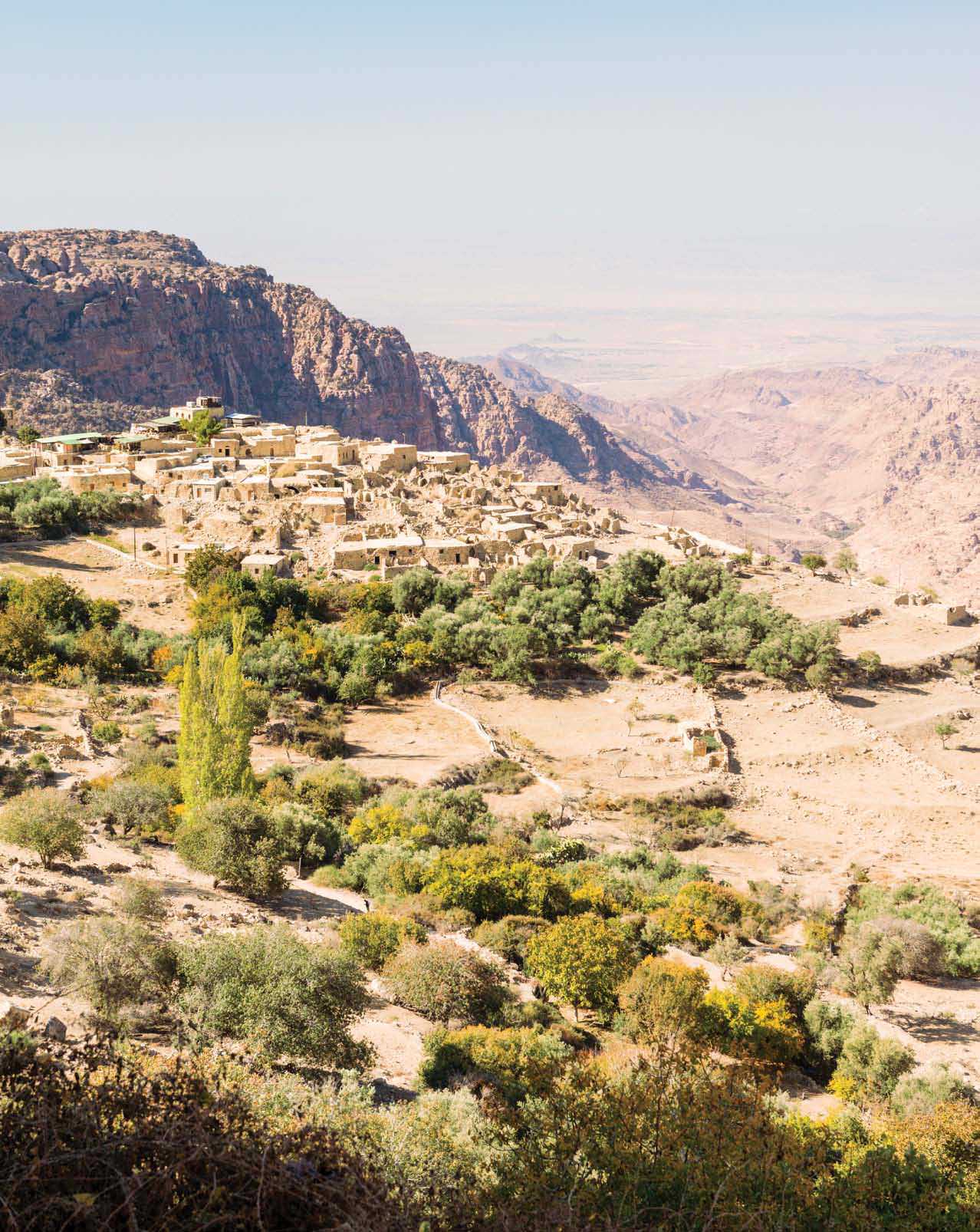 Few sections of the trail are lovelier than Wadi Dana. We pass through green canyons where mistletoe sprouts in the hollows, and pistachio and fig trees grow around hidden springs. At the top of the valley are villages that get buried under a metre of snow in cold winters. At the bottom is the furnace-hot desert of Wadi Araba – the northern end of the Great Rift Valley, where flies buzz about thorny acacia trees. Even those familiar with the region would be surprised by the wildness of Wadi Dana. It is a landscape left on factory setting since biblical times. 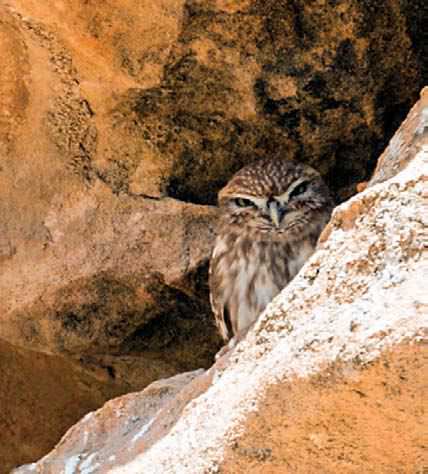 A local legend goes that Jesus Christ used to rest beneath the oak trees of Wadi Dana on his walks.

On this occasion, however, it’s Salem Ali Al-Naanah – a park ranger – sitting in the shade and smoking a cigarette.

“This is the last wilderness in the Middle East!” Salem explains, focusing a pair of binoculars on a little desert owl in a crag. “Whenever I walk here, it makes me want to live freely like the birds. Just sleeping under the rock, carrying nothing but maybe a pack of sardines.” 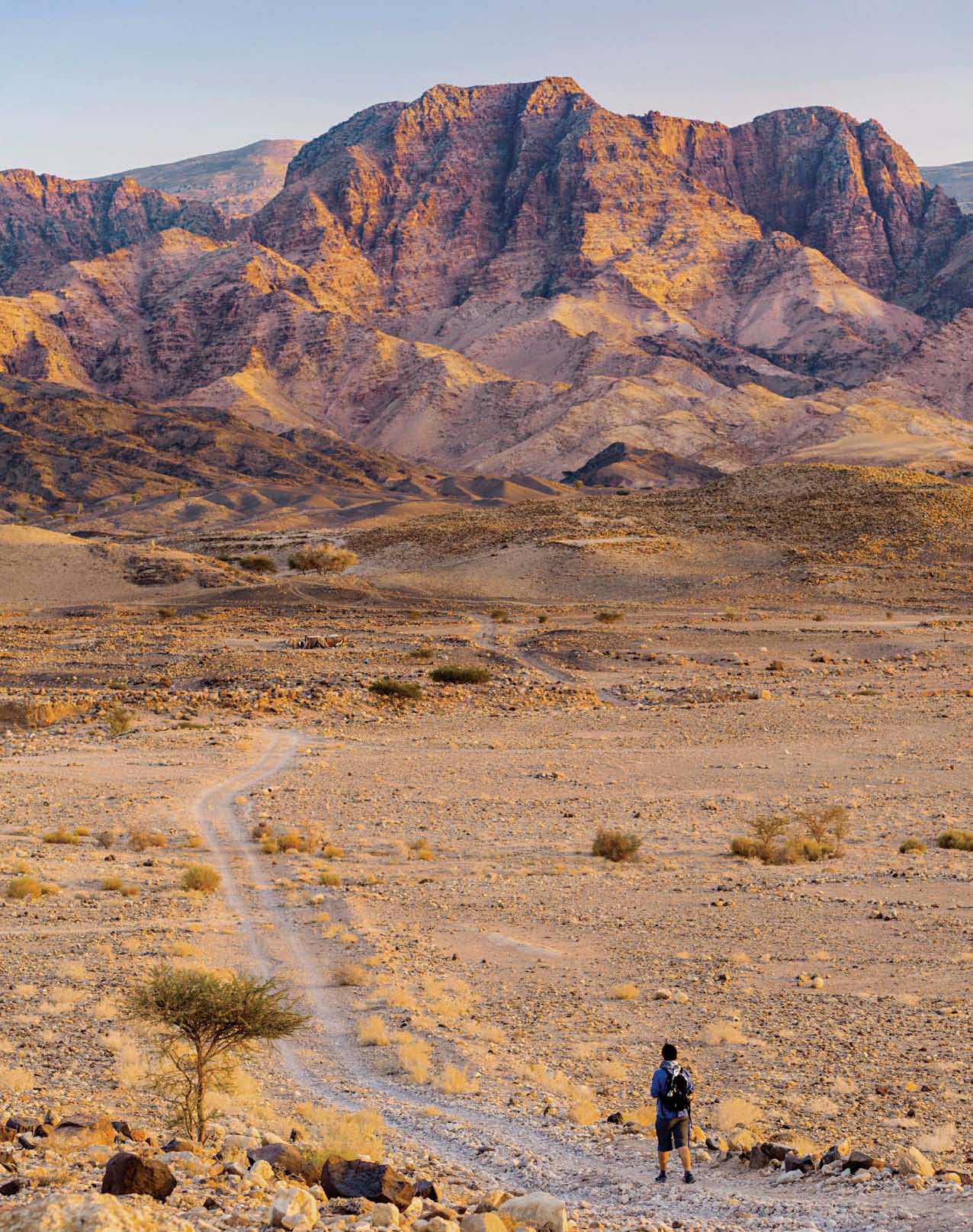