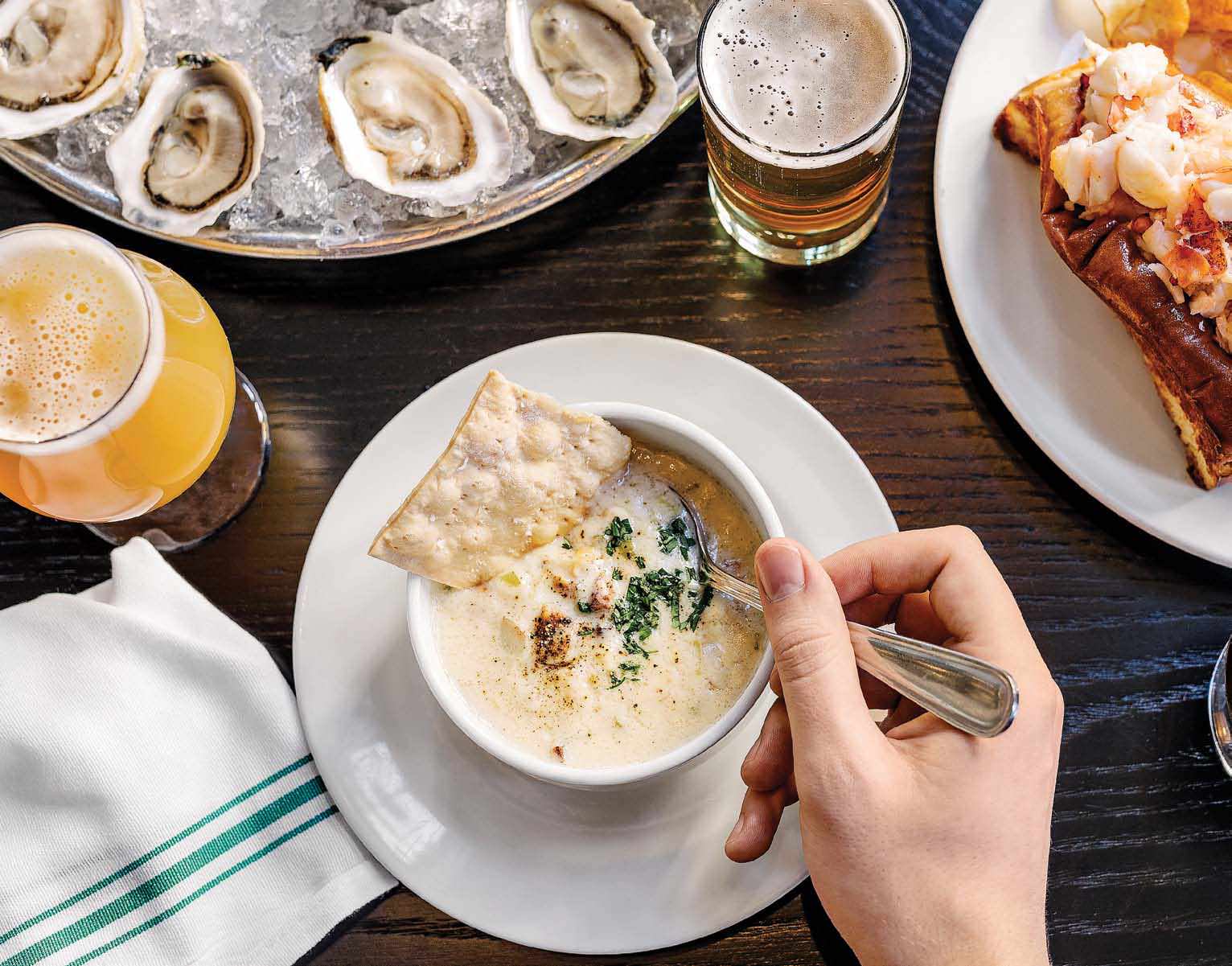 From colonial fishing ships to presidential inaugurations, we trace the origins of Boston’s signature dish and go on a quest for a bowl of the city’s best

WHEN IT COMES TO IDENTIFYING what goes into the ideal bowl of clam chowder, personal preferences vary, but one good historical reference point comes from Herman Melville’s 1851 classic novel, Moby-Dick, whose protagonist Ishmael visits a fictional chowder establishment on the island of Nantucket, off the coast of Massachusetts. “Oh, sweet friends! Hearken to me.

It was made of small juicy clams, scarcely bigger than hazel nuts, mixed with pounded ship biscuit, and salted pork cut up into little flakes; the whole enriched with butter, and plentifully seasoned with pepper and salt.” 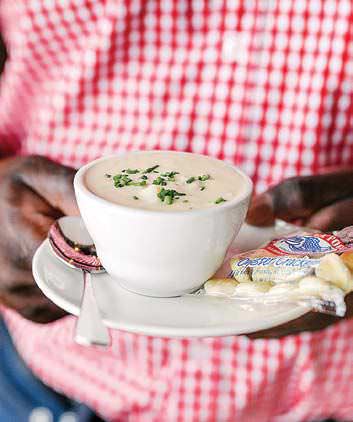 Toss some potatoes and onions into Melville’s ancient recipe and substitute cream for butter and you’ve got the makings of a fine New England clam chowder.

The signature dish of the region, clam chowder has been served at presidential inaugurations since 1981, barring the last one, and is ladled out by the tonne every year to tourists and locals alike.

To learn more, I’m in Boston, a city steeped in colonial history that hopefully holds answers to my questions about chowder’s centuries-old origins. As I cross a bridge over Boston Harbor,

I pass the Tea Party Ships and Museum, a tribute to the colonists who dumped British tea into the harbour and helped ignite the American War of Independence. Looming behind it on the horizon are tall glass buildings, a mixture of luxury apartments and offices that have sprung up in the past decade. 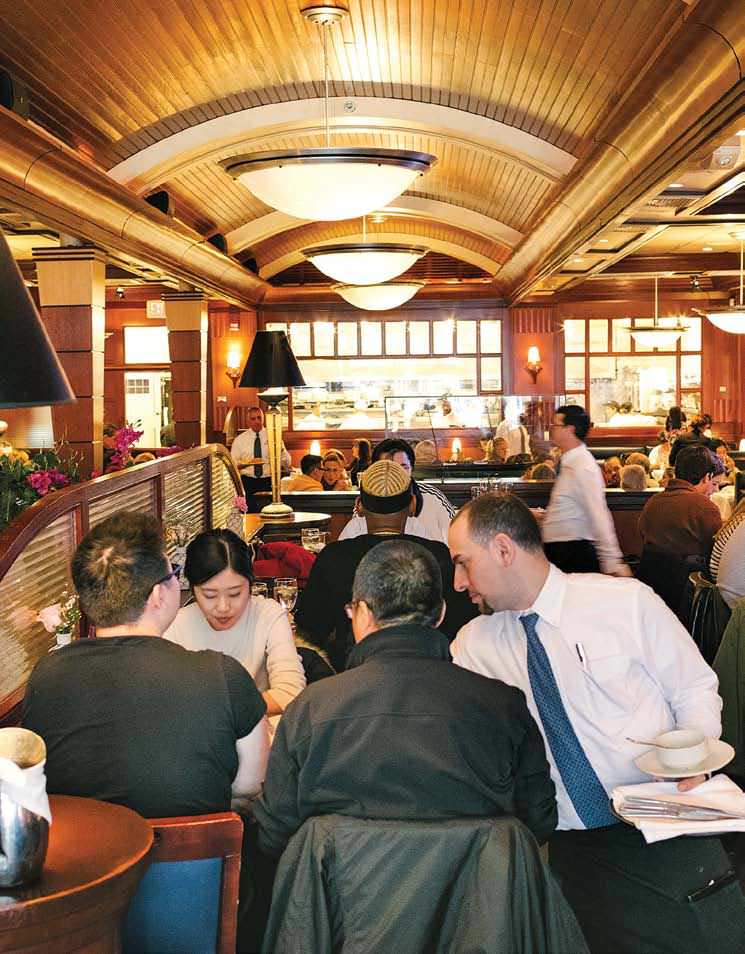 I settle into a seat at Legal Sea Foods with a perfect view of the Boston Fish Pier. Recently given a spot on the National Register of Historic Places, the pier opened in 1914 and became the nation’s leading port by 1920. Today, it still processes thousands of pounds of seafood, including some of the clams that go into the city’s chowder. Beyond a 360° metallic bar, the cooks are hard at work in the open kitchen. The smell of fried fish wafts over a busy lunchtime crowd.