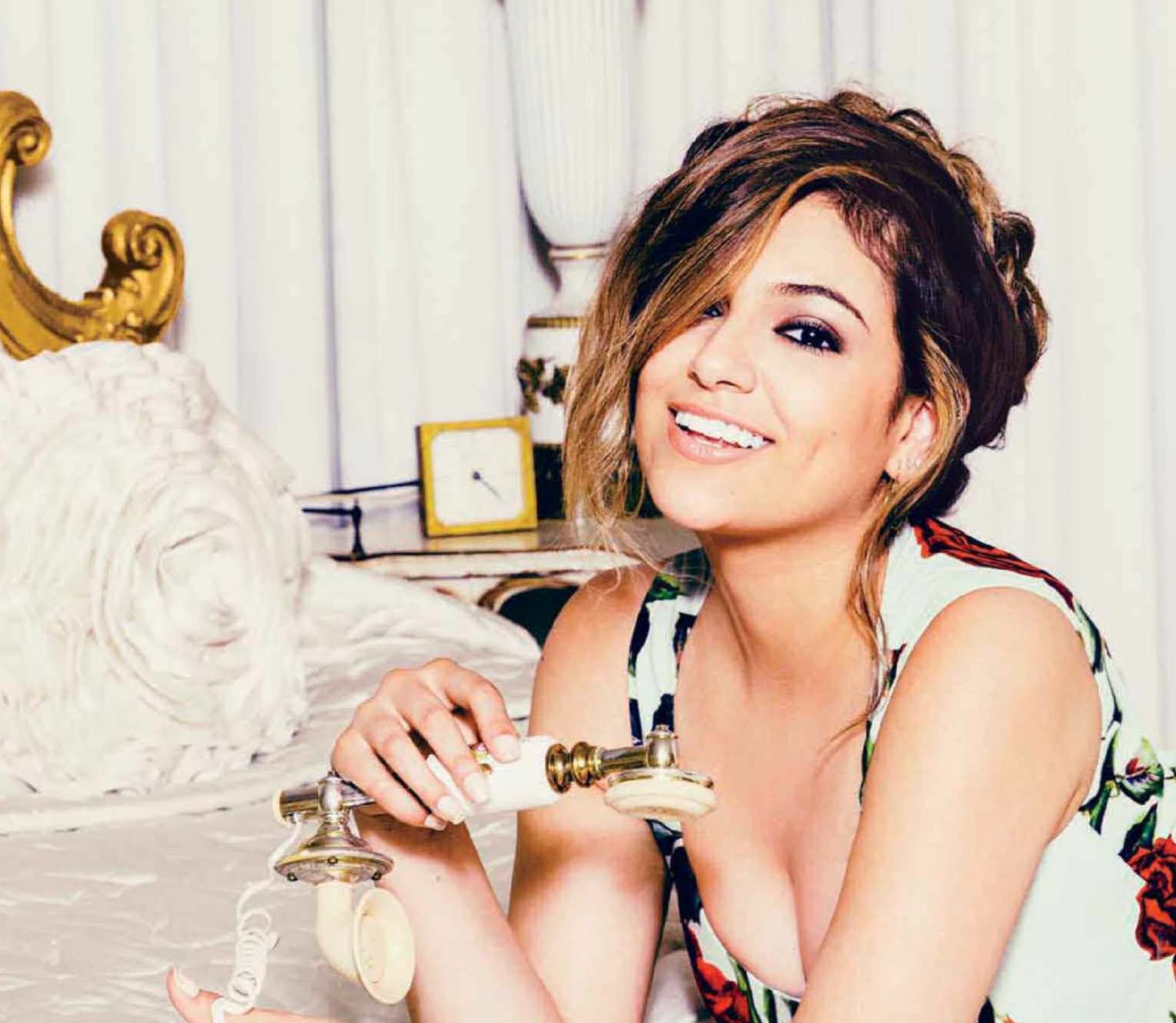 Bethany Mota is bigger than Beyonce. Yes, Yonce is on of the most popular celebrities of our time but when it comes to YouTube, Mota has her beat by over 7 million subscribers.

Her loyal fans, who call themselves “Motavators,” tune in weekly to catch her makeup tutorials, room decor ideas, and teenage musings on music, boys, and shopping. She broadcasts to her millions of fans from her bedroom, a cozy space she invites viewers into, winning them over with her cheery personality and genuine warmth. She’s among the Internet’s first DIY celebrities, and today she’s probably the richest. Last year, she launched a collaboration with tween brand Aeropostale to design a capsule collection—a first for a fashion vlogger—and by December she’d become Google’s most-searched designer of the year.

Today, at 19, Mota represents the millennial American dream. But in 2009, just before her 13th birthday, she had hit rock boom. Always a shy kid, she sunk into depression aer discovering that her supposed best friends had created a fake MySpace profile in Mota’s name—kind of a virtual slam book—featuring pictures of Mota lamenting about her weight and looks. Though in hindsight it may seem like typical teenage mean-girl antics, at the time the betrayal cut deep. Subsequently, Mota, who was already being homeschooled, spent nearly every waking hour holed up in her bedroom, hiding from the world. She became anxious at even the mention of getting out from under the covers.

“I felt hopeless,” she says as she sips an iced chai latte at a café in Los Angeles. Confident, stylish, and assured, the young woman sttiing before us seems a million miles away from the girl she describes as her younger self. “I had really bad anxiety. I would have panic attacks every time I was around a lot of people. I didn’t even want to hang out with my family members.” Not easy, considering she comes from a large family—her mother is of Mexican and Irish descent, and her father, Portuguese—for whom a weekend get-together could mean 40-plus people crammed into her parents’ central California house. During these fiestas, Mota would cling to her mom, Tammy, her dad, Tony, or elder sister, Brittany, avoiding eye contact with boisterous cousins, aunts, uncles, and family friends. “Everyone knew her as the girl who never talked,” says Brittany. “She was very shut off from the world.”