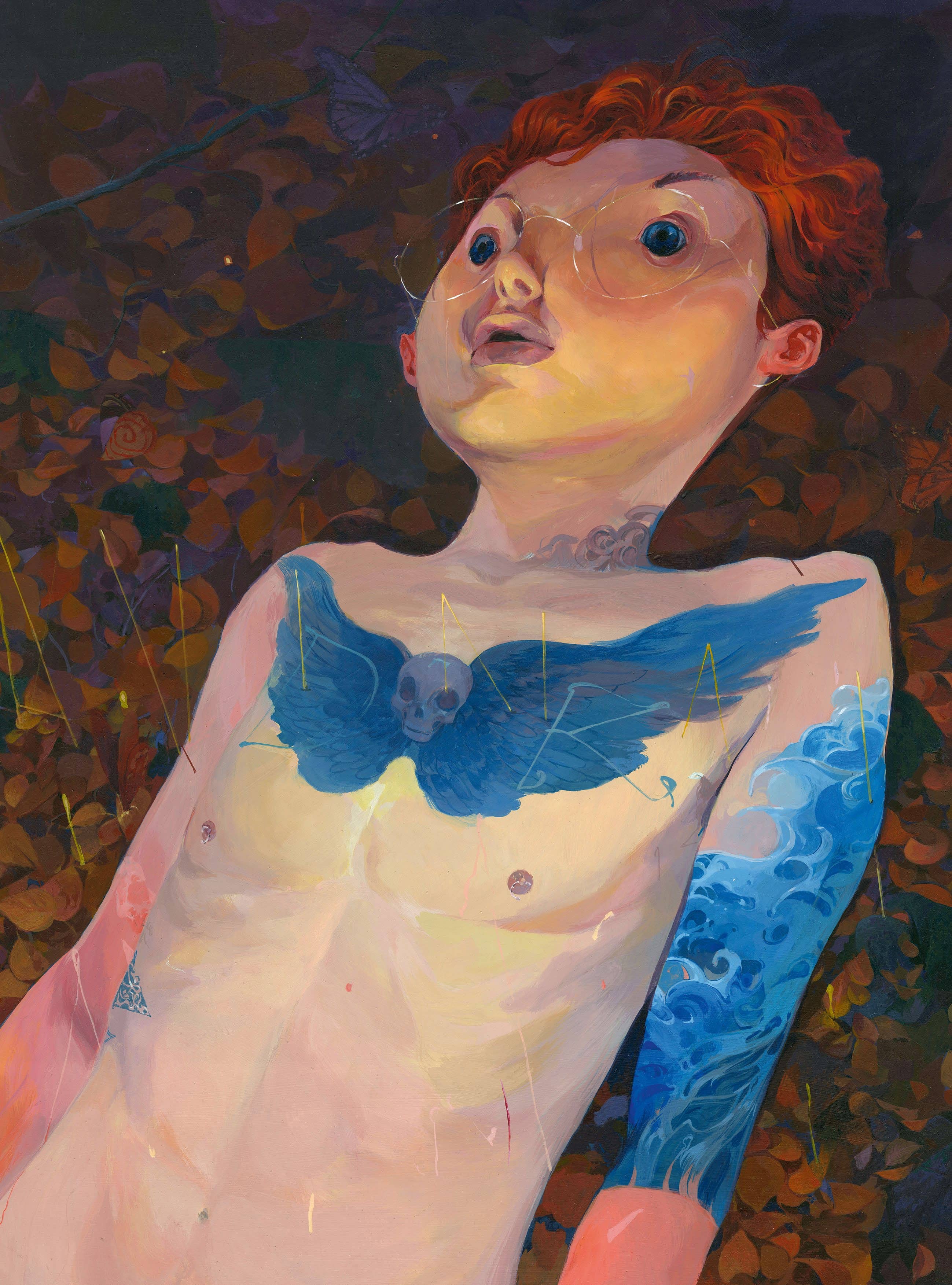 Gang signs and agriculture: the Cambodian-American artist tells Gary Evans how his art was shaped by growing up between two very different cultures…

Andrew Hem’s first story is about growing up in the Los Angeles area in the late 80s and early 90s. Andrew copied the graffiti he saw on walls around his neighboured in Culver City. He thought one font in particular – big, blocky letters – looked really cool. so cool, in fact, that he once handed in homework in a schoolbook covered with his own replica of the font. He was 11. His teacher called him to the front of class. “Andrew,” the teacher said, “when did you become a gangster?” Andrew didn’t know his favourite graffiti belonged to a notorious, murderous gang called the Culver City 13.

His second story is about how everybody in Cambodia paints the same way. take, for example, paintings at Angkor Wat, one of the largest religious monuments in the world. they all look like they were done by one person, even though that would have been impossible. His parents are Cambodian – his father’s an artist – but Andrew didn’t learn to paint landscapes the traditional Cambodian way. He learned by studying Edgar Alwin Payne’s paintings of the American West. During a recent visit to Cambodia, he was painting outdoors in a style that was completely unfamiliar to the locals. He overheard people talking behind his back: “What kind of tree is that?”

His third story is about the Khmer Rouge. the regime ruled Cambodia for just four years, but was responsible for one of the worst mass killings of the 20th century, murdering around 25 per cent of the country’s population. Andrew’s parents fled and eventually settled in California in 1982. But Andrew was born in 1981, neither in Cambodia nor in America, but in Thailand.

These stories suggest Andrew Hem is a great raconteur. He’s not quite that chatty. He responds to most questions with short answers. But when he does elaborate, when he does bring certain details into focus, his stories are a bit like his art. the Cambodian-American often paints lonely looking figures, or figures looking lonely even while part of a group.

However, his work isn’t necessarily dark or depressing. “A snapshot of a dream,” one critic called his work. there are lots of colours. there’s a hint of anime about the shape of his stylised figures. there are suggestions of deeper connections beneath surface isolation. there’s even the odd beaming smile. Andrew’s stories are a bit like his art because both make you do some of the work. 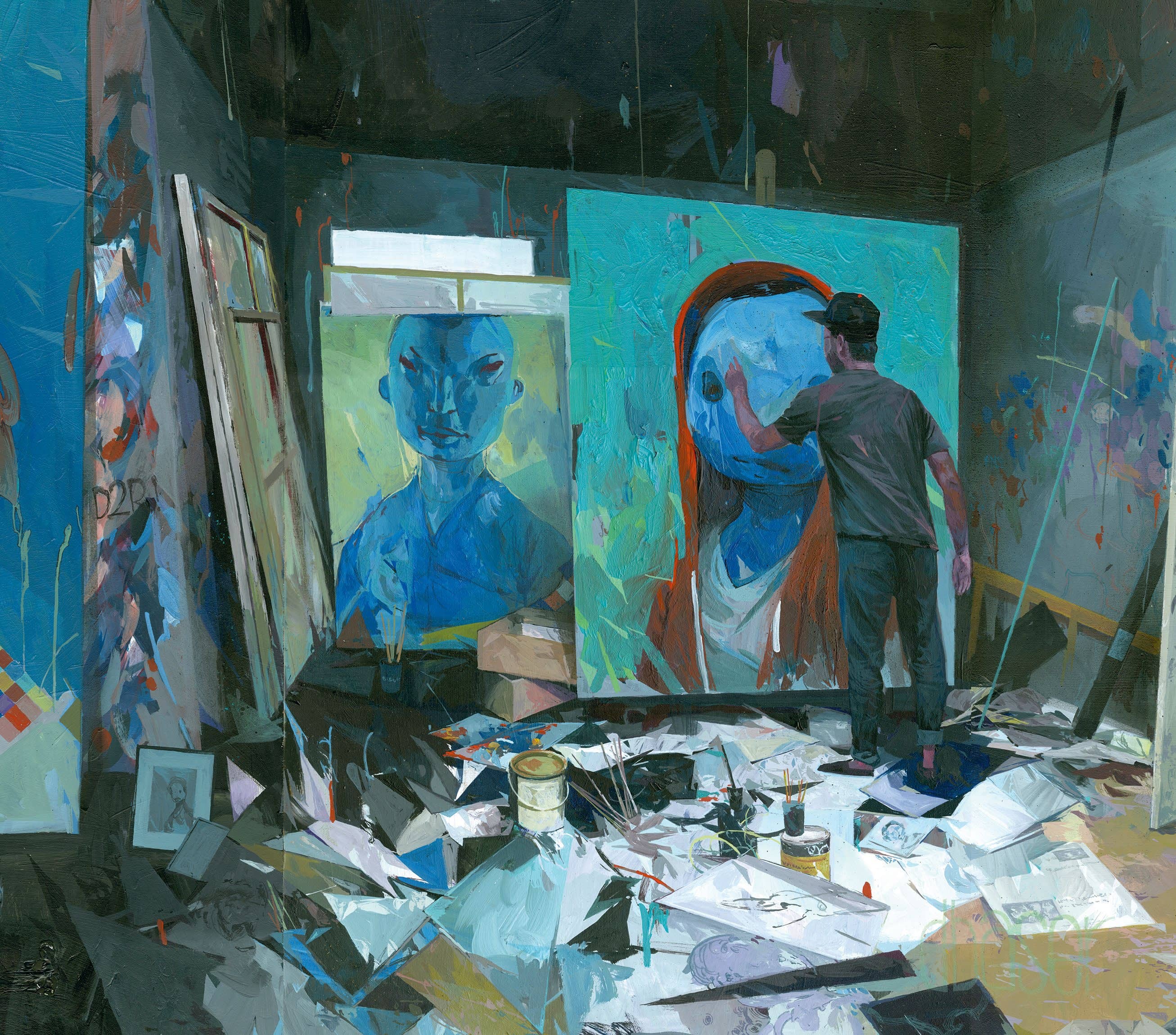 Andrew grew up seeing his dad’s paintings all around the house. His dad taught art in Thailand and would draw and paint constantly. He even drew on Andrew’s library books, which got his son into trouble. the message was clear: draw as much as you can, whenever and wherever you can. Many of these pieces depicted the landscapes of rural Cambodia. Andrew had not been there yet, but he was always attracted to these images because his dad painted them over and over again.