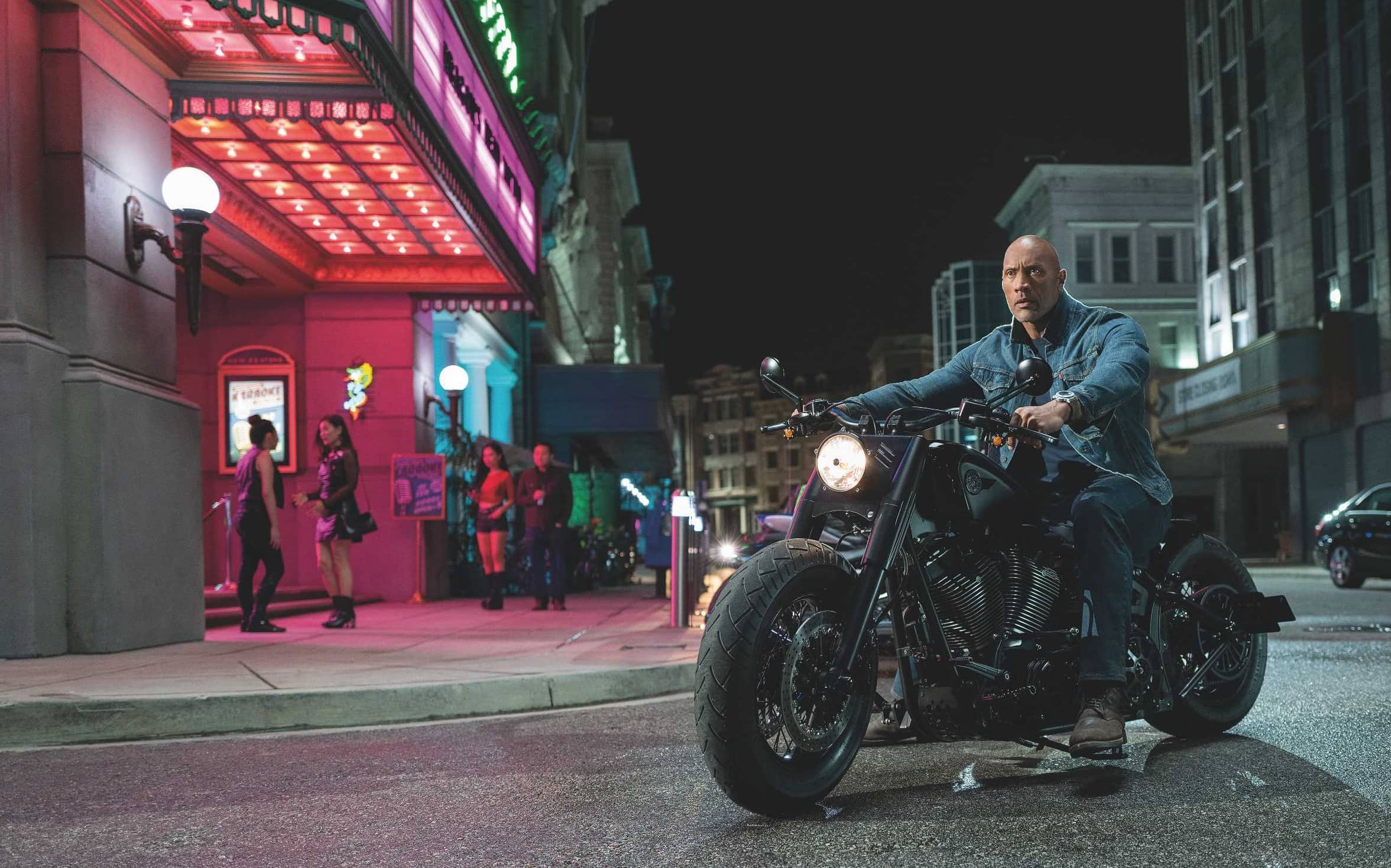 Dwayne Johnson and Jason Statham reprise their roles as Special Agent Hobbs and ex-soldier (and former series baddie) Deckard Shaw in this first spin-offmovie from the Fast & Furious franchise juggernaut. Directed by David Leitch, it hits plenty of the right notes, although you might be left thinking it could have achieved more.

The film's achilles' heel is (perhaps inevitably) its plot. To get the two lead characters together again, after their blossoming bromance in F&F 8, screenwriters Drew Pearce and Chris Morgan cook up a convoluted story that involves a supervirus, an MI6 agent who is revealed to also be Hobbs' sister (Vanessa Kirby), a cybernetically enhanced villain (played with glee by Idris Elba), and a shadowy organisation of tech-tastic mercenaries, dubbed Eteon. Before you can say Tango and Cash, Hobbs and Shaw are bickering and bludgeoning their way through London, Ukraine and Samoa to save the day.