Hisense says: 'We will Roku' 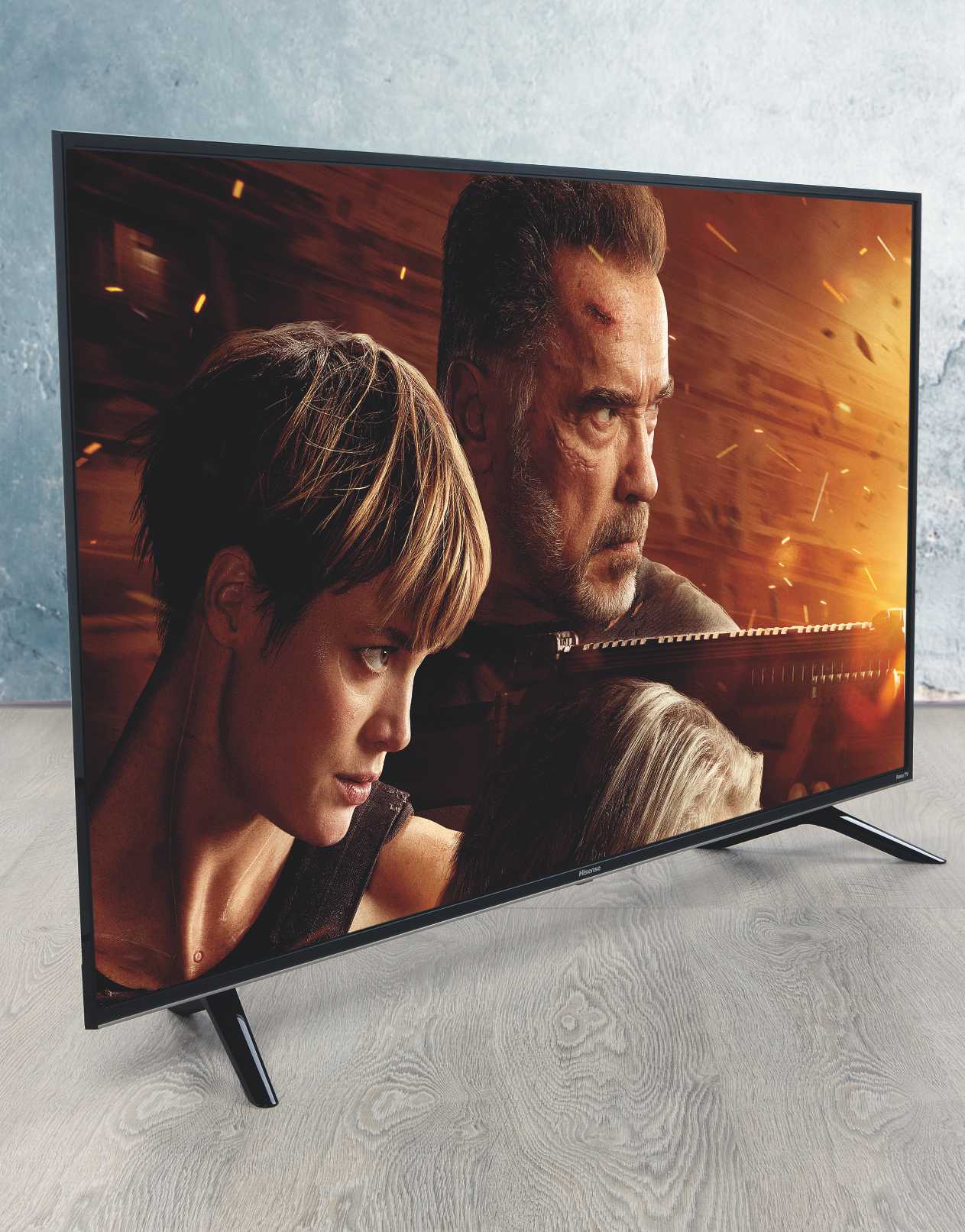 While our American friends have had ‘Roku TVs’ for half a decade now, the Hisense R50B7120 marks the first time the renowned smart platform has shipped built into a UK set. I can’t say for sure why it’s taken so long for a Roku-powered flatscreen to rock up here. What I can say, though, is that many households should be very happy to see it.

If you’re not familiar with Roku, it’s essentially an independent smart platform designed to aggregate a huge array of apps and TV services under one easy-to-use interface. The company has been around since 2008, and in that time it’s both signed carriage deals with just about every streaming platform under the sun, and perfected the art of making all that content-manageable via an ultra-robust, straight forward interface.

Originally Roku’s platform was only available on external streaming players and HDMI 'sticks’. But while those options are still very much out there, it’s easy to understand why incorporating Roku’s interface and options into a TV seems like a no-brainer. Provided, of course, that building Roku into a TV doesn’t hamstring it too much.

Not a follower of fashion

Before I get into that, a word on the Hisense B7120’s design. The frame around its 50in screen is fairly wide, and the rear sticks out quite a bit. The black feet look and feel rather functional, too, while both the chassis and its attendant remote control feel lightweight and plasticky.

The 50in R50B7120 – there are 43in, 55in and 65in alternatives – is not one of Hisense’s ‘ULED’ models. This means it doesn’t have local dimming for its backlight; a Quantum Dot-generated wide colour gamut; or Hisense’s UltraSmooth motion processing.

In other words, Hisense has decided that the best place to debut built-in Roku in the UK is on a relatively entry-level TV. In fact, quite astonishingly, at the time of writing it was selling for just £300. Which probably explains the bland styling.

The Roku smart platform isn’t the R50B7120's only potential attraction. The TV uses a direct LED lighting system rather than an edge-based engine, which usually helps contrast even when there’s no local dimming in play, and it's 4K (of course) with HDR playback – although unlike Hisense's latest ULED models, there’s no support for Dolby Vision or HDR10+. The TV enjoys an outstanding input lag of just 12ms with the Game preset selected, and with Game mode off still musters a solid 29ms.

Connections include three HDMI 2.0 ports, and a single USB port for playing multimedia files. There's HDMI ARC, but not eARC.

Planet of the apps