Hello Tosh, got an AV bargain? 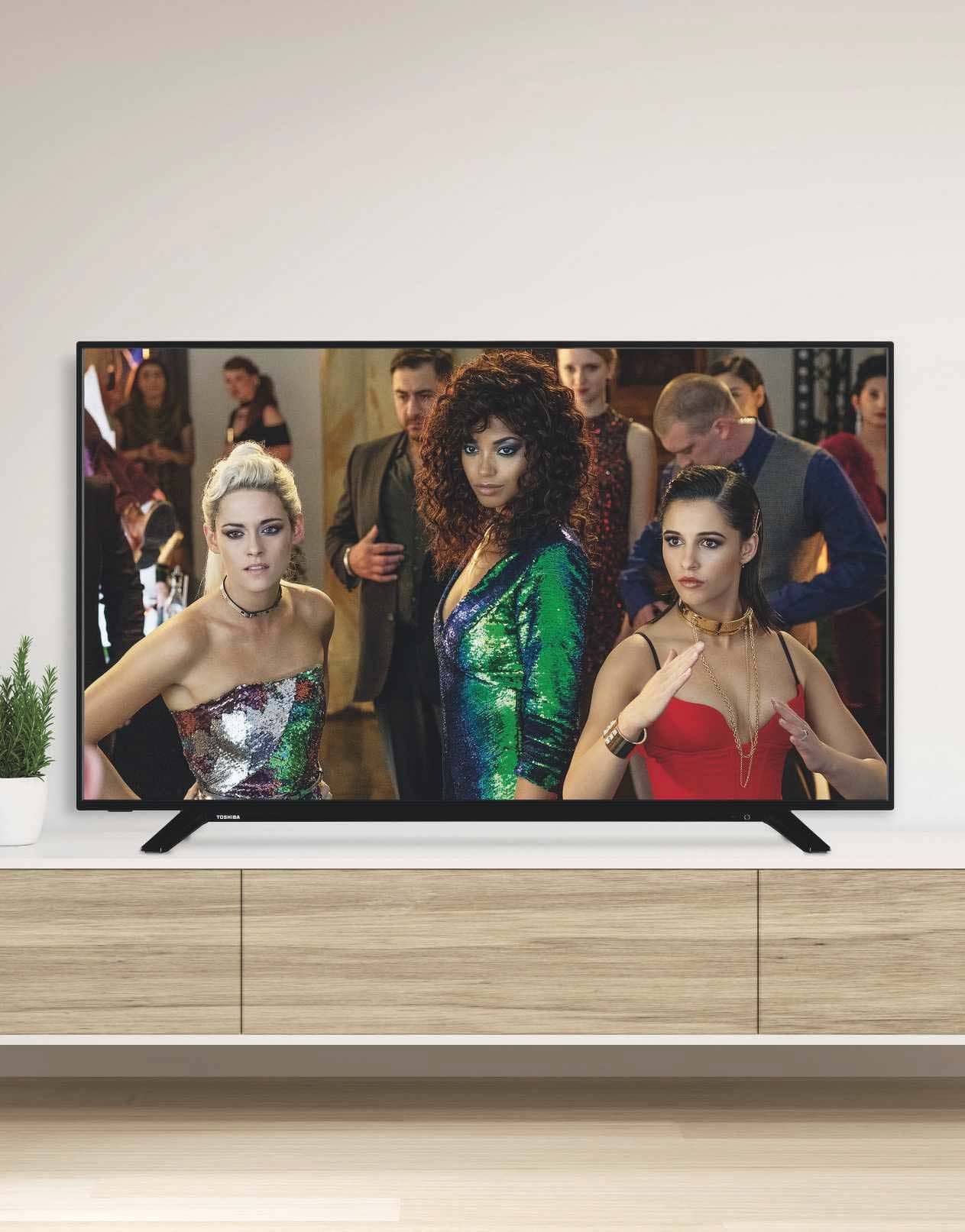 Toshiba has taken the budget end of the 4K TV market by the scruff of the neck and given it a good shake. Offering three inches more than the regulation 55in competition, at a price that will have even seasoned bargain hunters doing a double-take, this well-specified cheapie (added temptations include Dolby Vision and Freeview Play) wants to woo those looking for the biggest possible picture for their cash. Which, let’s face it, is most of us.

The brand may be out of the premium screen running, but clearly it sees bargain bins as a happy stomping ground. So if you’re after mega value is this model an irresistible buy?

Most obviously, the U29 isn’t going to win any beauty parades. At 74mm thick, the 58in model reviewed here (aka 58U2963DB) has more girth than Thor on furlough. The bezel is a little larger than we might hope too, while plastic boots balance the panel left and right. You’ll need expansive AV furniture to accompany it.

Build quality can safely be described as average. I also took an immediate dislike to a bright green LED which glares at you while the set is on. But (and it’s a big but), given the price ticket I'm prepared to cut it some style slack.

The screen offers three HDMI inputs plus analogue video and stereo audio phonos, a PC input and digital audio optical output. HDMI 2 supports ARC for soundbar use, while component sources can be input via VGA (something of a rarity these days), using an adaptor. Two USB 2.0 ports, Ethernet, and Wi-fi and Bluetooth connections, complete the lineup.

Tuner choice covers Freeview Play, with the familiar rollback programme guide, and generic satellite. Screen mirroring via Miracast is also available if you fancy it.

While the TV recognised my NAS and Twonky Media server, file playback success was limited, with most file types refusing to play (despite claims of widespread support). If you want to play content from network storage, I really wouldn’t recommend this model. Most users will have moved on to streaming, though, so this may not be the issue it once was.

The set uses the Toshiba Smart Portal, seemingly developed by manufacturer Vestel. Somewhat stripped down (like Philips' Saphi system), it's functional rather than flashy, with a single launch bar that scrolls and offers contextual menus.