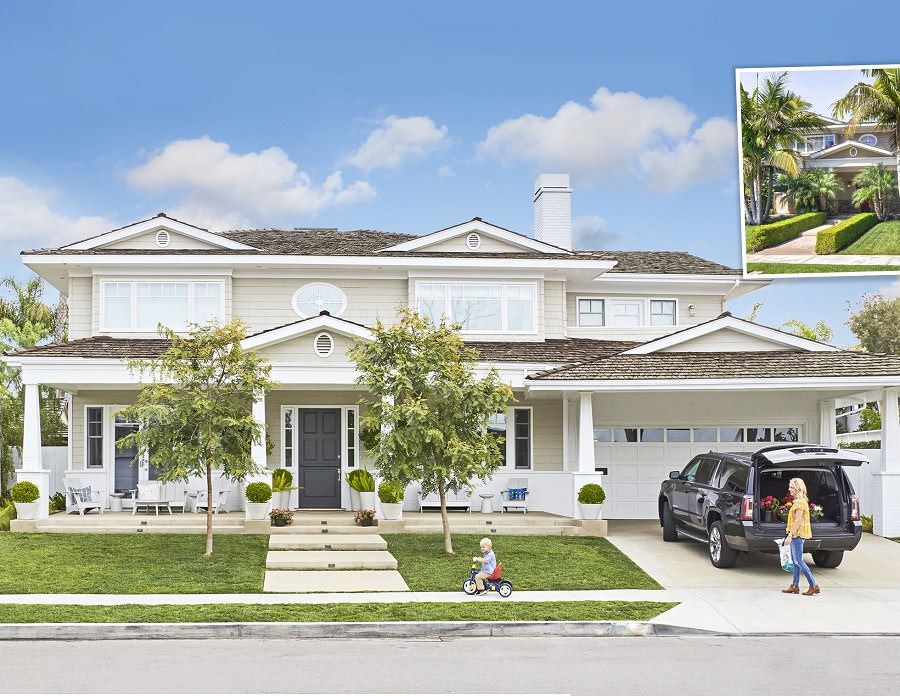 No major teardowns. No big additions. This whole-house redo was all about paint, furniture, and accessories.

Before Brooke Ueberroth and her husband, Casey, had kids, they were always on the go—heading off to the beach, hiking local trails, and dining out three or four times a week. “We were pretty much nonstop,” says Brooke. But once their kids came along, the couple found themselves kind of stuck in their too-small house in Costa Mesa, CA. “Being at home so often made us realize how much we wanted more room—and light,” says Brooke. They found both when they hit upon a 1999 five-bedroom home in Newport Beach with an airy layout, high ceilings, and more than double the space. But while their square footage wish was met, the dingy yellow and brown interiors weren’t at all what the Ueberroths had pictured. So with help from Ashley Clark of sKout—whom Brooke met at a mommy and me class—the couple totally transformed the house without knocking down any walls or reconfiguring rooms. “It’s amazing what fresh paint can do,” says Brooke. “Even on gloomy days, our house feels sunny.” 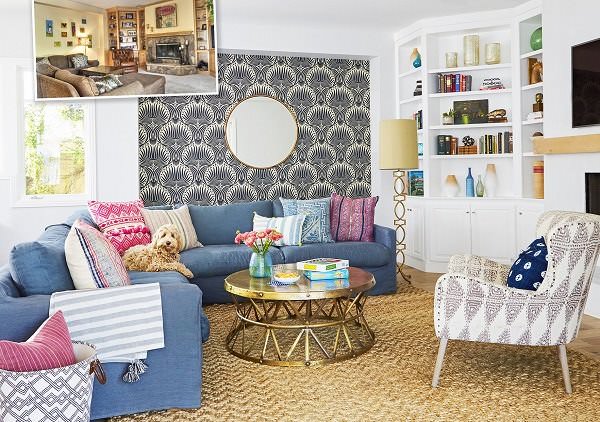 What to do with an odd niche that’s too shallow for furniture? Make it look intentional,” says designer Ashley, who suggested this navy palm frond–pattern wallpaper from Farrow & Ball. The rest of the room—and the rest of the house—is painted superlight gray (Cold Morning by Dunn-Edwards) that looks almost white in sunlight. To make the fireplace blend in better with the bookcases, Ashley had it resurfaced in white stucco, with an alder beam added as a modern mantel. The armchair and brass coffee table are from Dovetail, and the big-enough-for-six (plus Louie, their 8-month-old labradoodle) sectional has a denim-y blue linen slipcover. 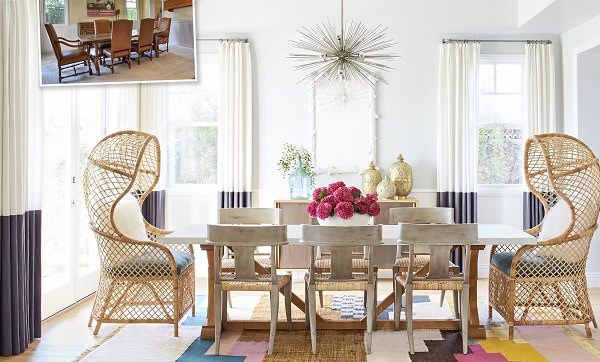