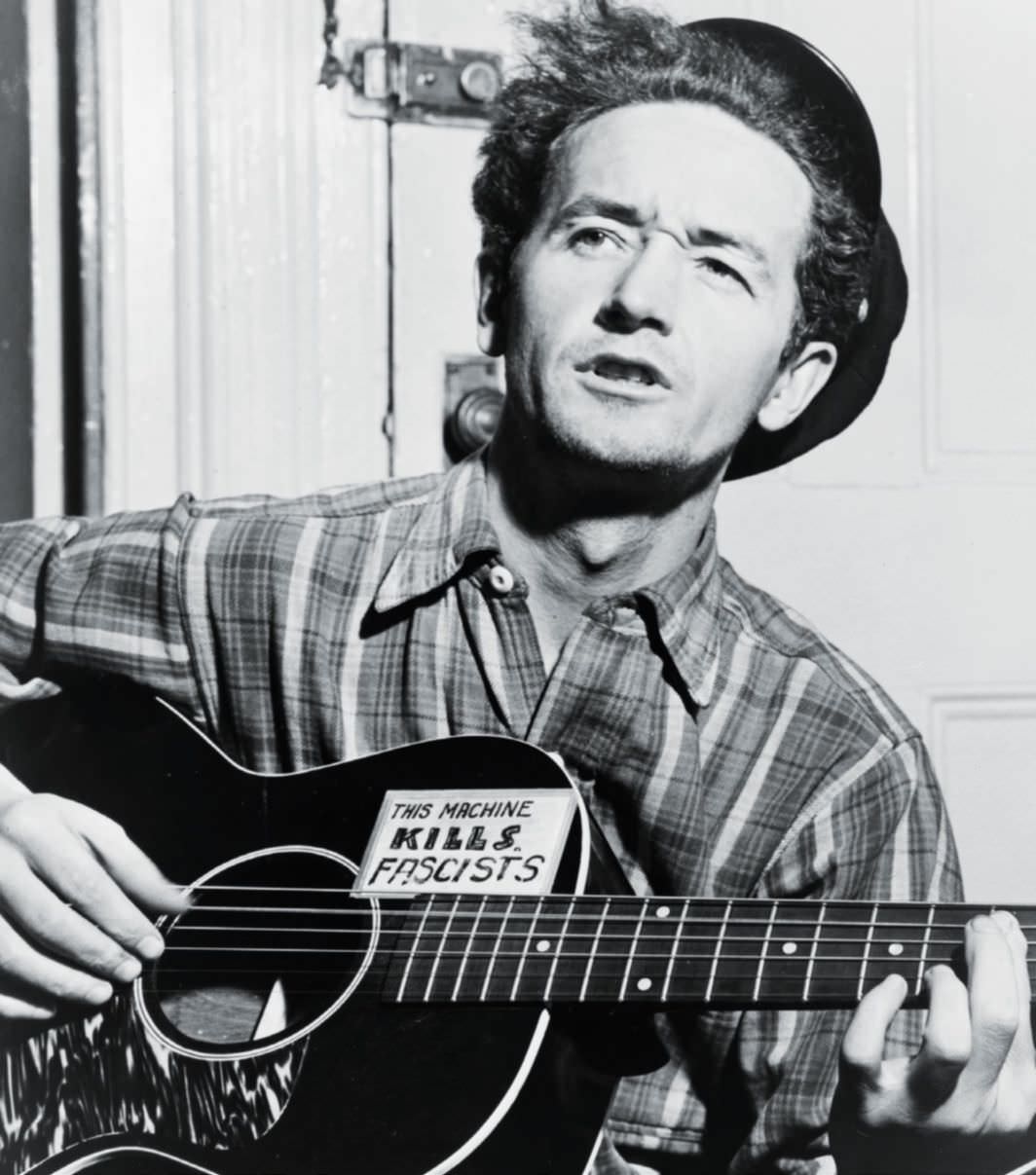 Stuart Ryan travels back in time to look at a pioneering singer-songwriter and incalculably influential man of the people, Woody Guthrie.

The forefather of acoustic folk guitar style, Woody Guthrie lived through some of the most tempestuous episodes of the 20th century – the Great Depression, World War II, the rise of Communism and the Cold War certainly shaped Guthrie into the artist he became. He was born in Okemah, Oklahoma in July 1914 and grew up in a family where singing was a well-practised tradition, from Scottish folk to American traditional songs. His first stab at a musical career came in the early 1930s when he moved to Texas, but the onset of the Great Depression meant that he was soon on the road and looking for work, guitar in hand, and it was singing and playing that helped him pay his way.