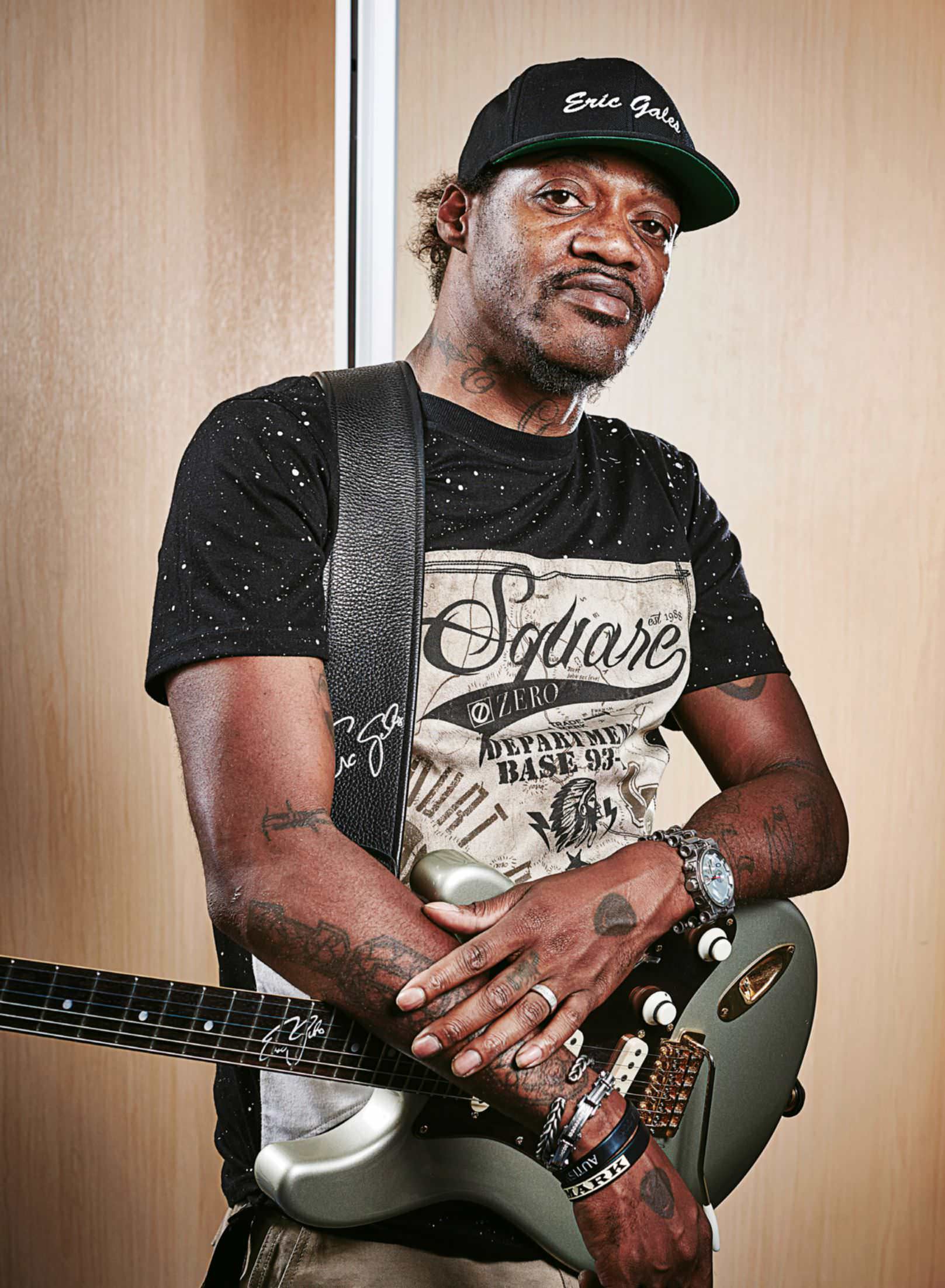 He describes his style as “upside down and backwards”, but when Eric Gales picks up his guitar, says David Mead the blues world can’t help but listen to his heavyweight playing style.

David Mead
It’s a hot, sunny May day at Arlington Arts Centre in Berkshire and things aren’t going well for Eric Gales. The band’s soundcheck has been going on for a couple of hours owing to a recurring earth loop problem having temporarily defeated the crew. We are in a room adjacent to the stage, playing a waiting game. We’ve already been out for ice cream, awarding Waitrose’s Salted Caramel Lollies a ‘best in show’award in the process… but now, all we can do is wait. The tour manager pops his head around the door and apologises for the delay, telling us that they think they’ve found the problem. But it’s still a further 40 minutes before a very hot and bothered Mr Gales joins us in the room.

We’re rapidly advancing towards showtime, but it’s down to business straight away. Time may be short, but we’re determined to find out exactly what makes the man – whose guitar playing has been compared with that of Jimi Hendrix – tick. We begin filming for the tuition pages that follow this feature, but in between the examples, we ask Eric about the inner workings of his approach to playing.

“Basically one of the core secrets in my approach when I’m using Pentatonics or stuff of that nature is I really never think about it. It just comes out and I guess that might come out of my early years of just woodshedding and accumulating many different styles and genres that I was inspired by. As I grew older they began to become like computer chips, logged in my memory – once they’re there you can go to them at random. I often equate it with the web: when you type in a search or something like that, the information is already there and so it goes right to it.

“So I think it’s the same, when you’re growing into your style or whatever, when you’ve acquired sufficient knowledge to be able to go, at will, to wherever you want to go, you just think it and you go there. You’ve already acquired the tools and you’re familiar with it. so you can tap into it whenever you want.”